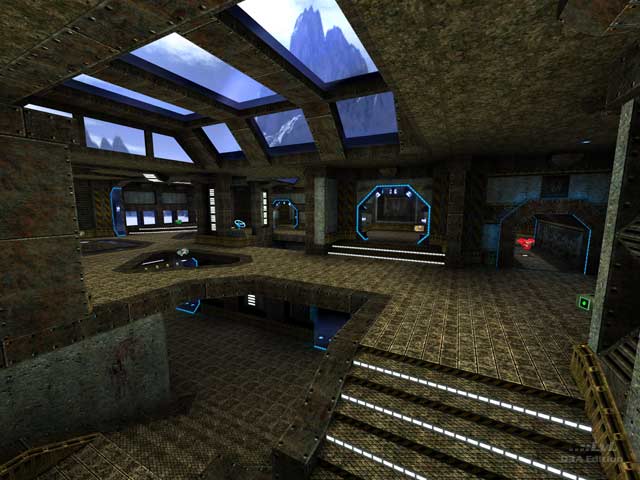 The aesthetic of this map is very simple, but it shows the author's respect for the texture pack that he used. Throughout the map, textures are used consistently in a way that highlights the atmosphere that the artist meant to achieve through releasing this texture pack. The author of the map has used the textures in creative ways, but the color scheme generally remains coherent throughout the map.

I really enjoy the contrast between the darker, warmer colors and the light blue skybox that can be seen through the various windows that are riddled throughout the map. A wonderful selection. My only real complaint is that the lower level seems a bit bland (especially when one looks at the ceiling). More could have been done to the lower level to make the atmosphere more interesting.

Despite gameplay and item placement issues, the map generally flows well and allows for fast-paced gameplay. The map is easy to maneuver - especially going from the top level to the lower level. I will discuss that more at length later. The teleporters are located in interesting locations, but I think some might work better elsewhere. The items are placed at a sufficient distance from each other, which makes players move around the map continuously.

There are great lines of sight from almost anywhere in the map. This is important for maps that make use of the railgun, but even more generally, the map allows players to engage each other at many points. Overall, the map flows very well, which makes gameplay more exciting.

The only weapons that are available for lower level players are the plasma gun, shotgun, and railgun. These weapons alone are not effective in supporting an attack against players with access to the red armor, Haste, Quad Damage, rocket launcher, lightning gun, and grenade launcher. Moving the lightning gun or rocket launcher to the lower level and placing a mega health somewhere down there might help balance this map's layout. Likewise, the map is small to house two powerups, but it should make FFA matches interesting. Overall, the lack of balance between the upper and lower levels of the map causes the gameplay to suffer.

Despite its problems, this map was enjoyable to play and review. I give it a 6.5/10. 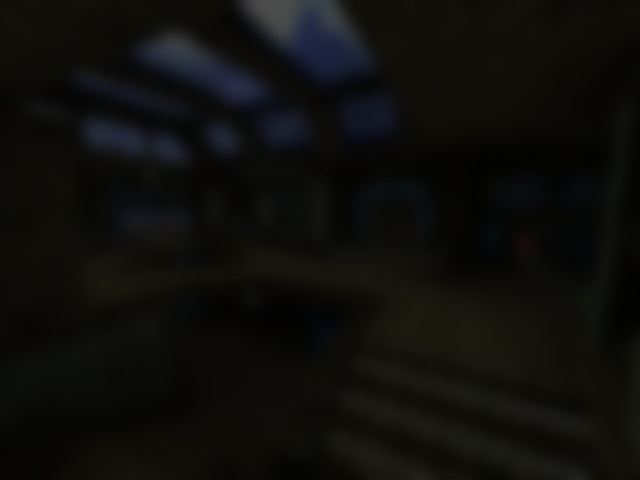