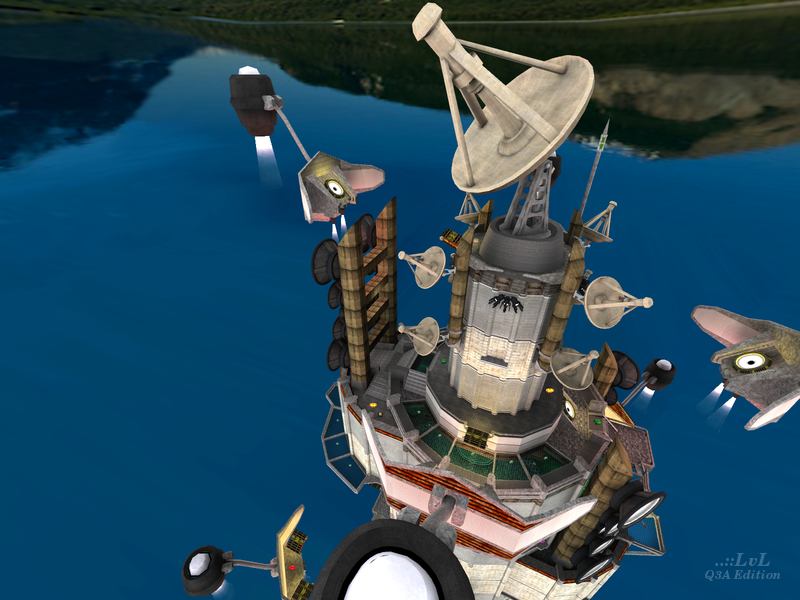 A larger than average download (~36MB) that includes two maps based on the same original theme. The first map - Audiorum V3.5 is described as a sound tech tower in the middle of a lake built by concrete and iron. The map suits DM games best but can support Tourney and TeamDM. An experimental CTF mode is included too. See the readme for more details. This map is very tight outside and very vertical. The inside is more open but just as vertical.

The second map - Audiorum : Echo Station - is a smaller sound tech station [in] the ocean. You start without ammo or armour. The weapon and ammo pick-ups also have reduced amounts. The layout is more interesting and so is the game play in DM and TeamDM modes.

Both maps are over bright outside and heavily coloured inside. The visual detail is amazing and creates an environment that is unique and interesting but is done in a way that it becomes overbearing. The levels feel like they have been constructed to satisfy the sound station theme firstly then game play was added.

According to the readme, Martinus had issues related to the amount of detail that could be added to the level. It appears that Martinus kept hitting Q3A engine limits and had to cut back. The render engine is at least 16 years old now and a lot has happened in computer hardware and software since then.

Bots do play both maps but do have a few issues. Adding a few extra bots helps minimise these problems.

Download for the theme and the experimental game play. 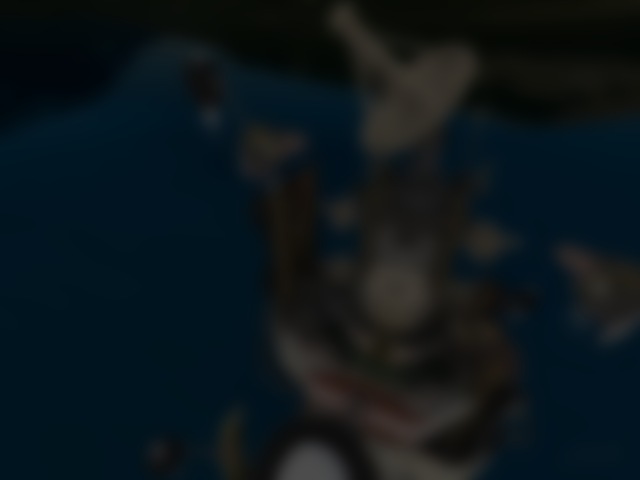