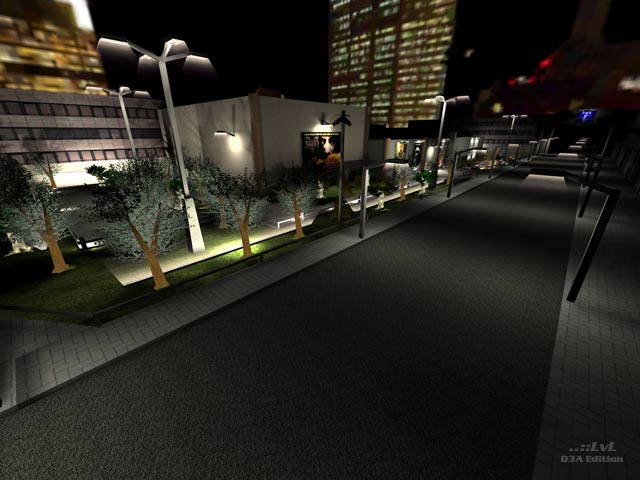 This map is not your regular Quake 3 map. It is designed to look like a city street complete with shopping mall. A wide variety of custom textures are used to bring a convincing real-life look and feel to the map. Various posters, including those of real life movies line the walls. Usually real life locations do not work out really well in Quake 3 but City 1, however, does not play all that bad. This is mostly thanks to the openness of the map. The various areas in the map are open spaced and do not necessarily feel cramped. Scale is often a problem when creating real life locations in Quake 3, but this map takes some liberties in that area and sacrifices realism for gameplay, which definitely benefits the map.

The street is a wide open play area where any player with a railgun will easily dominate the other players attempting to cross the street. A railing lined with a row of trees does offer some protection and blocks line of sight somewhat. The shopping mall can be entered from two entrances, a main and a side entrance. The main entrance takes you directly into the hallway of the shopping mall. The side entrance brings you into a burger joint where the only employee appears to be a dead skeleton. No burgers are served here anymore, but the ammo boxes on the table are much more useful than burgers. A doorway takes you into the shopping mall hallway.

The mall's hallway has a staircase to a second level, like a balcony around the entire hallway, which is really the only place where you will find some vertical combat action. At the center of the hallway there is a pool which appears to be a teleporter, although you won't know until you actually jump in. The teleporter takes you to an odd room with a lava pit and the Quad Damage. Other players can see into the room through a glass window and push buttons to shoot rockets at the player inside the room.

The map features a few nooks and crannies that do feel a bit out of place and far too cramped to be of any real use. One such area is a room with a skeleton watching The Matrix on a TV. The room holds a Railgun but otherwise serves no real purpose. There is also a relatively large number of teleporters in the map marked with bullseyes, placed in seemingly random positions. They can be used to travel quickly from one place in the map to another, but it is hard to imagine them being used for gaining a tactical advantage.

While the map won't break any gameplay quality records and isn't suitable for serious competitive play, it can definitely be a fun experience if you enjoy this sort of off-beat thing, especially when you throw some mods like Excessive Plus into the mix. 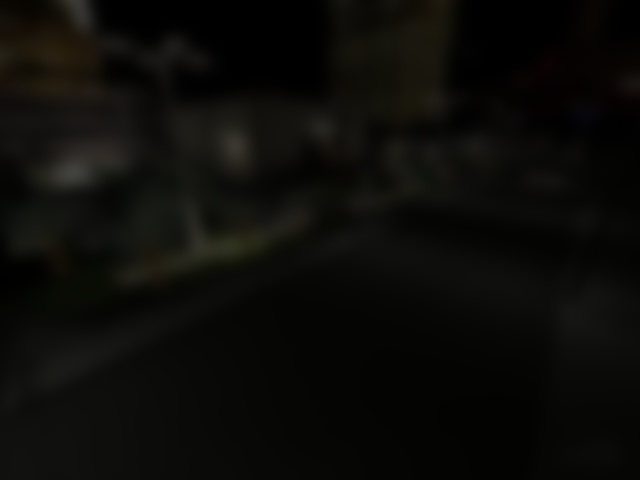