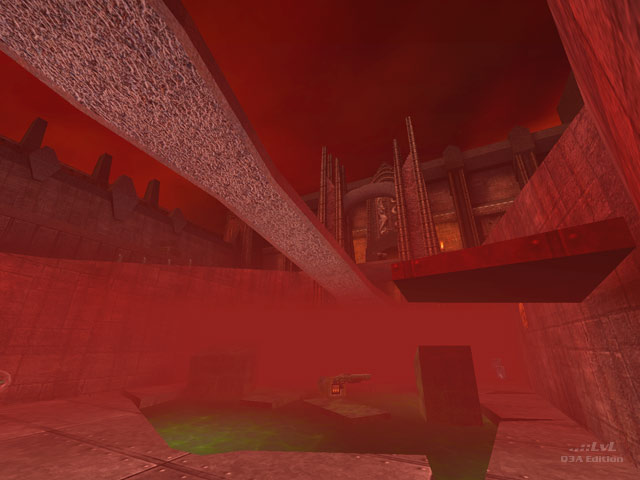 A remake of q3tourney3. The main change added is that instead of being a central death pit, the red fog hides a passable area. In this area you can pick up a SG, some armor shards, and some ammo. You can jump back out via some crates, or take a teleport which leads to a new hole in the wall that overlooks the map, with a 50 Health. Besides these main changes, there are also other small changes such as random boxes and extra ammo packs.

IMO these new changes add nothing significant to gameplay. The construction in the new parts is notably more crude and unprofessional than in the rest of the map. Another problem is that the red fog does not blend; instead it looks like a very harsh barrier which it is difficult to see beyond. Sometimes this problem is caused by having more than 1 visible surface of the fog brush.

A remake which should probably be left alone... unless you have always wished that you could walk around in the bottom of q3tourney3 and not die.

Bot file: Thanks to Mapsking for putting together a bot file for this release. 31st May, 2020. 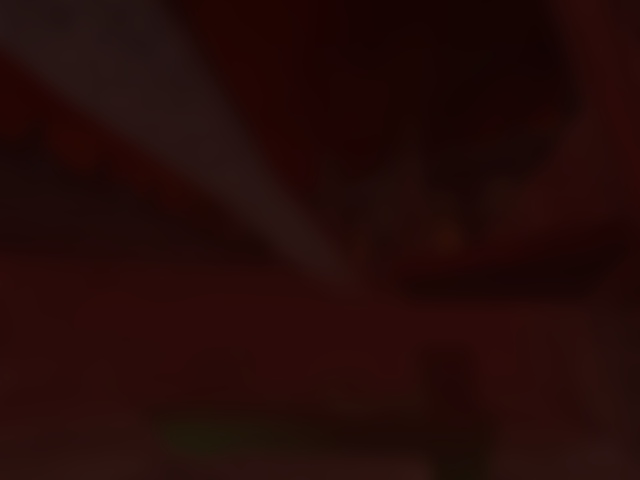