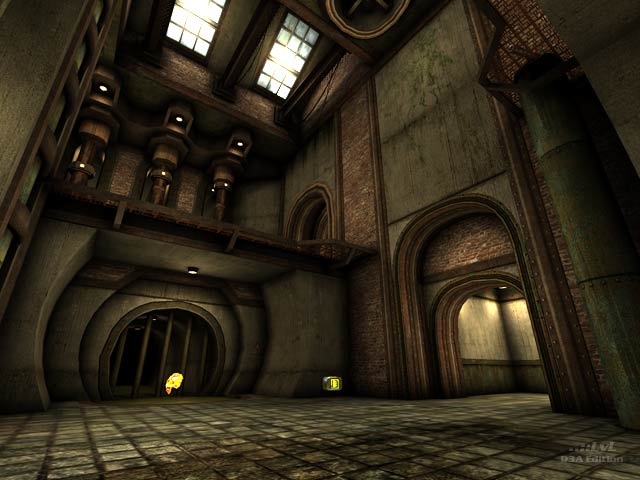 Corrosion (phantq3dm3_rev) was a submission in the Summer 2010 NoGhost Mapping Competition where it received second place behind Solitude, which was, of course, an amazing map. One may remember Phantazm11's submission to the Winter NoGhost Map Making Competition where he also received second place for his map Substation 11. While he was consistent with his placement in the competition, the quality of his second map greatly improves over his first submission. Needless to say, this map is a masterpiece, and everyone here should pick it up.

Phantazm11, maker of Battleforged and Black Cathedral in Quake Live, has made another map of such quality. The map could easily be featured in a future map update for Quake Live. He likes to build them big and beautifully like Kaz did in Lost at Sea.

Although the map is large, it surely is not boring. The map itself is perfectly capable of supporting great game play. This map could easily suit a 5v5+ in TDM and Clan Arena and at least 8 people in FFA. That being said, the map's layout is also fast-paced enough to accommodate smaller matches of 3v3-4v4. The connectivity between areas of the map that hold specific weapons or pickups (like Red Armor) is brilliant. One is able to transverse the map quickly and easily despite its size. There are two rocket launchers in this release, which was different from the release that we judged in the competition, but the layout changes help accommodate the large scale of the map, so they are fully welcomed.

As one will note when playing on this map, the game play is extremely competitive, and it is hard not to play more than one round in one sitting. This, however, is not the only thing that makes Corrosion great.

Another obvious point of interest is the theme. The textures, which were made by Phantazm11, are incredible and refreshing. They are really creatively used to fabricate an interesting, grungy atmosphere that immerses the player with all of the other details. The lighting is also good for the atmosphere and mood of the map. The ambient sounds are also very nice because they add a dimension of realism to the theme. The map also takes advantage of brilliant shaders to create the effect of light rays shining in from the windows, fog, fog water (slime), the shadow of a fan on a wall and some other details. These details are among my favorite because they give the map a polished look to go with the architectural and atmospheric brilliance. The architecture of the map is also amazing as it involves high ceilings, beautiful curves, and good game play inducing geometry.

Like in Battleforged, Phantazm11 used some interesting geometry to allow visibility in parts of the map that would otherwise be obstructed by walls. He does this by making fence-like obstacles that one is capable of shooting (but not moving) through. This allows the line of site for a lot of areas to be greater, and it makes it easier for players to be aware of each other in such a large map. The curves that Phantazm11 used are very nice because they establish flow very well. Players are able to maneuver around the map quickly while not being obstructed by anything. This is great for large games, which will more than likely be played on this map. Beyond this, the geometry of the rooms is interesting because some of them I have never seen even conceptualized in other maps. The game play is intriguing due to this fact, and coupled with an amazing theme and atmosphere, this map really shines and holds its spot with the best.

In this map, Phantazm11 was able to pull off an extremely well-made theme without totally overloading players' FPS with details. There is not a ton of detail that could be obtrusive to game play or performance. Every bit of detailing is right where it counts. The ambient effects of the map are of a new quality. The theme is brilliant. The game play is great even with this level of detailing, which is sometimes not done. Given that this map was made in 6 weeks, it makes me wonder how Phantazm11 will map in 6 months. Will he continue to grow and become a better mapper? Even though this is his fourth map, it is hard to imagine one of better quality. I guess we will see, won't we?

I rate this map a 9.4/10. Please, don't hesitate to download it; it will stay on your hard drive forever. With a brilliant theme and game play, this map is one of the best I have seen in a long while. It would be crime if it is not played, so gather your friends and play until your mice break. 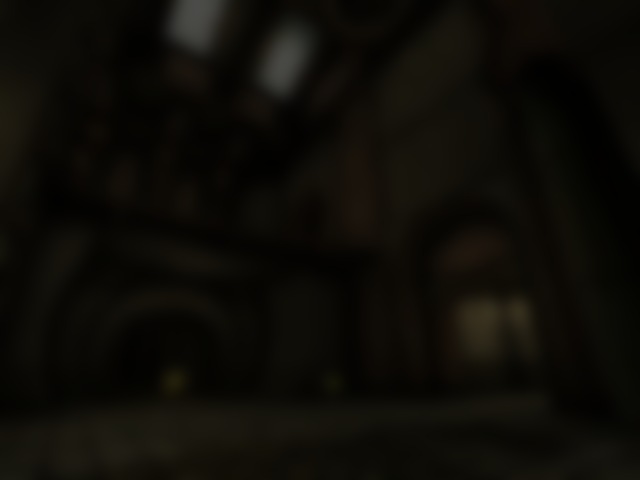