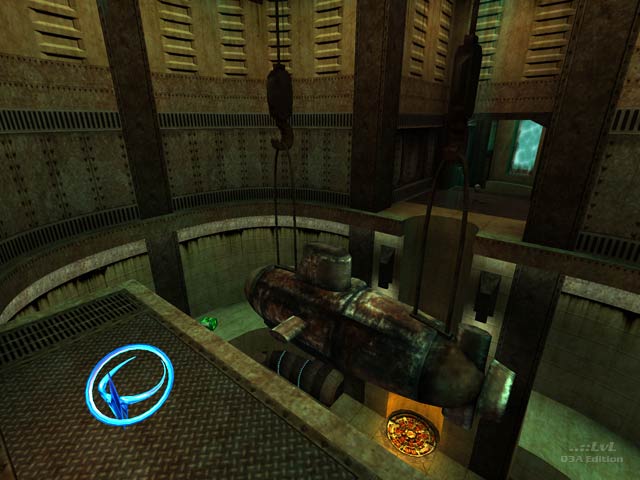 Kazdm5 was a submission in the Summer 2010 NoGhost Mapping Competition where it received fourth place by the narrowist of margins. The mappers in this competition went all out, and all of the submissions were spectacular. This map is no exception as it is interesting, well-made, and nothing less than superb.

This map was definitely one of the spotlights of the competition for me. The theme itself carries the map upwards through the placings of the competition since it is so unique and well done. The map, if you could not guess from its title: Lost at Sea, is built in an underwater environment. The atmosphere is completely immersive since Kaz uses props that fit in with what would seemingly be present in the underwater theme (air tanks, generators, and even a submarine!). Not only does Kaz use props to suggest that the player is underwater, but he also lets players view the water that surrounds the construct in which they play through amazing, well-placed windows. The lighting also has an important part in administering the mood in which the players play, and the cleverly-made puddles of water on the floor caused by dripping pipes constantly remind the player that he or she is underwater. The theme is unique and immersive, and that is the best quality of this map.

The structural architecture of this map is also very well done. Much like Phantazm11, Kaz was able to create a large, open map with sweeping curves and high ceilings (at least in some parts). The molding of the rooms is fairly creative but not unrealistic. The construction of the building itself seems like it could have existed in the real world should such a building had been constructed. The connectivity of each area is also well planned, which makes it apparent that this map, while seemingly open and heavy-handed, was actually delicately formed with every intention of being how it is. The only criticism that in my opinion made this map lose its position at 3rd place is the detailing. There are plenty of great forms of detailing in this map, but in some areas the walls are rather bland, and in one hallway (the one that connects the railgun room to the center), the detail pipe is more obtrusive than anything else. Also, the submarine is an obtrusive obstacle in the center of the map. The idea to use a submarine instead of regular platform was brilliant, but it is a shame it takes a toll on gameplay. Regardless, the architecture is beautiful and extremely appealing, yet realistic.

The game play of this map is rather straight forward. There are not many interesting areas in the map for game play, but they are all very well done regardless. Sometimes the game play is like some parts of the detailing: bland, monotonous and uncreative. That being said, this map can surely support a great 3v3 or 4v4 TDM match. There is a lot of room for air rockets and other great shots, so I'm sure many people will enjoy practicing on this map at the least. The game play is not bad at all, but it is not overly different from a map like Q3DM6. There are a few lovely areas of the map that are wonderful for game play, but I believe Kaz could have done a bit better with some more time for planning.

I rate this map an 8.5/10. This map is superb in its own right. The theme and atmosphere are immersive, creative and very well presented in this very architecturally appealing, well-made map. I have not enjoyed watching a map being made as much as this one in a long time, so that was a treat for me and everyone else who was watching the competition. I wish there were prizes for the top 4 places of the competition because this map surely deserves it. Kaz narrowly missed placing third in the competition, but he is definitely capable of creating something amazing. I hope he continues to map and that he participates in the next competition so we can see more of what he can make.

I strongly recommend downloading this map whether it is to enjoy a few games with some friends or just to be awestruck by the amazing theme embedded in this map. 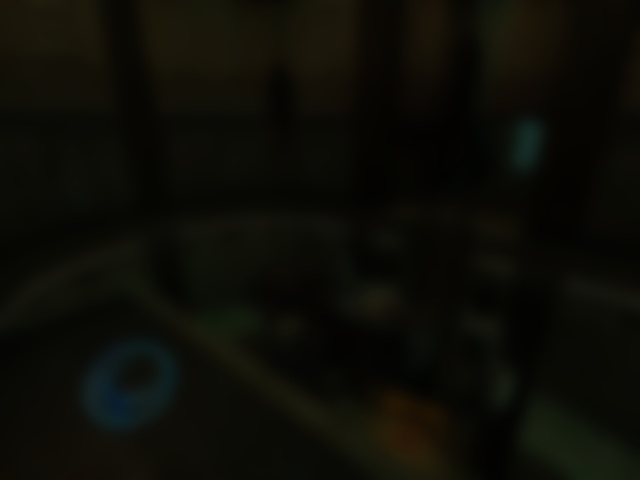