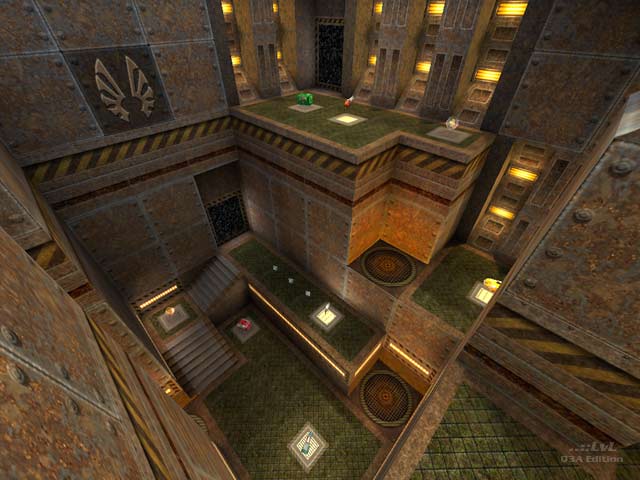 Another solid tourney map from the author of pohan3dm2, and very similar in design (which is a good thing). Basically an open atrium with 5 levels. Several jumpads keep the vertical element important, although you become an easy target for the rail. Two sets of teleports keep you guessing where your enemy really is. Quickly figure out where each set leads to, or you will get crushed in a hurry.

Textures and architecture have a Q2 feel to them, with Strogg logos, rusted metal and recessed lights on the outer walls. The only cover comes from a few walls on the upper level. Lighting is good but somewhat flat.

Select weapons are RG, RL, SG, MG with some health and no powerups. This map is no problem for bots with fast gameplay and no time to rest.

I am a big fan of small tourney levels, so Takkie keep 'em comin'. This one is a keeper, grab it!

Takkie notes in his readme that this is map is intended as a tourney or crowded 2v2 team deathmatch map. I would whole-heartedly agree: including more than 2 additional players leaves you waiting to be mowed down as soon as you spawn. Bots tend to move around with ease, you'll be racking up frags too fast to really notice.

The map is very tight and does offer some staggered vertical play focused on a rectangular atrium, but the weapons are far too numerous. Takkie includes a railgun and missile launcher, but in an arena so small and open, they are more novelty than useful tool.

Unfortunately, this map isn't intriguing enough to make it as a dueling map. The layout is very linear and leaves others' whereabouts completely obvious. Unless you are in dire need of a tourney map, I would probably leave this one out of your cue. 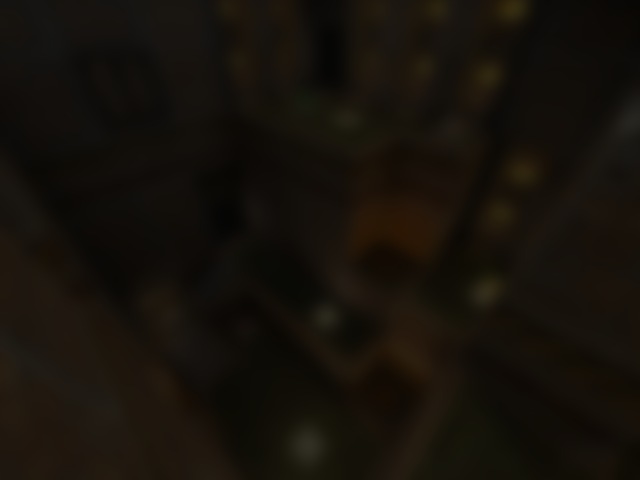