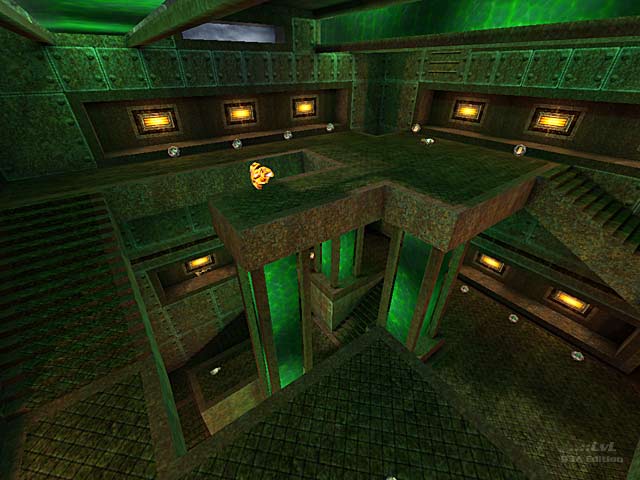 Sharing the same theme as his last entry, Poekster (pohan3dm1), Johann has built a 5-tiered vertical arena that is dominated by two plain textures (white and gray) while relying on light entities to provide color.

Animoe truly feels like a sequel to pohan3dm1. Offering the same fast, tight action, while expanding on its premise of pure item control. While Poekster's game-play was entirely centered on the yellow armor, Animoe throws a gold cross into the mix, adding yet another important item that must be controlled. Although the presence of two yellow crosses so close to the yellow armor significantly reduces that. Once again, the walls are riddled with depressions, housing well-placed weapons, all barring the BFG, and provide just enough room for bunny hopping AKA turbo running. Also, it should be noted that I feel the lift located on the bottom floor should be exchanged for a jump-pad, and the same should be done for the teleporter located on second level. The former feels out-dated; the latter makes it too easy.

Bot play has also been improved, which is a good thing, because I still believe that these maps are more suited as training grounds for new 1vs1 players. However, not having at least one online match before you delete it would be a shame.

Bottom Line: Try this one out. There are certainly better maps out there, but I think you'll agree that Johann has a lot of potential as game play-oriented level designer. Besides, this one was pretty enjoyable!

Could be an entry for a 1024^3 contest. Basically a narrow, tall 5 level box. Simple textures and clean architecture with vivid, colored lighting to give contrast. 4 central towers allow cover for the lower levels. Two teleporters keeps the map well connected. The bottom most tele sends you right to the top, so snipers beware. No jumppads but one lift and plenty of stairs.

All weapons except BFG, no powerups, no ammo, but plenty of health. Botfile included and they play just fine. Gameplay is fast and chaotic (read: fun!). I love small tourney maps and this one is a keeper for me.

Tigs notes: The level has been updated since the reviews were submitted and now includes a second version of the map using the mkoxide texture set, but is otherwise the same. See the screenshots for more details. 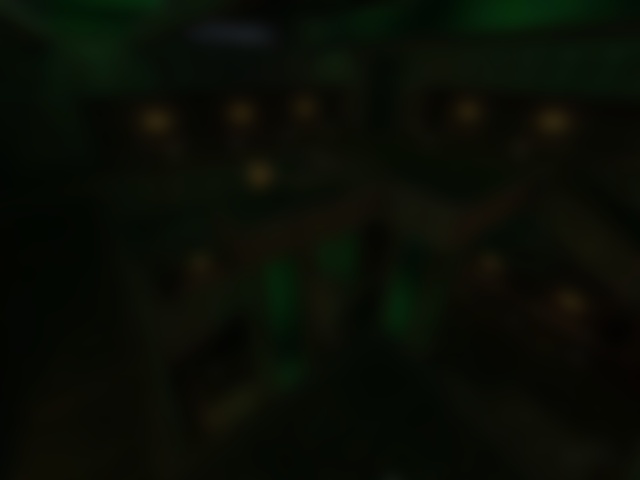