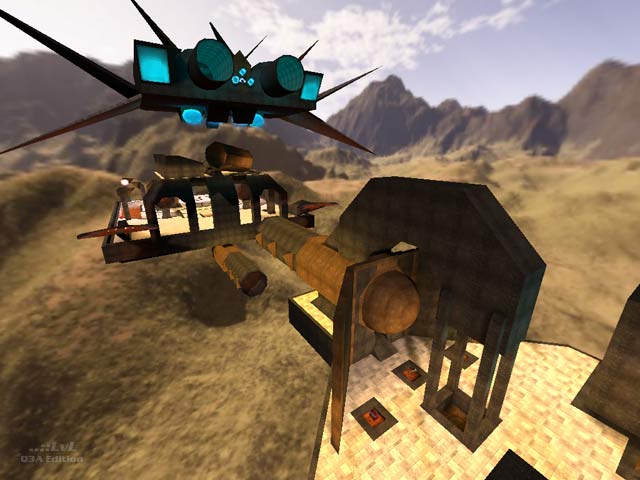 This is very interesting (and original - if you have not played The Guns Of Navarone and GON2 - Back to Navarone) map, definitely worth checking out!

Basically it is a large floating platform somewhere in the desert - thanks to the nice GON2 skybox. The main feature are huge cannons you can load yourself into - and boooom, they will fire you across the map. This idea was already presented in previous GON and GON2 maps by Quint - check the readme for details. Above floats nice and armed spaceship. You can get inside and take over the controls. Texturing is very good and similar to GON2. Lighting is nice too. The music comes from from GON2, which is fast hard-rock and perfectly suits the style of this map.

Some minor bugs found: Jumppads that load two cannons near RL are not placed properly. The patch of the broken cannon near quad is not clipped and you can walk through it. And finally the botfile is included but it was not compiled using -forcesidesvisible switch and therefore the bot-activity is very close to zero (bots move and shoot only if they see some enemy). I recompiled the botfile using the switch and bots played well, even using the cannons with no problems.

Overall the gameplay was good, but i think it is not as good as in GON2. Very good map, but maybe it takes too much from GON2 (music, skybox, textures) ..well, not everybody knows the previous maps and if you have not played them you might be really surprised :). I think most people will like GON3, download!. 7/10 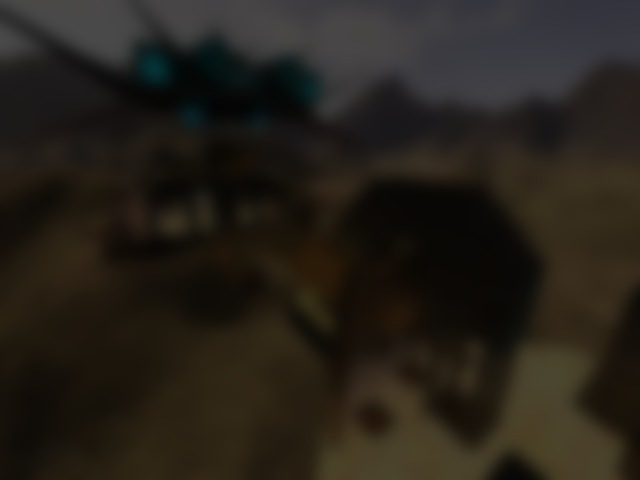