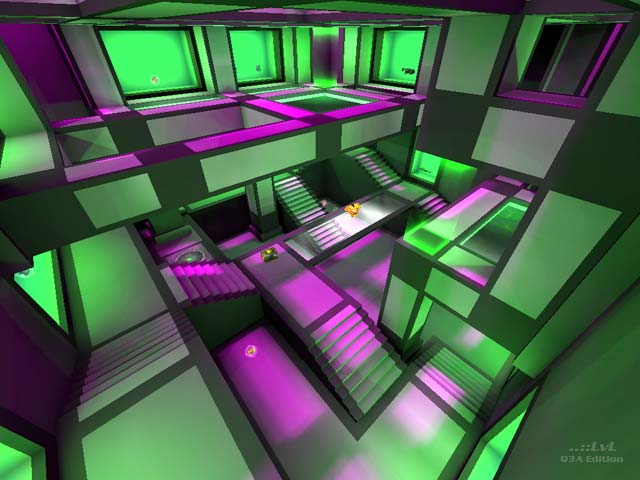 This arena certainly sports a unique look. Poekster is a tight, 3-tiered box map that is primarily covered in two textures: plain white and plain gray, which were provided by the author. However, green and purple lights illuminate the arena giving you a colorful, somewhat tropical experience. Needless to say, nothing was miss-aligned. (And if there were any, you wouldn't be able to tell!) Poekster certainly won't win you over based on its looks alone, but then again no Q3A map would.

For a first release, the items are placed fairly well. The weapons, (everything but the BFG) and some of the smaller items (AS, GC) are located inside depressions along the wall, which actually provide some much needed maneuvering room at the cost of being an easier target. There are three yellow health crosses, all of which are boxed in alongside each staircase. Their locations leave much to be desired, since most of your attempts to pick them up will get you fragged. The heart and soul of this map, however, is the placement of the yellow armor. It resides right in the middle, just begging to be picked up. If you've ever wanted to learn how to win a map through item control, by keeping away, this is an excellent example.

Bot play is acceptable, and I actually recommend it over human opponents for the reason mentioned above. Poekster should be played by newbies to the 1vs1 scene, so that they can become accustomed to the concept of keep-away.

Bottom Line: Give this one a shot, at least for a couple of games. It's not going to be on your hard drive forever, but it demonstrates serious potential. I look forward to seeing Johann's future work! 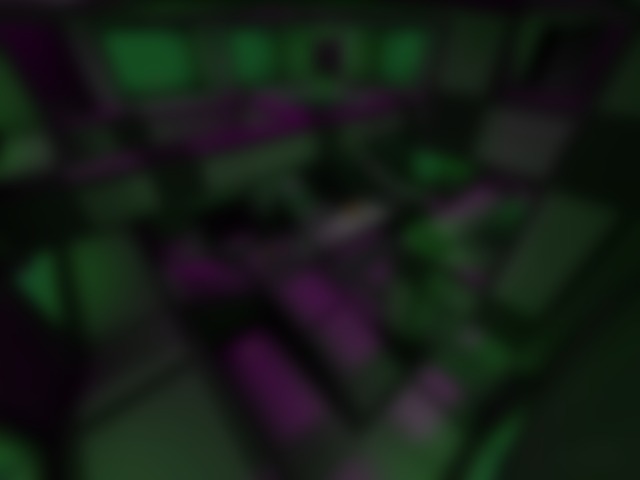