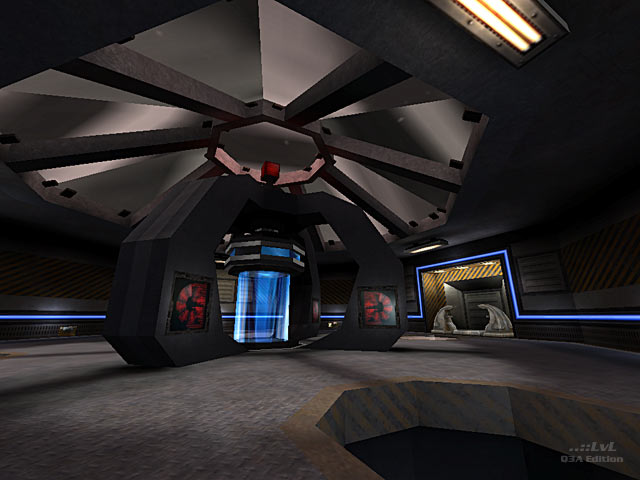 Abandoned Reality by [FSF]Moses is a base styled map, which has pipes that run through it's hallways carrying green acid. When I say hallways I mean hallways. Lot's of them. When I first played the map I felt very lost, and now I've played it quite a bit now, and I still get lost. I love a map that takes you a while to get the layout stuck in your head. I can't imagine how difficult it is to make map of this sort, and to keep everything perfectly connective to get from here to there. The green acid can be seen through glass in the floor in spots. The pipes and their layout keep the hallways visually interesting. The railgun sits on a thin platform surrounded by the green acid in one room. Due to the fact of running around in the hallways it makes a lot of the battles turn into one on ones within a hallway, even though there could be twelve players in the map. There are jumppads that send you up through tube styled vertical tunnels to reach the walkways upstairs.

After playing the map a couple of times I found a room that just plainly owns. It has a huge machine built in the center of the room, that when you step into it, it replenishes your health and ammo. Somewhat the same kind of thing that q3dm10 possesses, yet amazingly much nicer of a look. Above the machine are ceiling windows which allow your to see that your in a space-station. 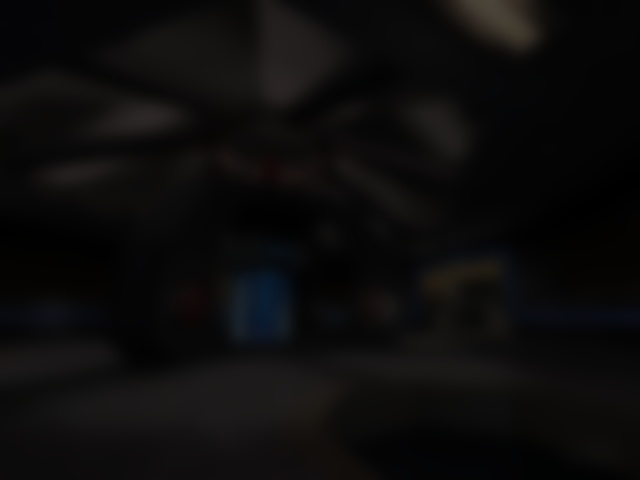