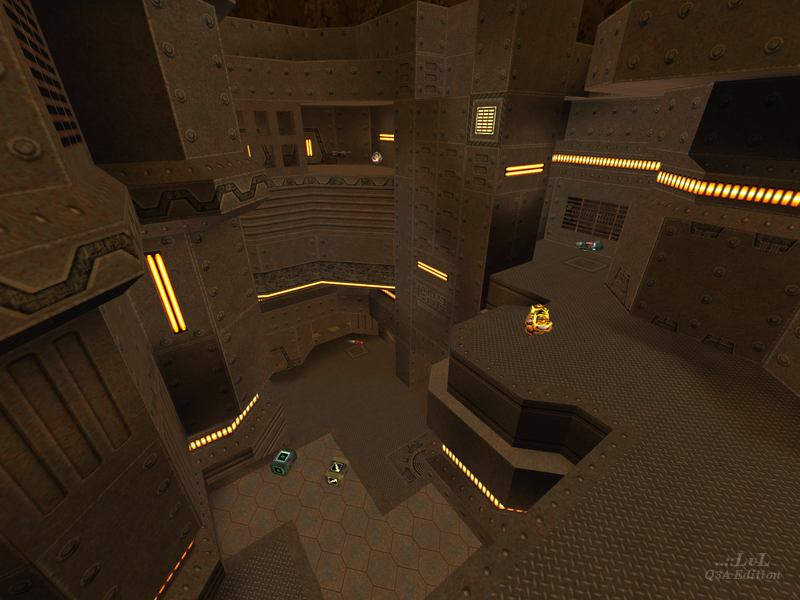 If you play a lot of 1-vs-1 deathmatch and need a new map for your fraggin' pleasure - today is your lucky day. This map is a multi-tiered outdoor, foundry with a central tower. So, I guess the gameplay has you going in circles.

Very nice brush work, sky, and textures which give the right atmosphere to the map style. Small ledges, angles, and arches give cover and make the small area interesting, yet not distracting. RL down low and RG up high, with all other non-BFG weapons spread around. Just enough health, armor and ammo, but no powerups or Quad.

Gameplay moves from the low end of the donut either way round to the high end and back. A very fast map with humans. Bots navigate very well, but do not go for the Red Armor (hint: hit it at an angle). My only gripe is that the LG, RG and YA are easy to scoop up in a short distance. Campers can dominate in the rail area but that can be thwarted by teleporting in with plasma / rockets blazing.

Stop reading, start downloading. This is my new favorite 1-vs-1 map.

Kaz has produced yet another tournament map for Quake III Arena. It has a delightful atmosphere created by the geometry, Evil Lair's fabulous eq2 texture set, mechanical sounds and a modified Unreal skybox. The geometry really does work brilliantly with the texture set, although a bit more clip could have been used because it's easy to get stuck or wedged in between geometry.

Game play is mainly vertical and the large open area layout of the map bestows a very good tournament map (a three player death match can be fun as well). Item placement is nice, and the rail gun can be very dominant in this map. Bots play relatively well, though they seem to ignore the teleporter behind the lightning gun, which is the only way to the rail gun ledge.

Not a waste of download time if you love playing the tournament game type, and could possibly be a keeper for some. 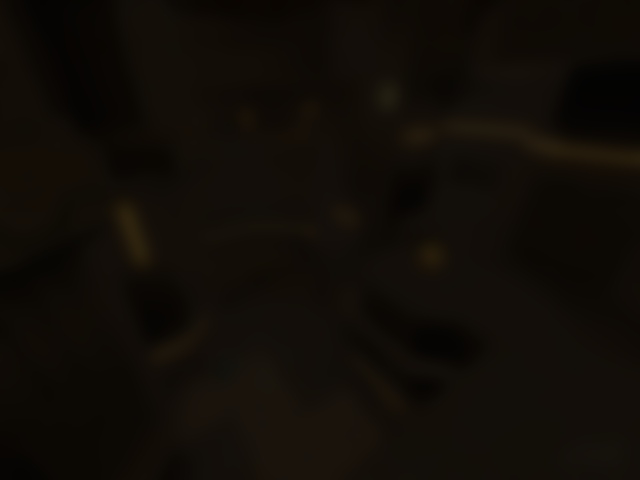