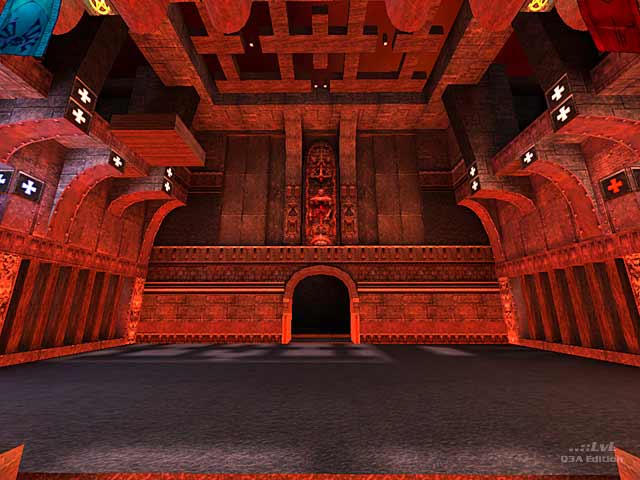 Lava filled gothic castle theme.in the same vein as Pain from Spain, but where that map pulls it off, this level has some issues.

First off, Mapmedia.pk3 strikes again! Why this sort of thing doesn't get picked up in beta testing I don't know, but there are missing textures abound.

I appreciate the map is a remake but in reproducing a level I feel it would be appropriate to make alterations that fit a different style of game play. If you like traps and pushing buttons you are in for a treat but if you feel that sort of thing is more akin to a single player level, you might be disappointed.

There are some interesting pieces of architecture here and there but also some areas that appear unfinished. Dubious texture choices have been made in places.

For my taste many of the walls were far too thin resulting in an insubstantial feel to the map.

Worth a look if you are a remake fan and don't mind the odd missing texture.

Update: This map has been updated. The download version contains a number of changes and improvements over the reviewed version (too many to list here). (12.Nov.2004) 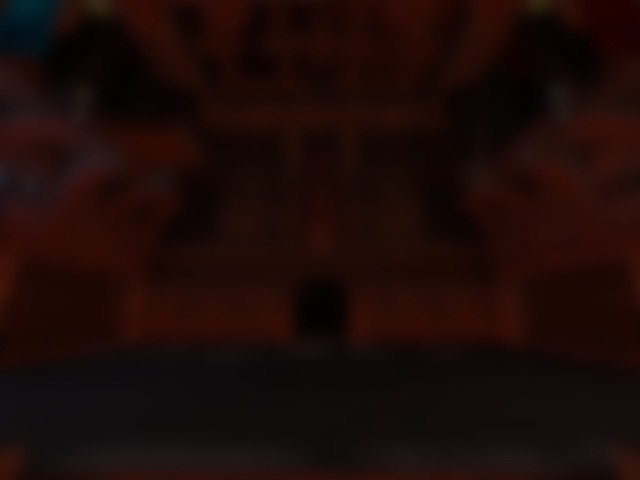