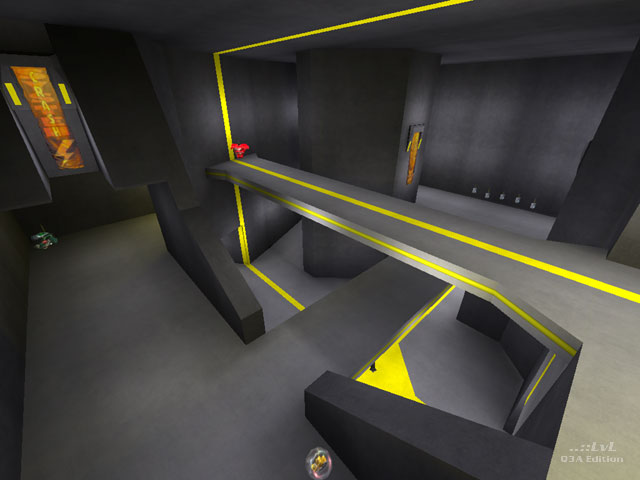 Chi's Ain't No Time, is a welcome break from the overly-elaborate gothic and base maps that appear so often. Sometimes simplicity is the way to go.

The map is a simply constructed single-atrium map textured in Evil_Lair's DSI set as well as a few from Rorshach and the author himself. The geometry in this map is sound; you'll not find any long boring corridors here. There is some nice vertical action all around, and keeps the player interested. It is tightly packed, leading to some fast-paced gameplay, but open enough to allow one to think about where to go. The texturing of the map accentuates the simple walls and angled floors, what with yellow stripes and teleporters keeping them from being monotonous. One of the coolest things about Ain't No Time is the weapon/health/ammo markers. What Chi has done is instead of the typical floor marker, he's made a nice little yellow diamond to indicate spawns.

The gameplay is solid, and all weapons are accounted for minus the BFG. I noticed only one problem with this map, light bleeding up through the floor, but it's rather minor.

This map is a winner. It's small size and artistic flair will keep you playing for at least a few rounds. Get to it! 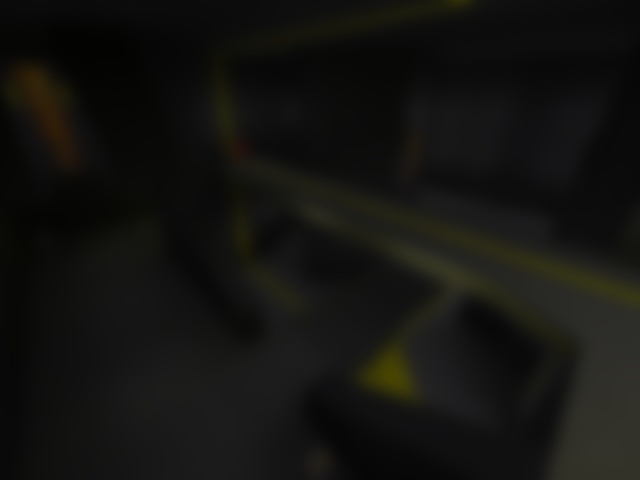