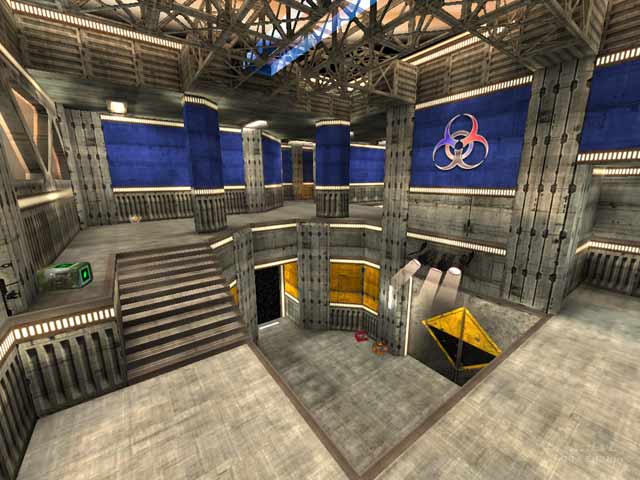 shaman&dragon(remix) by acid is the result of the demand for a TeamDM version of the original shaman&dragon. In my opinion this version is the definite better of the two and there are plenty of other people in the community which completely agree.

The majority of the difference was made through the use of angling off some of the floor, like the little platform in between the MH and RL, now it is possible to get a well grounded double jump up to the MH from the RL on the bottom floor, and a platform has also been added to allow you to jump up to the MH from the other area of the map also. You could almost refer to this version as the easier one of the two.

There has been some other subtle changes also which vastly improve the overall flow of the map, along with item placement, and gamma has been increased to be brighter slightly in this version.

If your a fan of the original, than your going to want to download this version as it is a major improvement.

Throw cpm1a and cpm3 in a blender and grind them up. Open it up and pour it out, and you have this map. It has the classic taste of the early challenge pro maps yet it glares straight in your face the realization of the possibilities of promode movement of today. I don't see why this wouldn't even make a good tourney map also.

Give it a try and play it the way it is now, and tell me if you think I'm wrong, but I guarantee you'll find the changes an overall improvement.

I've heard a variance of opinion on the style of this maps' texture scheme, but if you're looking for a map that really hasn't been tapped into yet as far as it's potential for a great duel experience than you really will like this map. It's really addictive, and open to so many possibilities. 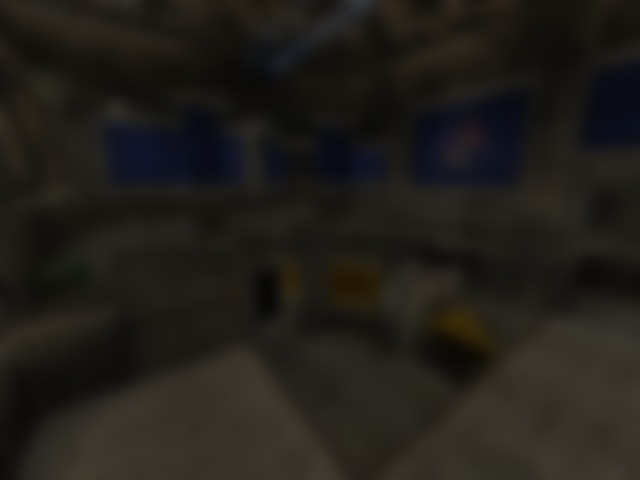