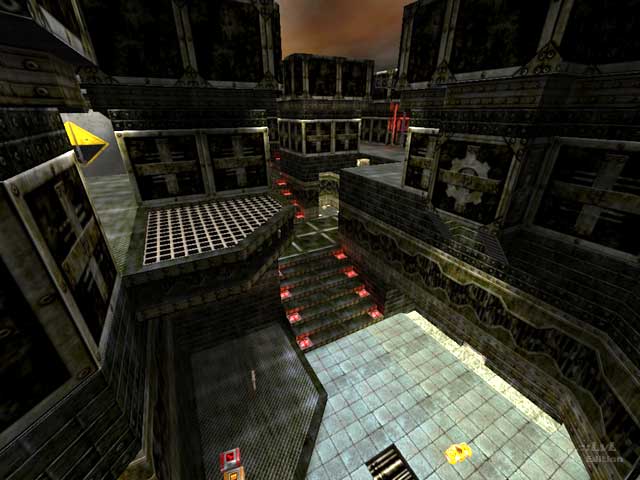 Empty words by ShadoW is a tourney map designed for competitive play with the CPMA Mod.

You won't find trickjumps to be the primary focus in this map. ShadoW states in the readme that this map was designed for fast play in cpma. The size of the map seems kind of large for a tourney map, but in essence cpma brings such fast paced action to q3 that some maps that seem overly large in vQ3 are sized down considerably when a promode player starts tearing ground up on a it.

In essence the map is more vQ3 focused in my opinion, but much more playable in promode...obviously.

The map includes custom textures from Charon and Rorshach.

Nothing about the map really stands out as groundbreaking or original in any fashion. The map consists of hallways and lots of stairclimbing. If your looking for some straight deathmatch action than look no further. It isn't quite what I would have expected out of ShadoW. When overlooking his past maps, this map looks a little bit more rushed over than his other map releases.

Nevertheless though, it's a good map through and through. Check it out! 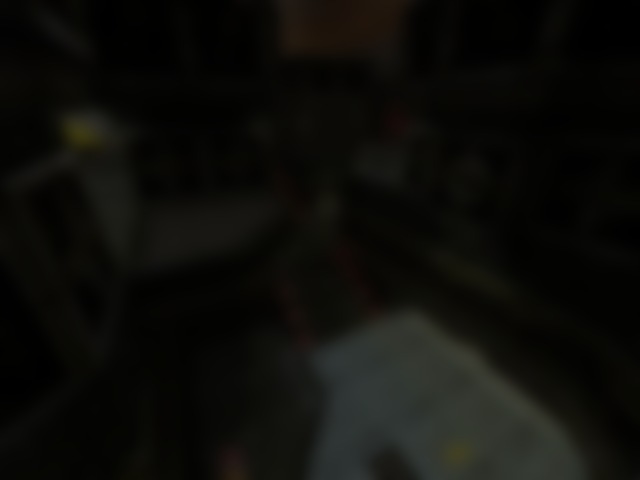