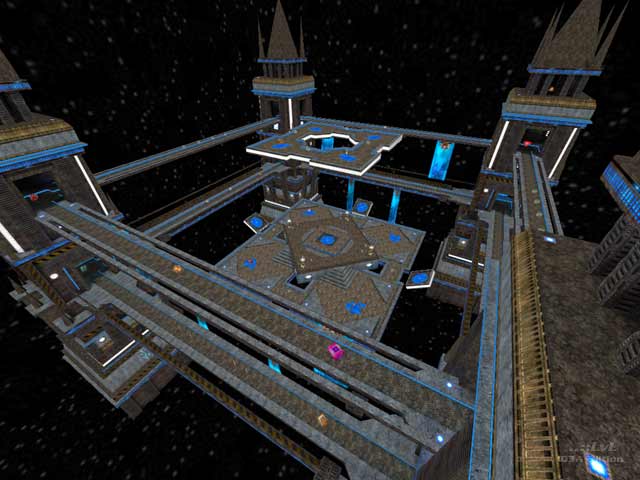 A lot of effort has gone into this space map, including tidy use of blue shader effects. The map layout simply consists of 4 towers connected together by upper & lower walkways. the upper of which can only be reached via blue mist teleportals from the lower part of the towers. In addition there is a central set of platforms which has the RL & some health.

Sadly this map's restrictive layout hinders gameplay. It also requires you to start it from the console as the .arena file is missing.

Don't expect much in the way of gameplay.

It's been a long time since I've seen this texture set by Lunaran used in a decent setting and this map is a well-executed effort. A five point jump-pad system in the middle of four well-constructed towers. Each tower is connected by 2 cat-walks so you can imagine that most of the gameplay centers around that. There is reduced gravity but it almost seems to make gameflow lag. I thought it was a great idea, but maybe not in a setting such as this. No RG is a relief. It would be too easy for map domination if there was one.

Bot play is rather bad. The author mentions this in the readme. They tend to run around the cat-walks with little interaction with the jump-pads. A great architectural design by heXum. The towers themselves look menacing and give the feel of an abandoned space station. I haven't seen this texture set used this ingeniously since Scrap Metal 2.

Overall, a very nicely constructed map. The looks and the feel are worth the download alone. 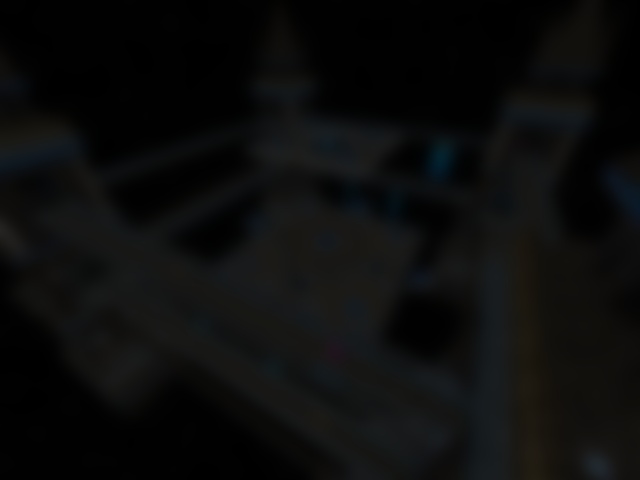