This map is one of the most ambitious, yet flawed Q3A maps I have ever seen. With loads of custom textures, models and sounds, adding together to make a beautiful-looking gothic monastery, with lots of atmosphere and eye candy to marvel at whilst getting fragged. All weapons are included except the BFG10K, with lots of ammo and health and a small amount of armour. Judging by the layout, playability looks good, with lots of different areas to hide and frag.

I say flawed because although it is potentially excellent, there are a few major problems, such as missing textures, no bot file (although the author does have a version of this map with one), z-fighting in places, and generally very high r-speeds, causing slowdown even on high-end systems.

This map looks like it's still at beta stage, which is a shame as the author has spent around 7 months on it. If these flaws were removed and a single player version released with a bot file and extra lighting it would be a sure-fire winner on high-end machines. As it is, it is a wasted opportunity.

Worth checking out if you can play online or a LAN, otherwise only a looker. 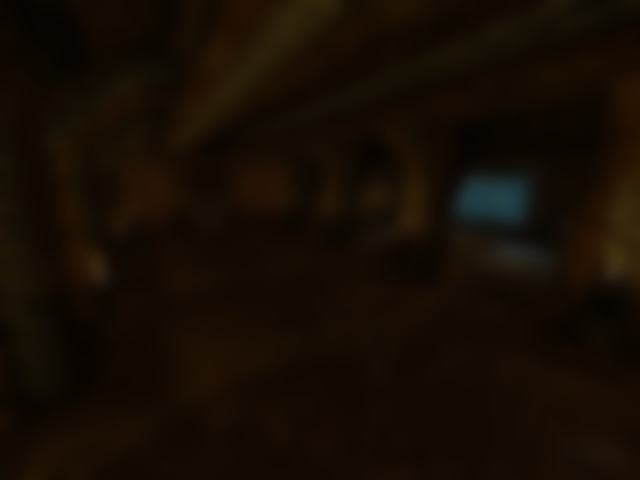