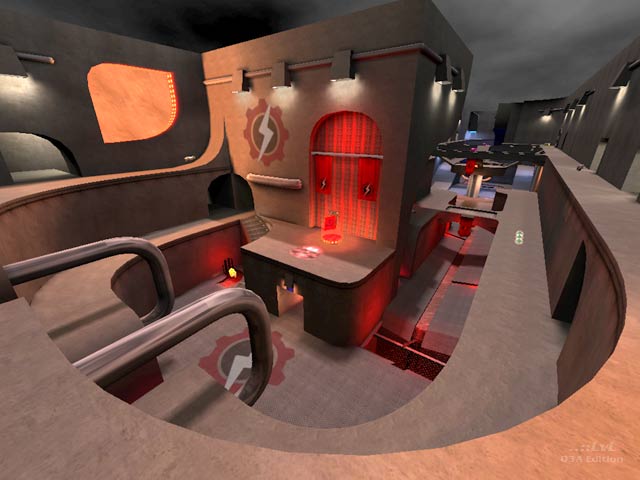 An architecturally distinctive map, Passive Valley is made almost entirely of smooth, sculpted concrete curves trimmed with chrome and highlighted with team coloured lights. Sinuous ledges snake around a long central arena, sometimes branching off into passageways decorated with chrome pipes. A consequence of the predominance of curves - and the open-plan design of the map - is that frame rates are comparatively low in places, but this should not be an issue on a decent machine.

Gameplay is tilted more toward human players. Important items such as the RA, RG and MH are virtually inaccessible to bots, and bots tend to take the same path to and from the flag bases, making them less than challenging opponents.

It's a nice piece of mapping however, though some textural variety could have made an improvement, and - my pet hate - the team colours err on the garish side. There are a few glitches, such as the cracked patches in the central arena, but on the whole this is a rather original and fun map to play for teams of 4. 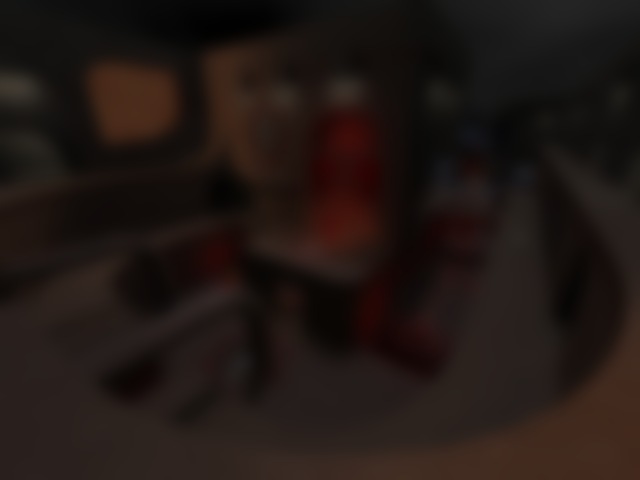