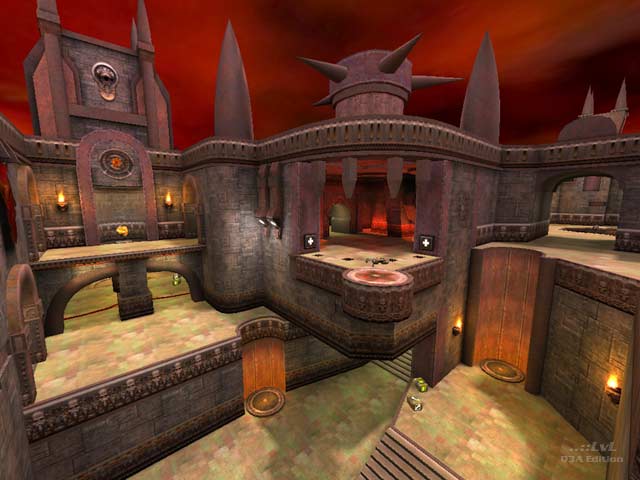 Infernal Nocturnal is a gothic-style map which the author recommends for CPMA play, but, as he notes, the map also plays well in vQ3 and I can concur with this observation. The map has a very open feel to it and plenty of scope for vertical action, especially in the RG/MH area. The map can also be very fast in this part with some good opportunities for strategic play. The other end of the map is much slower paced and little more than a transitional area. Bots put most of the level to good use and will even attempt some of the jumps (such as to the SG on the ledge below the MH). I would, however, load up the maximum number of bots suggested by the author rather than just the default pair of Major and Xaero.

The main niggles I have about the map are more to do with flaws in the construction than anything else, as well as certain texturing issues which, I hope, the author will have corrected by the time this review is posted. The pk3 also unnecessarily includes gothic_light and liquids shader scripts and is missing textures from the mapmedia.pk3. There's a secret in the map, although there's nothing to be got out of finding it apart from a spelling mistake.

Be nice to see something out of Requiem in a non-id texture set and you may not find this map visually alluring enough to hang onto it for long. (But isn't it all about the game play? -ed.) 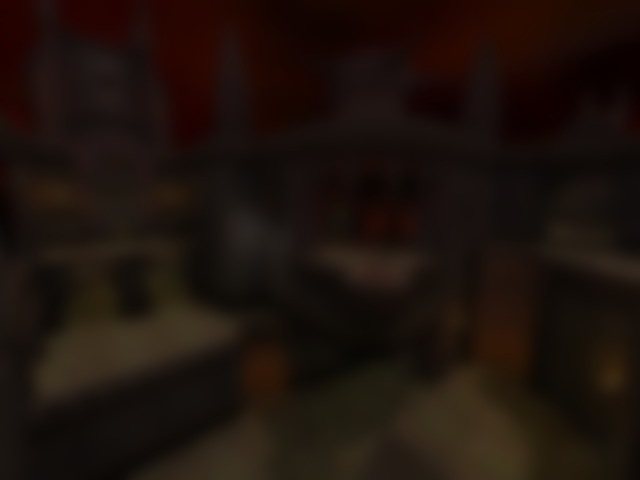