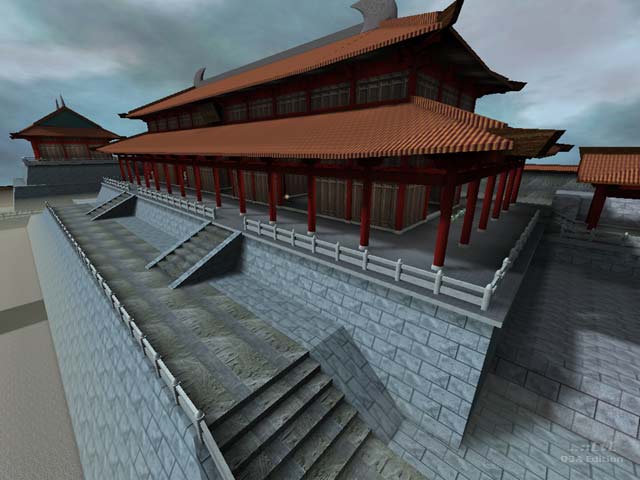 A sprawling map with primarily two vertical levels and just about every power-up. While the look of these styled buildings was accomplished fairly well, it was done with enough brushes to make most machines crawl. With r_speeds averaging between 8k-25k throughout most of the level, and frequent peaks up to 40k, the thick fog all the way throughout the bottom half of the map served to slow the map down a little more. Bots played acceptably, though they rarely went in the lower, fog-covered half of the map.

I'd suggest finding another map to play on, even if you have a machine powerful enough to handle this map. 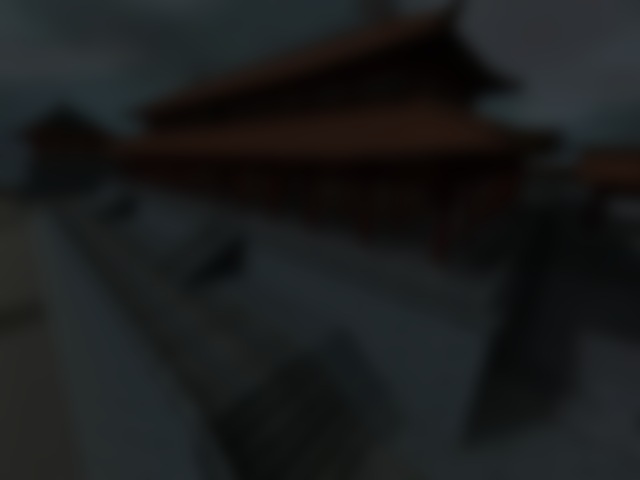