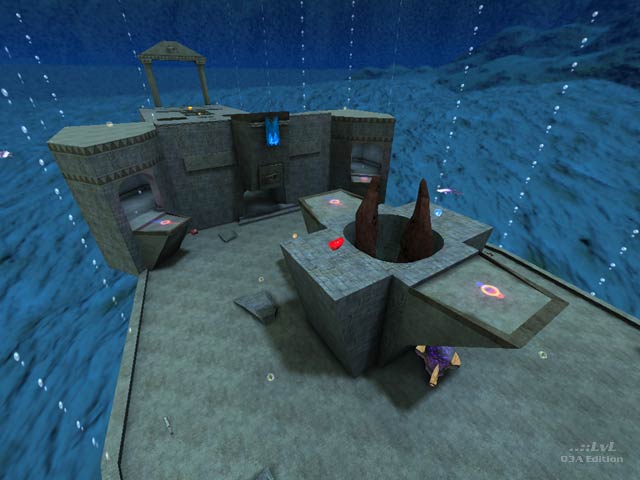 The shark shaders we know so well in Coral CTF make their appearance in this map, but the only shark pits are located behind each base. The appearance is okay throughout, the pride of the map is the man eating entity housed in the center of the arena.

Like a good CTF level, there is a good block of power in the center of the map, including the Red Armour, Megahealth, and the Railgun. There is a lower floor in each base that has lots of impassable windows.

Unfortunately, while there are roughly 3 floors to the level, they mostly lead in a straight line. The raised top floor provides players from protection of firepower from the opposite base, but much of the map is still open to the mighty Railgun. Players cannot pass between the first and second floors in most parts of the bases, providing protection for intruders but limiting the creativity flag carriers usually utilize in escaping from a base and throwing off their pursuers.

It is not for the competitive type, but the rail happy players can have a few good games without going to the extremes they find in space maps.

Patch file: A patch file is required to fix a major shader issue with this map. 29th April, 2017. 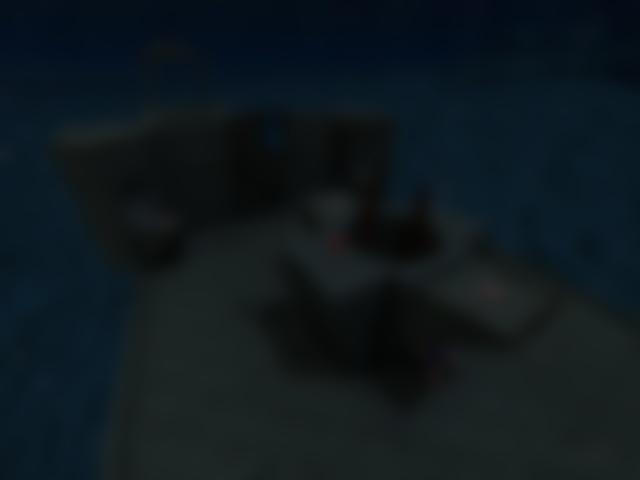