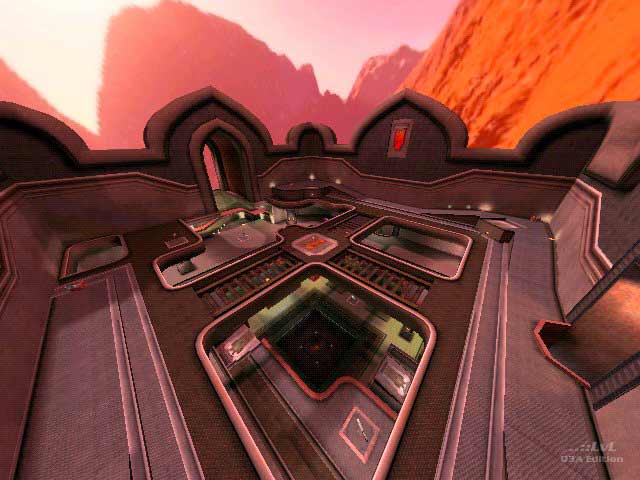 A spacious deathmatch level that gives the impression of a rusty temple that's been cooked under a dying sun. Layers of machined and corroded metal against a background of bright orange mountains and a crimson sky. The red armour hangs in the center of the map inside a column of ruddy light, and the daylight cast from the sky has a post-apocalyptic glow.

The focus is on vertical movement with eight accelerator pads and four jump pads. Trying to track a target under these conditions is no mean feat, and unlike space maps, the Railgun may not be the best tool for the job. No problem, the Rocket Launcher, Plasmagun, Lightning Gun, Grenade Launcher and Shotgun are all here to wreak havoc on opponents from bizarre angles. Some of the pad trajectories are frustrating, sending you straight to the next pad, only skilful aerial manoeuvring allows you to avoid being relaunched. It's also easy to land on them unintentionally. A Quad spawns at the zenith of the level, requiring accelerators to reach, and a Regen appears in a shallow pool at the nadir. Both make a significant difference in a map with almost no cover.

The physical structure is solidly made. The map uses many textures and a 3d jump pad model by Evil Lair. The level of detail in such an open arena hits the framerate noticeably, low-end machines will struggle. Bots play skilfully. Interestingly, bots that favoured the Shotgun during play testing did rather well.

Not to everyone's taste, but well worth taking a look at. 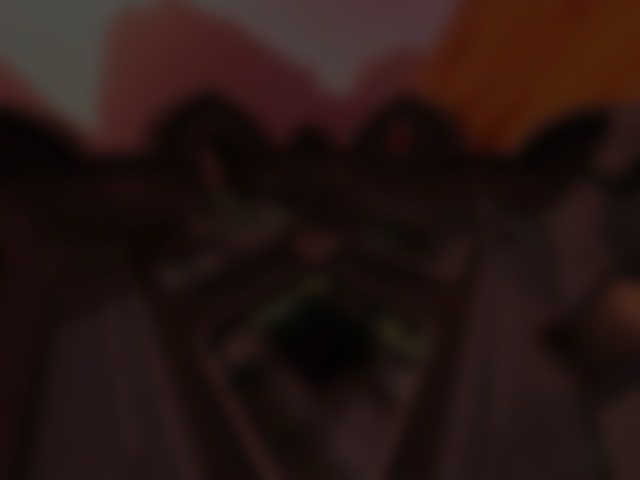