**Preview only**
Be sure to submit your comment
Submit
Preview
Cancel
Submitting comment...
Anonymous unregistered
#18   15 Dec 2020
@EmeraldTiger: Makes sense since he was on the design team for Q3R. Sean Soucy, too, which is why Asylum (lvlworld.com/review/id:1995) made an appearance.
Agree (2) or Disagree (0)

EmeraldTiger Rep. 2170
#17   15 Dec 2020
Interesting note: This map was allegedly considered for inclusion in the PS2 port of Quake 3, Quake III: Revolution, according to this article on The Cutting Room Floor: tcrf.net/Quake_III:_Revolution

The author's other map, House of the Desolate, did indeed make it into the port.

Only gripe is the lack of bot support.

gameplay is crap though

yes the 1 entrance is bad

couple this with bfg and quads

and the map plays very poorly

Agree (0) or Disagree (0)
musicrulez unregistered
#9   18 Feb 2000
hey... some people LIKE colored lites and darker areas... I thought it was okay.
Agree (0) or Disagree (0)
Octovus unregistered
#8   17 Feb 2000
Yes, I know what u guys mean about the one way into base problem. But its not that bad. My biggest problem with the map was that the invisibility powerup was right next to the flag! Come on! I like the bfg in the water though.. that way the lamers who want it risk drowning to do so.

Agree (0) or Disagree (0)
awesome ctf unregistered
#7   17 Feb 2000
This map is really fun and cool,and looks great!The only problem I had was the look and gameplay that is the courtyard.It looks as if someone else made this part of the map...it doesn't seem to belong in this map and it just doesn't look or feel right,it looks shiy compared to the rest of the maps look and lighting.The water is a horrible part of this to...you can never get out when you need to.Overall this map is well worth the download!
Agree (0) or Disagree (0)
=PCI=Solicitor unregistered
#6   16 Feb 2000
Big Bug!

I forgot to mention something else:
I railed someone in the dark hallway where you can fall off into the fog of death on either side of the little bridge.

I killed the enemy flag carrier, and the flag fell in the fog of death and it didn't ever respawn back to the flagstand.

I don't like the bfg on this map, especially since its so small. very nice details, I love the sound effects in certain areas.

I don't like the BFG, or the single way into the bases. And yes, the blue base is dark as hell. I really like the outside part though, and the inside archetecture is nice.

But it's a nice map.

Yeah the bots are broken.

Agree (0) or Disagree (0)
I R Baboon unregistered
#2   13 Feb 2000
This level has some very nice architecture throughout the map. BTW, the one that I downloaded had a bot file, but the bots didn't want to move from there bases. The map might have been missing some entities telling the bots where to go (I'm not sure).
Agree (0) or Disagree (0)
d3f3nd3r unregistered
#1   13 Feb 2000
Yes, the outside area is cool, until you realize that if you go in the water you're an easy target. It's good for sniping with the railgun though. There's only one way into the enemy complex, which is lame, and I'm also really not a fan of having the bfg on CTF maps.
Agree (0) or Disagree (0)



Context menu 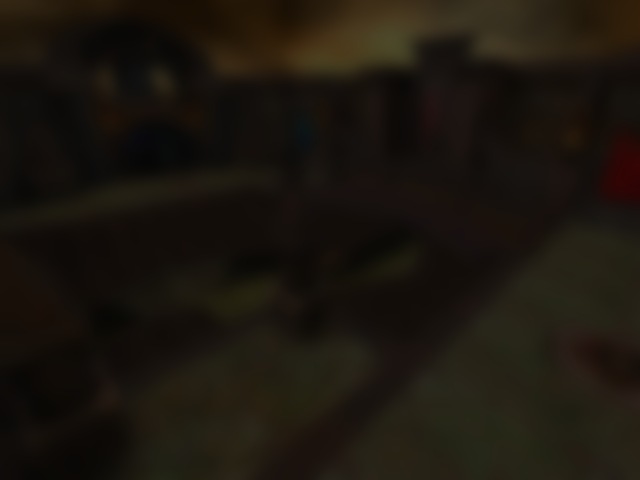