**Preview only**
Be sure to submit your comment
Submit
Preview
Cancel
Submitting comment...
SW12 unregistered
#14   23 Nov 2010
The Portal is cool. Like a stargate to hell, but not unfortunatley.
Agree (0) or Disagree (0)
Octovus unregistered
#13   09 Jul 2001
Behind Juz 100% on this one. It felt like a warm up, or something someone would do just to really goof off...not one you'd play at all seriously.

The teleporter/quad giver thing is a good idea, but it belongs in a singleplayer thing! I felt like I oughta be teleporting into a room full of baddies and instead there was just a friend and some bots.

It's not cohesive, it doesn't work, but it's still worth trying for the few bits that really function. And it looks mighty nice too :-)

P.S. 6 from me, gameplay comes first, but 8 for novelty value (though I'll score it a 6 on the menu)

rearrange the sentence as neccessary :)

Agree (0) or Disagree (0)
Juz unregistered
#8   01 Jul 2001
I stand by my review on this one. Leaving pillars unclipped is ok in some situations but it gets incredibly annoying after a bit. Also on the top level of the stargate bit it's easy to get stuck under the rim, which is annoying if you're the kinda player woh likes to jump alot.

It's fun for a bit, but the fact that everyone has quad almost all of the time, especially against humans, pretty much ruins the gameplay. I played it with 4 friends just now and they agreed with me: it's good in parts.

Bill: if you had put a delay on the stargate thing it wouldn't matter so much that the bots jumped in there all the time as it wouldn't really affect the gameplay. The 50 health is practically inaccessable, and the for the size of the map and the recommended number of players the health isn't enough. I didn't count the number of health packs when I was reviewing, I just went on the fact that everyone was pretty much always on <50 health, and running around looking for health.

The "it plays better on a LAN against humans" argument I don't think is valid as I didn't find it any better.

Agree (0) or Disagree (0)
Juz unregistered
#7   01 Jul 2001
I stand by my review on this one. Leaving pillars unclipped is ok in some situations but it gets incredibly annoying after a bit. It's fun for a bit, but the fact that
Agree (0) or Disagree (0)
dolomite unregistered
#6   01 Jul 2001
Read that z-axis review. He does not tend to polish more than necessary, imo.

The quad machine could be toned down very quickly. If you want me to help I would be more than willing to put a timer on it with an alert mechanism! ;)

Agree (0) or Disagree (0)
Neo Cerberus unregistered
#5   01 Jul 2001
We had a great time a few weeks ago when the level was released - I believe 4-5 players? Man, that was some good schiet :] Bots are no comparison to human players, no contest.

I built this map for a lan party and everybody told me to release it. It is a better map to play agaist humans but than again what map isn't.

As for the clipping a couple of the beams were left up clipped on purpose to give a hiding spot for a second. I don't like to clip everything I think beams that stick out aways and arn't in the the flow path don't need to be clipped. Is this just my thinking?

There is also one red , one yellow and 12 armor shards.

Any way one on one and three player lans for the best gameplay. And against bots don't use more than 3 of them or it does turn into a quad mess.....

They can't figure out the quad stargate-teleporter-thingie, so I just avoid it too and the map makes for some fun gameplay.

I didn't notice many clip problems, but I only hammered on the map for a half hour. I tend to avoid corners anyway... hehe. ;) 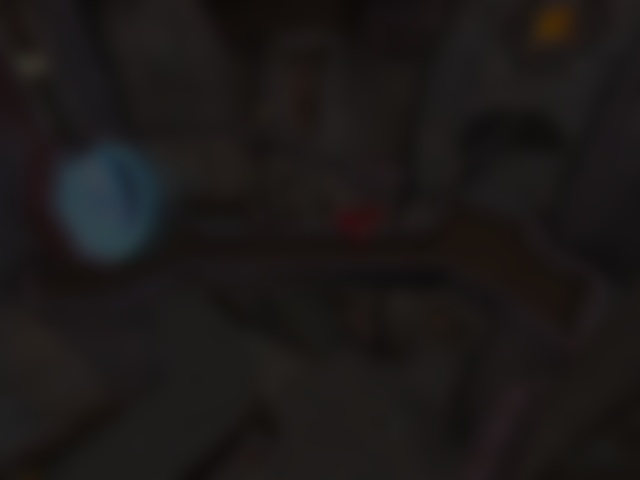