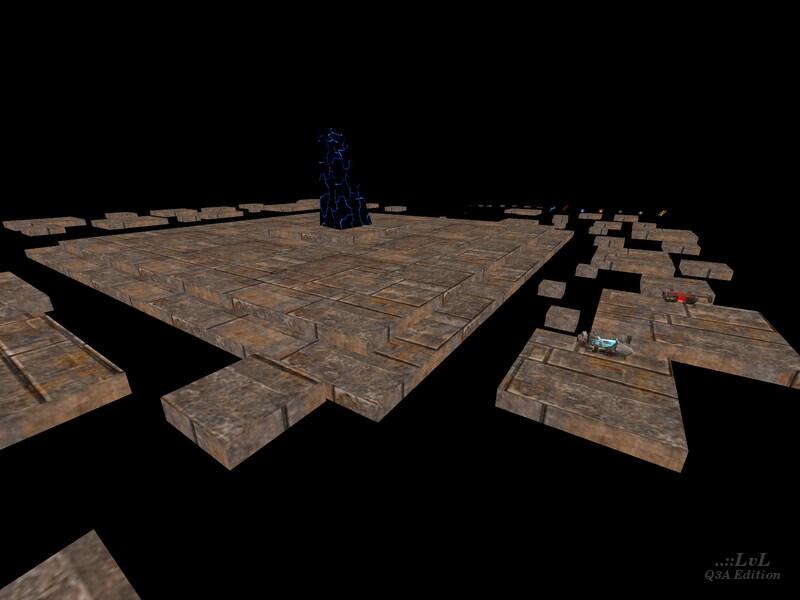 wakenjenk Rep. 30
#25   04 Jan 2019
Also just a little insight to how I played q3a back then, I used to spawn the max number of bots in team death matches, so basically raining gibs but, honestly I cant remember how this played, I will admit this was a first attempt and it is a learning experience in basic map design. It's not a magnum opus and was never intended to be, but I'm glad it's kept as a learning tool cause I do feel it can be useful in that regard. It's as basic as basic gets and about all I could manage back then. I had a lot more grandiose ideas for maps but was definitely lacking on my abilities in execution.
Edited 1.22 minutes after the original posting.
Agree (2) or Disagree (0)

wakenjenk Rep. 30
#24   04 Jan 2019
Hey guys, so after a decade or so i came back to lvl to download some of my old faves (mostly by lunaran), then remembered that I had previously uploaded a map here. I'm tetsuo (this was 17 years ago no idea what email or password I used for that account but I was really into akira.) this is a map I made when I was 14 and I'm honored it inspired this much discussion. It's not a great map but it's the first (and only submitted) one I ever made and I love that some of you enjoyed it and that it sparked a discussion, it definitely was a learning experience.
Edited 5.4 minutes after the original posting.
Agree (1) or Disagree (0)

KommissarReb (SW12) Rep. 2210
#23   15 Jun 2015
I never said that I was against having criticism (maybe somewhat against the non-constructive type), but I just didn't want to allow censorship in the form of not allowing maps to be posted just because the majority of people don't like them. I suppose its another American trait I have where censorship in any way, shape, or form is frowned upon tenfold.
Agree (0) or Disagree (0)
pat h unregistered
#22   15 Jun 2015
well, considering the map was submitted over a decade ago i think the author has probably moved on, so no harm there.

i am a mapper. i haven't played the map, but just looking at the screenshot i don't really understand how this map could be a learning experience to me. i am not sure about that argument, but tig is probably right that all playable maps deserve at least deserve a review on LvL.

i mainly just wanted to say that i don't think people should worry too much about giving harsh feedback. as the q3a community gets smaller and more personal, i sometimes get the feeling that people are less willing to say, "this map is shit!" i kinda miss that :). sometimes the best feedback starts out that way.

Chunky Kibbles! Rep. 236
#21   11 Jun 2015
Looking back on things, I will admit I was harsh in my critique. The map can be played, yes. Does it play well? No, not really, but that is something that beta testing back in the day could have fixed. There are some good possibilities here...it's just too bad they weren't realized. It's better when played with Instagib or Corkscrew, but as a basic map, it leaves a lot to be desired. At any rate, I stand chastised for my earlier comment because Tig and KommissarReb are right...this is a good learning tool for future mappers out there.
Agree (3) or Disagree (0)

KommissarReb (SW12) Rep. 2210
#20   10 Jun 2015
@Chunky Kibbles!: I think this map could be really cool, with more work. I don't think that the map should be removed or not given the opportunity to be listed just because you don't like it.

Is it bad in its current state? Yes, depending on what mod you play. The only mod I could enjoy this map in was the HUNT mod, and even then I had complaints (listed below). I think this should still be listed to fight biased censorship, and to show people the consequential criticism in response to crappy level design.

Just thought I'd put that out there.
Edited 3.12 minutes after the original posting.

For these two reasons I feel the map should be listed.

On top of this, it opens up the discussion of just what is a map. The map may even help another author from making similar errors or give them an idea on what might work.

For example, this map is not a million miles away from Q3 Arenax - lvlworld.com/review/id:311 - which is a perfectly good map.

A failed experiment is not a bad thing at all. It teaches experience and in this case, listing the map on ..::LvL helps to spread that experience to others.

Chunky Kibbles! Rep. 236
#18   31 May 2015
I'm sorry, but this map should NEVER have been released on LvL. This is not a completed map at all! I understand the idea of map development and trying different things, but this is not even a good beta map, much less one that belongs on here! I feel like I should ask for the bandwidth I used to download and try this level back... Sorry to be so rough, but you all know it's true.
Agree (0) or Disagree (0)

KommissarReb (SW12) Rep. 2210
#16   07 Jun 2011
I know this map sucks, but I tried it with the Hunt mod, and it was okay.
Except for how the monsters would spawn and stay at the bottom of the void, and when you would fall you didn't die. OBVIOUSLY, There are some things to be fixed.

And how the hell can you get TWENTY-SIX people crammed into something like this?!

(please find the joke there)

Agree (1) or Disagree (0)
Tigger-oN unregistered
#11   09 Jun 2001
We do reject levels based around a few simple rules, this map did fall within these rules.

There are a few more minor rules, but that is the main ones.

A boxed map is a highly technical term meaning a level that has been placed with a large box to make the compile process work without giving a LEAK error.

So you see the LvL rules are very simple and open, but you would be suprised at just how many levels are rejected :]

Agree (1) or Disagree (0)
scancode unregistered
#10   09 Jun 2001
Well, dont blame him for releasing it, even though it doesnt meet the requirements. I think tigger should start rejecting maps that take less time to make then to review. ;D.

I mean, I dont really mind seeing beginner maps on lvl, but atleast those people put alot of effort into making their awful maps. heh.

Sorry, but a mass of random platforms above a non killing space drop is just stupid. Bloody hell, simply the fact is 48 and a half KILO BYTES should tell you something. 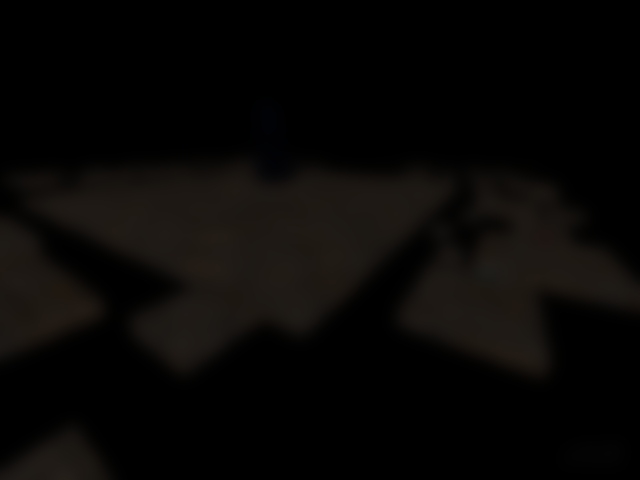