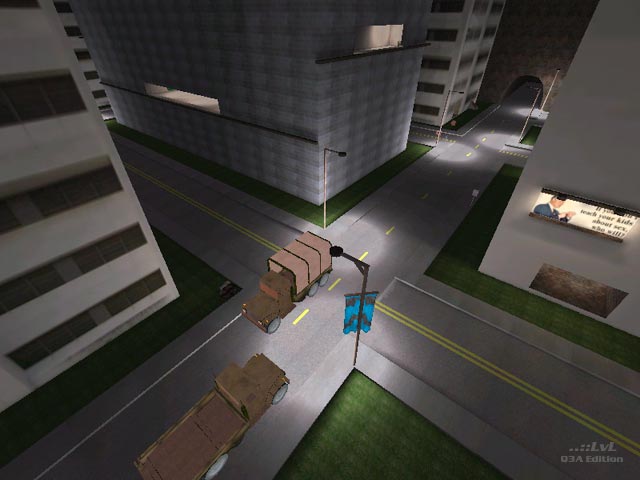 Found some of the secrets but not all. I got to the invincibility by using Double and rocket jump - to do that I went through the rd teleporter, but from its back. Each teleporter has enough space to go around it and thus you can also go behind it and get on 2 rooms on a higher level than the other 2 rooms. With rocket jump from one of those rooms you can get Invincibility

I also didn't understand what are those ledges KnightMB talks about in 11 July 2008. I know of the ledge with prox mine launcher, but are there others?

KnightMB Rep. 120
#14   24 Aug 2008
Hey everyone, I hate for all these great maps to not get any good action in the public? I've started a public TA server @ 75.146.8.203 (gamespy listed as well) , I'm hoping to provide a refuge for all the old school TA players, come join if you can. It's setup on a fairly fast machine (by Q3 standards long ago) and on a fast business Internet connection with everything set to maximum. I'm hoping that with enough interest, this map along with many others here can slowly be rotated into the maps for the server so everyone can enjoy the "ultra fast" computers we all have now to play Q3 :-)
Agree (0) or Disagree (0)

KnightMB Rep. 120
#12   11 Jul 2008
Thanks, I might need to get back into some old school Q3 action as well. Back in the day, our fastest machines struggled on these types of maps with multiple players, but now every one is using a super machine compared to a decade ago, I bet these maps run awesome now, LOL.

Secrets (it's been this many years, why not)
Each handicap sign, you can actually jump through it for random power ups. (including flying)

Each sign has a ledge, with a false wall to get inside the top floors. The secret is, to do a rocket jump with the double power up to reach that height. Once you are up there (besides a funny sniper point) you can wall along the edge until you slide inside the secret room. Some rooms have power ups, others have buttons to play wacky sounds across the entire area (everyone in the map will hear it)

I do have the corrected version, any idea how I would get it uploaded here to fix the double guard bug?

How do you get that invincibility power-up from that building? The red & blue round transporters at the base of 2 buildings are pretty cool. If you go on front of the transporter you are beamed up on a special floor in the middle building, if you go by back you are transported on higher level. Also found the prox mines up on the ledges.

Are any other secrets in the game besides these?

Agree (0) or Disagree (0)
KnightMB unregistered
#10   20 Sep 2007
Glad to see people are still enjoying the map. It's not perfect, but it was my first Q3 TA map. I read about the double guard bug for the blue team, I fixed that a long time ago, but I guess some of the old copies are still floating around without the fix :-( My e-mail address is still valid in case anyone wants the original source for this map, now that machines are much faster it might work better with more detail.
Agree (0) or Disagree (0)
BigFreakinGun unregistered
#9   06 Jun 2001
All Your base Are Belong To Us is from a game called Zero Wing for Sega Genesis.

Too bad i cant play this map as i don`t have TA.

Am I missing something or what ?

Agree (0) or Disagree (0)
Torinir unregistered
#5   03 Jun 2001
Contrary to what ..::LvL says... I don't find harvester matches to be overly appealing, due to the layout. The two blue team Guard powerups near the generator makes the generator's placement an advantage for that team when using bots.
Agree (0) or Disagree (0)
Cool Cuzzin unregistered
#4   01 Jun 2001
Got this map for the normal q3a? i don't have team arena.

P.S. ALL YOUR BASE ARE BELONG TO NOONE!!!

Agree (0) or Disagree (0)
Lima_Bravo unregistered
#3   30 May 2001
Yes it's different and worth a look if you like city maps. The transparent hovering directional signs were novel. Have I seen them before somewhere?

As said above tight internals. Moving trucks/cars are fine - go for a ride in my car!

Agree (0) or Disagree (0)
techx unregistered
#2   30 May 2001
Lol, so someone finally used that for their map name.. hehe
Agree (0) or Disagree (0)
Tetzlaff unregistered
#1   30 May 2001
The trucks are the good part of the map, they look cool and you can even use them. But everything else isn´t very exciting. Most of the textures outside are low res (from Duke 3D?) and look totally blurry, while the gothic textures inside look out of place. Also jump pads don´t fit the theme (what about elevators?) and the strange floating location arrows don´t make any sense in a realistic environment. The cramped rooms inside are very annoying.
Agree (0) or Disagree (0)




Review

Download

Comments

Votes

Overview

Screenshot

Readme

Bookmark

Browse 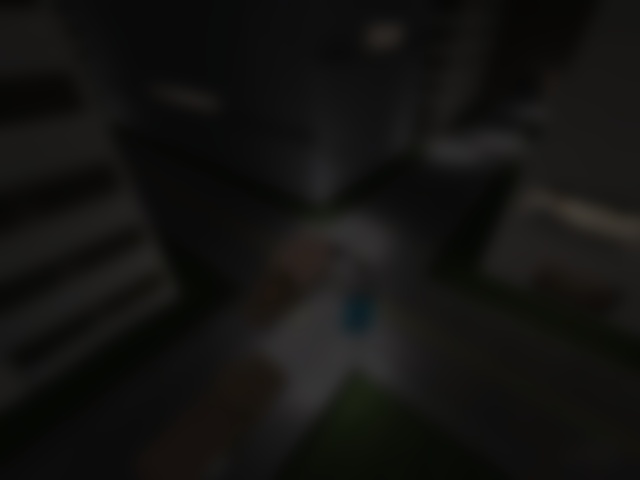