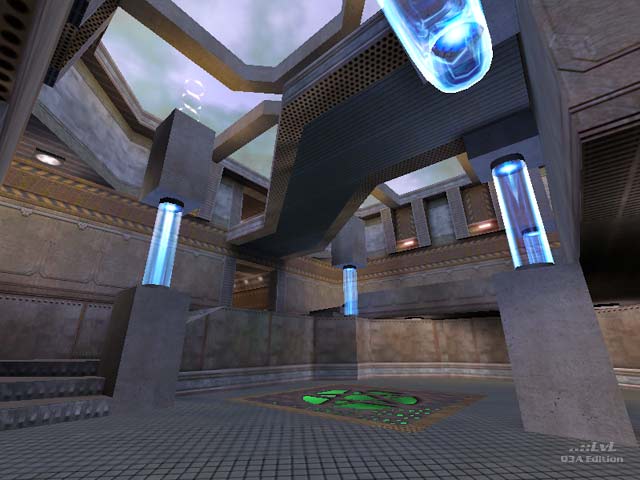 raspatan Rep. 4239
#12   20 Nov 2020
Among all the author's maps, arquitecturally this is the best. But lacks everything else: gameplay, connectivity, structure, location. Pretty much like all the other maps. Exception is the remake of q3tourney3, which has great gameplay.
Agree (1) or Disagree (0)
Excelsiore unregistered
#11   02 Jun 2001
Actually this map has already been on RTD. I just meant you had some influence. Thanks for the support, all of you. I'll see what I do, who knows, maybe an Urban Terror map. It looks pretty good from what I've seen.
Agree (0) or Disagree (0)
Mikie unregistered
#10   01 Jun 2001

You don't got to suck up to me man. If you want us to host your map, just drop JB a line.

I don't technically work for RTD. RTD is a non-profit website ran by a Quake fan just like LVL here.

Anyway, it's a nice map. We would be happy to host it for you. We could get is posted up in a few days probably.

We also get more traffic than lvl so you can expect some fat downloads.

Anyhoo, I wish you would stick with quake. I hate to loose a good mapper of the UT.

Have you looked the Urban Terror maps? What do you think of the mod? Some of the maps are really beautiful work!

Tetzlaff, I'm glad you like my maps and the reason they're not better is I can't get anymore inspiration for this damn game. Since Team Arena was such a disappointment I just feel blah for the whole thing. I worked on this map for a long time then just gave up and threw half of it together.

When it comes to curves I think they are so overused by some people. Q3 maps have lots more curves than IRL and that's why I guess I found this realism mod so much more enjoyable. Even joined a clan dammit:=)

Truth is though, The guys at RTD only review the maps they like. You can expect they will get high scores because, if we don't like a map or feel it's a crap map, we don't review it. There is too much bashing that goes on as it is.

I can only think of one review in the section that I didn't think was a good map. I'm not saying which one but the review was done by JB.

Additionally, If you feel you could write a better reviews, send it too us and we will be happy to post it.

I'm always open to suggestions which will result in improvement.

Agree (0) or Disagree (0)
Tetzlaff unregistered
#7   01 Jun 2001
I also like RTD because they release maps very fast and with plenty of screenshots, but their reviews are worthless, they say every map is great, even the totally crap ones... :p

I like your map style Excelsiore, although it´s still far from perfect, but it´s sad that you don´t want to continue. What I was saying about curves: I don´t mean just a round pipe here and an arch there. I know your previous maps, you use curves in details, but not as an inspirational issue for your map design.

Agree (0) or Disagree (0)
Excelsiore unregistered
#6   01 Jun 2001
Mikie, RTD is one of the places that actually seems to like my map and is IMO a much more interesting place then lvl.

When it comes to power, i might agree that Q3 has a better engine but when it comes to editing UnrealED is much more powerful than Q3Radient. UnrealEd is like Photoshop while Radient is like Paint Shop Pro. Q3 really looks like it's been done w crayons. Also about the only MOD for Q3 that interesting now is Q3rally.

Agree (0) or Disagree (0)
Mikie unregistered
#5   01 Jun 2001
Well man, if the mapping is getting stale then it's your responsibility to make it more interesting.

I downloaded your map and it's good but it's another base map.

I've played around with both Q3 and UT. Personnally, UT is a better game but the Q3 Engine is just so much much more powerful.

Look at some of the recent maps released on RTD. The last 10 maps or so have all been totally custom jobs.

You will find some really good custom work that really shows just how powerful and versatile the Q3 engine really is.

If you still wanna go UT we will miss you man, but personnally I think your trading it a set or watercolors for some crayons.

Agree (0) or Disagree (0)
Excelsiore unregistered
#4   30 May 2001
I don't agree with lvl on half the maps they rate(w mine I usually agree, mostly other people get a raw deal or get over rated) but actually I'm not leaving because I don't get A+ reviews here. I do get good reviews elsewhere and there are some players who seem to like my style.

The reason I'm stopping is because the whole Q3 scene is stale in my opinion, it's all been done. Standard UT is pretty stale as well but the mod Infiltration rocks. Try it out if you don't believe me. It's NOT just another realism mod either, it's more simulator than shooter. Try it out and see.

Tetzlaff, I have actually used curves alot, especially in my 4 map mappack. I also have some unreleased stuff that is more of showing off architecture than a map. I can do curves, just search the mappers index and see.

Octovus, personally I like Radients interface over UTbuilder but it works ok and you can do practically all the same stuff, even curves. I don't expect to get top ratings ever but I hope to at least get people to start playing my maps and having a bit of fun. There are TONS good of third party maps(maybe not mine) for Q3 but nobody's playing, it sucks.

Yes, I guess I need both a challenge and a fresh start. Until Doom 3 comes out, keep it clean!

Agree (0) or Disagree (0)
Octovus unregistered
#3   30 May 2001
Leave if you will...it's your decision...but I must say, have you any idea how many realism mods there are out there? How popular they already are? How many more maps yours will have themselves compared to, and how many of those will be better?

Or (b) You honestly want to leave and start out fresh (SERIOUSLY? It's a completely different setup, I've had a hand at both...)

then fine, have a go. But please don't leave because your levels didn't get A+ reviews, because that's not exactly gonna happen right away in UT.

Agree (0) or Disagree (0)
Tetzlaff unregistered
#2   30 May 2001
Come on, Excelsiore! Your maps become better from time to time, but there is still much you can do better. Better Gameflow and more solid texturing for example. Or curves for example, you haven´t used them much in your Q3 maps. No moving to UT means you will never learn to succesfully use curves for map architecture.
Agree (0) or Disagree (0)
Excelsiore unregistered
#1   30 May 2001
Ok, I'm tired of mapping for Quake 3. It's getting stale. All my work hereafter will be for Unreal Tournament and a realism Mod for it called Infiltration. Frag on! 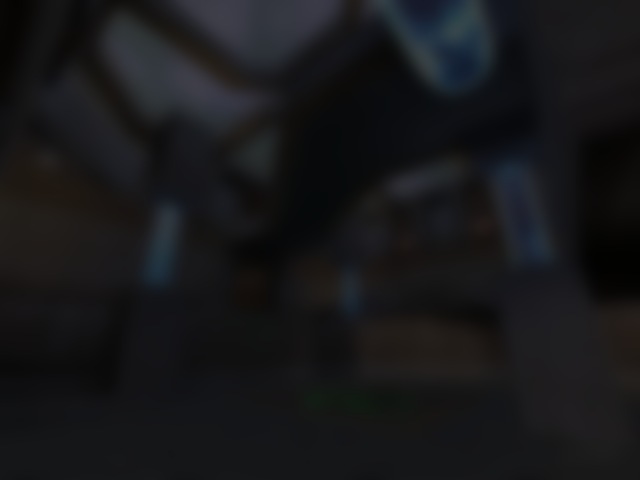