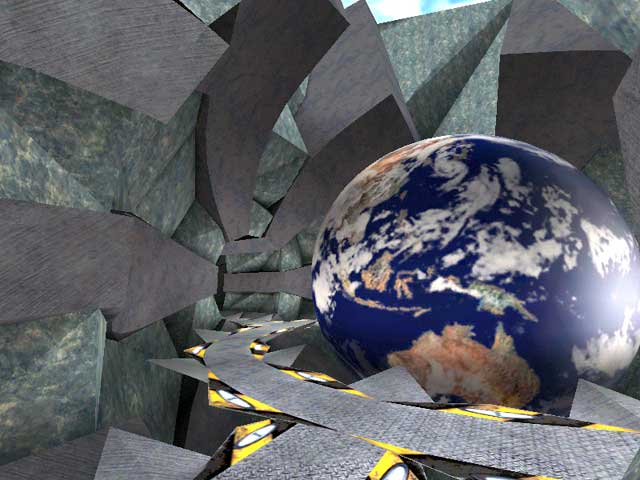 Xev Rep. 0
#76   16 Aug 2007
Here I am, posting a comment years after this map is released. Well, I have to say, this is one of my favorite maps out there. It may not have great gameplay, but it's a blast to just wander around and shoot people in. Download it, or your Q3 map collection isn't complete! =)
Agree (0) or Disagree (0)
Anonymous unregistered
#75   31 Jul 2007
I absolutely disagree on the comments on good gameplay here. The map may look good in some parts and yes, it's on the Radiant startscreen, but I don't get the hype.

There's little flow, it needs clipping, corridors are to narrow. I won't start it a second time.

Maybe it'S because q3 has evolved quite a bit since 2000, but today, this map does not impress me.

Nowadays I load it up for taking some cool screenshots =) bloody well worth it.

Agree (0) or Disagree (0)
Banal Terror unregistered
#68   15 May 2002
This map owns. A year later and still few maps can match Lonely Planet's stunning eye candy. Sure the gameplay isn't steller, but that's not the intent of this map. For flat out trippen eye candy, this map is worth the download!
Agree (0) or Disagree (0)
Syabha unregistered
#67   26 Dec 2001
OK, a year and some months gone by. A loooooooong download ;)

Was well worth it.

These dmm maps play well with the alliance mod.

Im running a voodoo3 ? Why no textures

...tho should have some diff. looking area...it's all same-old same-old.

as a side note i can see the earth through one of the concrete pilings near the earth as u may or may not know.

IS MY v2 GIVING ME PROBLEMS?

SPOG should be with ID!

Agree (0) or Disagree (0)
MacJammer unregistered
#45   02 Mar 2000
To date, this is THE most original, creative map I've ever played. Where do I begin?... the rich marbled wall texture offset with the black granite-like contrast theme that flows through out the entire map, is truly awe inspiring . The sawtooth bordered ramps and winding staircases are endless and you're either ascending or descending in elevation as you move about this laberynth. The interior stone-like surface is completely facetted, as if it were chiseled from the inside out. The existence of the rotating planet Earth, in this map, is the piéce de résistance; a world within a world. This jewel gives the map a certain spacialness and central focus and offers balance. This environment is surreal yet natural; M.C. Escher would be most impressed, I know I am.

SmallPileOfGibs knows no boundaries and he out did himself in this spectacular creation. I respectfully give SPOG a well earned 10 and a heartfelt BRAVO!

Agree (0) or Disagree (0)
the sayan unregistered
#44   02 Mar 2000
how can i get the textures (only)
Agree (0) or Disagree (0)
SmallPileofGibs unregistered
#43   25 Feb 2000
Those who downloaded the rip version from here (dmmq3dm3b) and not the original map from www.dmmunderground.com (dmmq3dm3), will be missing a lot of the cool effects. To see the all the effects, get the original. If you don't have an S2K or a 3dfx card, then get this AS WELL as the original:

This is an addon with properly converted textures (done with S3's permission) so anyone can see the map as it was intended.

I have a Geforce Annihilator. Now correct me if I am wrong but doesnt the Geforce support all 5 levels of Texture Compression Or was the high res version EXCLUSIVLY for the S3 cards??

If anyone can help I am at aard18@hotmail.com

ps. what i played of it (with no textures) seems very cool, cant wait to try the low res version :)

The operation requested by the application is not allowed if the object is closed.

and nothing else happens.

It gets a 10 for ingenuity.

It gets a 6 for flow (could've used some teleporters at the bottom to get people back up to the top).

The globe is amazing, but the halways are amazing too! Man, the BSP must be crying! Amazing that it runs so fast.

Totally disorienting also. If you just travel in one direction for a while, you'll forget whether you're going up or down.

To get the globe-shader to work, turn HIGH QUALITY SKY ON (something I leave on always, but some guys @ work think the game needs to be played @ 80fps! Go figure).

I didnt see ANY of the textures... how can i fix this?

Agree (0) or Disagree (0)
Mindcrime unregistered
#15   10 Feb 2000
For some reason whenever I play the map, the Earth texture is missing from the sphere (it's all bright white) and I suspect the teleporter textures aren't working either (they're the same white as the sphere) - I've got an NVIDIA TNT2 32mb video card and P3 600 cpu. Anyone have any idea what's up with that?

It's an awesome map, btw.

Agree (0) or Disagree (0)
smeghead unregistered
#14   10 Feb 2000
SPoG: Great map. I haven't really played it with actual people, but just the construction alone is enough to make me evaluate my current way of doing things.

I think this could be the start of a new wave of interesting maps...that is if people are up to the skill and challenge of making non-cube maps.

I'd like to have had more time to do the weapon/item placements, and to actually test it with humans.. the weapons could have been a lot better spread out and balanced.. but the bots seem to like it =).

I couldn't get the .arena file working either (last minute thing) so it doesnt show up in the menu unless you make one yourself.

I felt like doing something different from the norm for q3.. so the "armour + weapons high, health + powerups low" placement was another experiment, which forces you to keep fighting your way up higher to get the better items and weapons.

It think it does feel too corridory for a DM map.. it started as a single player map (that part with the earth and the corridors around it) and was converted to DM in a rather limited time.

Better placement of clip brushes would have improved the feel too.. also there are too many in the upper section, so it feels rather cramped in the corridors - it was fun in an early version where you could have a proper fight in them =).

Its also designed for strafe-jumping.. long curved steps are perfect for keeping your speed on the way up, so you can get from quad to RL in a pretty short time =).

In the end, the main goal of the map was to look awesome to show off the hardware - unfortunately the converted version is missing almost all of the better shader effects, so you don't get the full effect, but theres a properly converted version coming soon, i hear =).

Agree (0) or Disagree (0)
Senn unregistered
#11   09 Feb 2000
SPoG scares me. This map is just trippy... its unlike anything I have ever seen before and I doubt I will see anything as messed up and twisted as this, out of anyone but SPoG.

Awesome work with the curves and a lot of parts are very impressive to look at... but it does lack in gameplay.

SPoG is one crazy dude, look out =)

Item placment is a little "uh" but man it's just so cool to walk around !!

The weapon placement kind of annoyed me too. Because of the layout, it is difficult to do well with the shotgun and rail gun. I found that most fights were conducted with rocket launchers or lightning guns.

I like that a quick rocket jump can get you out of the lava or get you quickly up to an adjacent staircase in a hurry.

Flow is very intersting. It's actually very connected as long as your going downhill - loads of little pockets to fall through behind unsuspecting Quakers. Lots of grouping around the RL. Not very much around the Earth - which is a shame 'cos it looks kind of cool.

Item placement is kind of annoying. You can really hog the Rl becuase there's loads of health a few strafe jumps away. And the Quad is 10 seconds away not leaving you much time to clear out the rocket hogs.

The Rail is begging for severe camping - is that why there is a RL next to Earth above?

Speaking of strafe jumps, the upper corriders are very cool for that esp. going downhill.

I note the lack of jump pads which I didn't miss at all.

Navigation is tricky at first though I found it easy to understand after a few minutes. 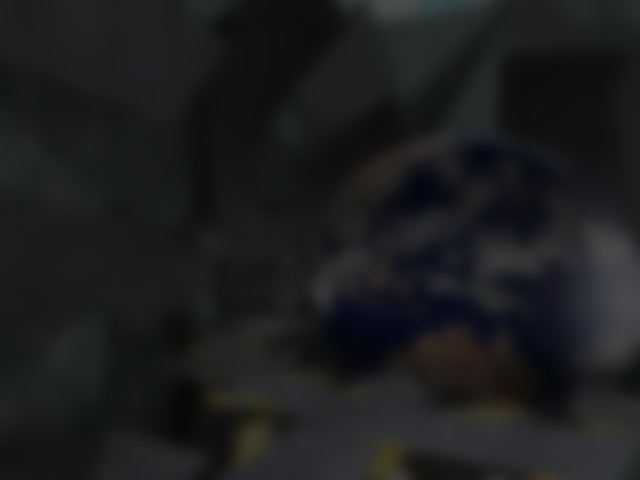