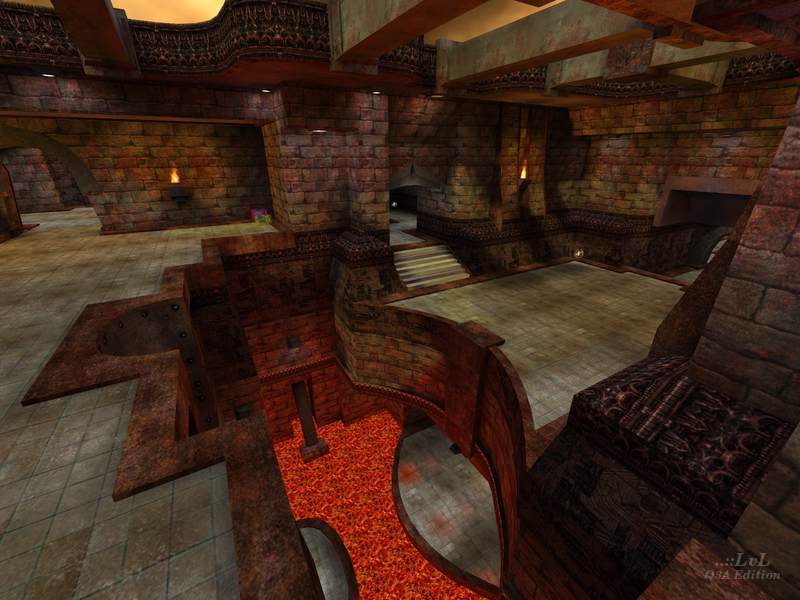 This is a very large map composed of four main rooms nicely connected. Items are well distributed throughout the place, encouraging movement and giving the gameplay a great flow.

The map is at its best, IMO, in Clan Arena (gametype available in OSP and CPMA mods, for instance), since moving around through rocket jumps could add a lot of fun to it. In fact, the map has a strong flavour of RA3 maps. Still, the map can be fun on other modes like TDM and FFA. Bots behave properly (except never taking the teleport and therefore the red armor, a bit off-track for sure).

The selection of textures is a bit eclectic, merging industrial with electronic panels and stone surfaces, a rather odd combination. Not that it affects gameplay but it doesn't create a special atmosphere.

Finally, the design could have been a bit more strafe-jumping friendly, distance between platform, and so on.

Overall, a fun map. A keeper? Haven't made up my mind yet...

Tigs notes: Originally released as a promotional map for the DirectDraw Surface (DDS) graphics format. The download includes both the original DDS formatted textures and a more the standard version of graphics (TGA format).

Patch file: Thanks to Takkie for putting together a patch file that will allow this map to appear in the menu system. 11th Feb, 2021. 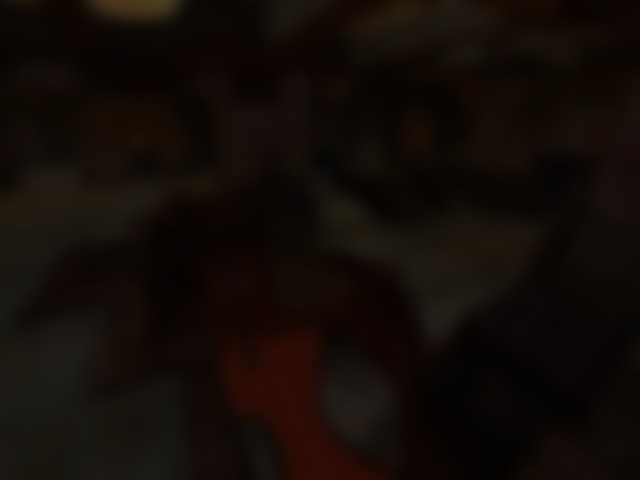