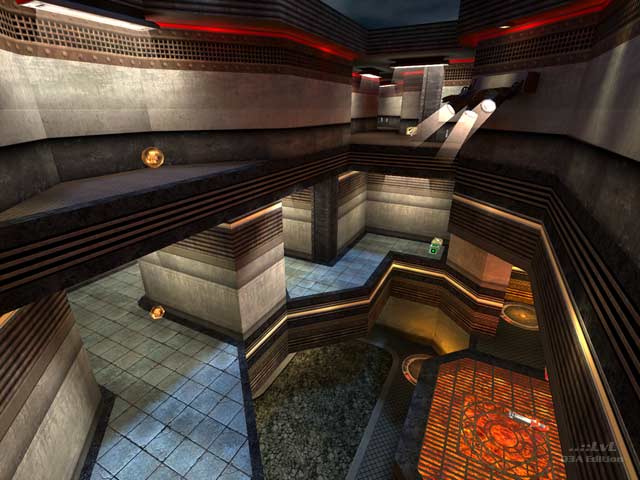 Hooyaah Rep. 559
#27   20 Feb 2010
I am pleased that this map was featured; with literally thousands of maps here at LvL it is not uncommon to miss one, even a keeper like this. This is one creation that I am glad to have; I'm zipping a copy to my baseq3 and saving a copy in a safe place.
Agree (0) or Disagree (0)

The rail-gun is part of quake 3, deal with it.

Anyways, the main reason that this map is 'popular' (no ego.. it's true) is because of Roos from Poland, not because of me.

i could explain here, but read my homepage. it has the history (if you like) of q3jdm8a/cpm1.

Niptlar - yeah, clowning around wasnt great looking. Iv'e never considered myself an interior designer (heh, that should be obvious) but i can put together a map which plays decently. Hence the reason why i asked Decker to re-texture cpm1. He did a great job. I'mstillnot 100% on the YA/RL change, but most of the people i talk to prefer it that way. shrug

now i can pratice with the railgun

At any rate, there are plenty of justifications that cpm1a (and especially its predecessor) are not perfect. The exactness required by some jumps, the rocket ammo near the RL, and the density of weapons in the lower half of the map are problems I have with this map, and I have a right to those opinions; the teleport, Railgun clip excess, and YA-YA proximity combined of cpm1 with the average appearance (not like I care a lot, but I do care) and my despisement of the Railgun for 1v1 maps (the Rail slows gameplay, takes away from furious feel of Quake 1) was enough to keep the older version off of my HD altogether. These problems may not bother you. They may even appear as "features" to you, and you are entitled to your own values; just don't impose your values on anyone else.

I think I like "Use of Weapons" better than Wicked; the gameflow may be slightly weaker, but the MH + YA combo gives the game much more depth than the YA + YA pairing ever could (trickier respawn times). I originally thought mrcq3t4 was going to really be one of the greatest things for 1v1, but the connectivity couldn't even touch q3dm13.

I think jude should thank Decker. And if it means anything, I think jude's "Clowning Around" just plain sucks.

Sorry, I had to end with a little bit of rhetoric. :p

This map is everything a tourney map should be.

There is a reason why it is CPM1. Other than ztn3dm1, I dare you to name a third-party map that is better.

Go grab some demos and see for yourself.

Agree (0) or Disagree (0)
Hubster unregistered
#13   28 Dec 2000
Sigh: you're a knobjockey buddy! This is THE best Q3 map out there, its simple and packed with action. Obviously, youre one of "those" clueless people who seem to think pretty shaders and high poly architecture is more important than gameflow!

Decker and Jude - I grabbed this version as soon it the fxr site had it up, and i think its a brilliant evolution from the original. Item shifts do seem a little wierd, but isnt a bad thing: now we have two versions from which to choose from. IMHO, thats just isnt a bad thing at all:-)

This map rocked when it was q3jdm8a and when it was cpm1. Sure the texturing was a bit bland but the gameplay rocked.

So why move the YA? The whole point of this map was to run the 2 YA's - having them close made for great battles at YA spawn time... moving one up out of the way spoils this (imho).

As for the remake, the first time I saw it, I was playing with Jude on a Lan. He jumped in and said, 'whoa ... this is the old version.' Coppied the new one, and I was astonished.

I think the first version had the gameplay down ... this version has the slickness to match. Good job to both jude and decker.

Agree (0) or Disagree (0)
DruZli unregistered
#7   26 Dec 2000
This just looks great to me and "feels" much more solid.Texturing a old popular map is hard job to do and i think decker has done a perfect jop here.Ligthning is much better.Itemswitching is a good part too because it´s not 4 sec armorrunning all the time.

Agree (0) or Disagree (0)
Niptlar unregistered
#6   25 Dec 2000
It is nice to see that two of the Rail clips are gone, but the weapons just feel too close together, and having rocket ammo next to an RL is not good for gameflow. I think the level looks slightly better, but /r_picmip 8 can be very misleading in that since. :P

Better, but not quite there ... still.

Agree (0) or Disagree (0)
Twitchfactor unregistered
#5   24 Dec 2000
Not bad at all. The item placement's a bit odd. I think people should have to fight a bit harder for the railgun, but that doesn't spoil the map.

Neither does the lack of clip_brushes around the teleporters.

Glad to see something that's not using the same old texture sets we've been looking at for a year now. 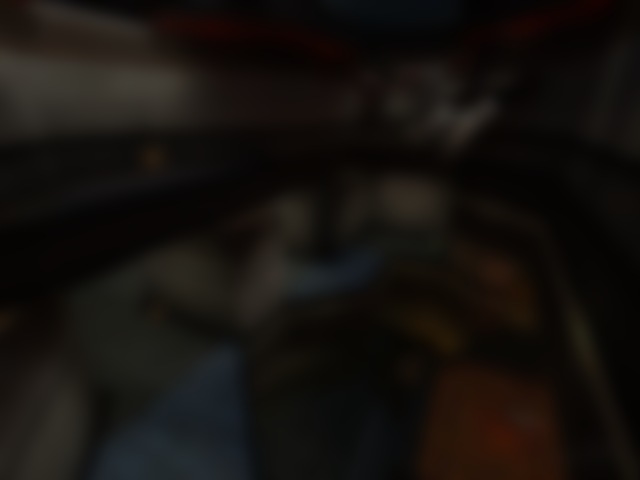