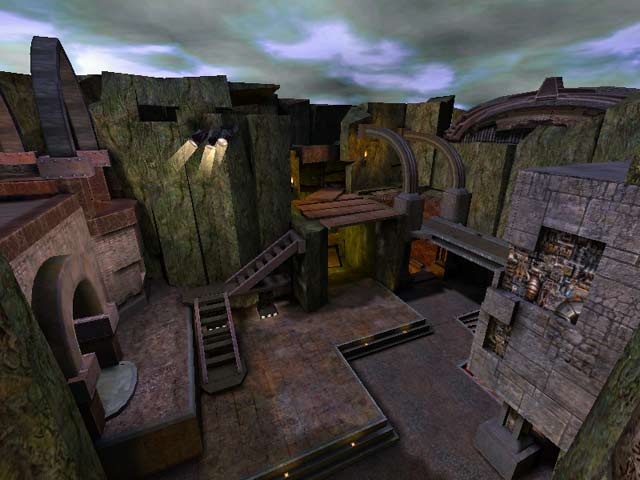 **Preview only**
Be sure to submit your comment
Submit
Preview
Cancel
Submitting comment...
GONNAKILLYA! unregistered
#17   04 Oct 2000
Gameplay was kinda fun in that yer always changing elevation and running thru some crazy rooms but honestly, this is an ugly map. It's a hodgepodge of color and dirt.

She ain't pretty she just plays that way. Strafe jumping thru this map made me feel like Superman.

Why should I resist that urge? It's more of a warning to those who are expecting an average flat map. That isn't what this map is about. If that's what you are looking for, look elsewhere.

If you’re not happy cuz people are giving their opinion about your map, next time send it elsewhere!

All I can say is that it was never meant to fit with the current trends, and was designed for the tricksters amongst us with plenty of skills. Those who used to love the tricks of q2dm1 will lap it up but I understand those used to the basic square rooms with doors, of quake3 will find it initially confusing.

The gameplay is definately there, you have to trust me on that one, as both HK and 4Kings put it through its paces for a couple of months to get it balanced. But, like I said, it's meant to have a long learning curve, and a thirty minute run around with bots was never what it was designed for. Stick it on a server with a mate, and get those pineapples flying.

As for the curve mismatch mentioned in the LvL comments, that must be some strange curve settings as I've never come across it, n any of the settings I've used, and you are the first to mention it.

Each time, my comp freeze

Even tried at fastest setting, smallest resolution, no sound, no mouse, no bots, nothing : same thing.

Never saw that with any other map. Got 128 Mo, a GeForce. This map has a problem. 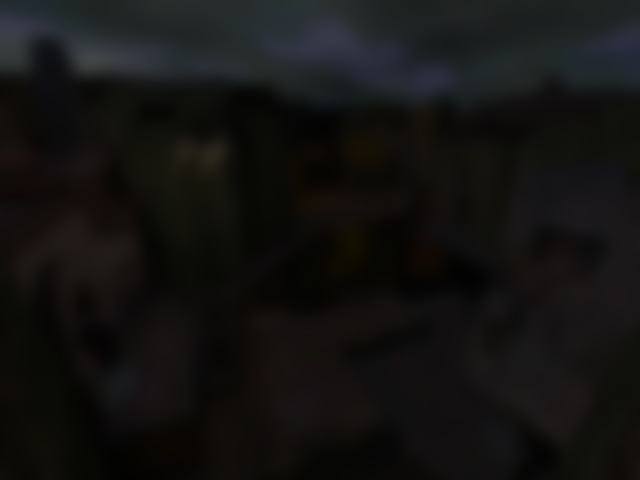