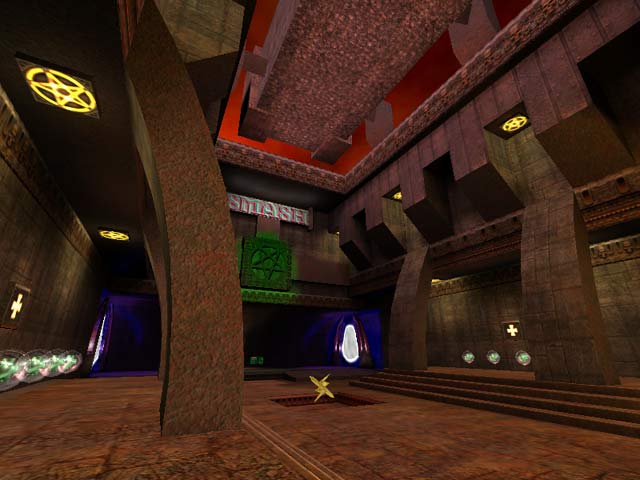 1) On the map screenshot, see that green pentagram above the haste powerup? Shoot that and bring the roof down. :o

2) The bridge/hallway above the lava has a shoot-able button the retracts the draw-bridge.

3) The BFG is located in a very secret area. Find the cat-walk where the plasma rifle resides. In one corner you'll find a purple light that you can jump into.

It only took me 7 years, so enjoy!

Agree (0) or Disagree (0)
Ping Floyd unregistered
#8   17 Jan 2001
I like it alot Bird,too bad no invis though,unless I ain't found it yet,would make that map more of a blast. Keep em comin!
Agree (0) or Disagree (0)
-deadBird unregistered
#7   25 Aug 2000
HA! Hey turd! Well, the BFG10K (if you read the smash3.txt) is somewhat hinted at. Butt I'll give SCREAMY, and others, a much better chance of finding it. I'll say that it's in a place you have to jump down to. This place you are jumping into, is very red and you will be hurt on the way down to the teleporter. (indicated on a wall with magenta-ish color, you won't see the transporter) Takes you to another part of the level. There is also and armor beam & some health. Butt I only use this room to give the level more character. I'll hint it and make people learn the level to find the BFG. And in my smash3 review, he said, "it does not quite come together into a consistent aesthetic." I knew this from the start. That was part of the idea. This WAS a remake you KNOW!? smash1 was a very amueture map. My first Q1 map really. He didn't have to critisize it sooo much. It's all in MY stile! I was trying to keep the same idea flowing. Ahhh, whatever... now I'm just bitching! 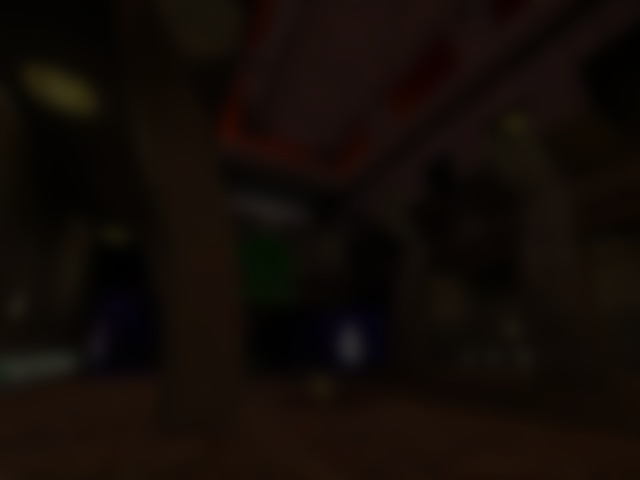