WOOF! GET IT NOW PLEASE! YE-HAW!

.. and converting the dreams into great maps.

Love the design of the jump pads. They look awesome.

Gameflow is great. Botplay is nice. You can stand at the very end of the map and just rail everybody from there with hardly any disturbance. Didn't play against humans yet but it's fun for sure.

Keep up the good work Nunuk but I'm not quite sure if you can top that one ;)

my next work will be for a mod. the map is 40% done. it is not a space map though. we'll make news in the next days, and say more about it.

however i'm not ready to stop doing space maps either. my favorite thing is to shoot guyz in the air with the rl. for that reason, i'll always love open spaces and therefore space maps.

Agree (0) or Disagree (0)
Nameless1 unregistered
#19   07 Aug 2000
Nunuk has instantly become my favorite space map author with Kleskhights, and he is not going to let us down, as far as i can see :)

Agree (0) or Disagree (0)
Niptlar unregistered
#18   07 Aug 2000
snicker is definately right about the Grenade Launcher, although putting a Plasma Gun in its place is not really that necessary. Adding a Lightning clip and removing the Rail clip would really have helped out.

The level is beatiful, but item placement has a larger impact on the gameplay. This level is still really good, and it is better than Kleskonian Heights.

But he is more interested in pure art than in gameplay that everybody will love to play.

Don't you think he would rock making a map for some popular mod ? Say, duel or RA3 ? Tell him :)

The textures are gorgeous and even my mediocre machine runs it smoothly.

Oh Firestarter, p1mp some more cuz I love your mod and there's not enough servers that run it. Plus, GS Arcade doesn't support it, bugger !!!

I must say that this one is much better than kleskonian hights, but almost completely unplayable in 1/1

It will blow u away, this map rox! I love it!

The GL is not needed in this map and the PG would be better IMO.

Really great use of custom textures.

Agree (0) or Disagree (0)
SiCdeth unregistered
#10   03 Aug 2000
i downloaded the version with the long music file and its a pretty cool song, but its not worth it if you have a slow connection. the gameplay seems like it would be ok (havent played with bots yet. i loke the custom textures alot but i think that the lone RL on that top platform doesnt belong there.

firestarter... dont you have enough pimpage for corkscrew yet :P

Score: 8 (I've had it for a few days and got plenty of play time in on already)

I'm looking forward to Tig posting Unitooldm3a soon (note to tig: there is an "a" version that fixes a vis error, your queue just says unitooldm3) so I can see what you guys think of it. It's a weird map but it plays great once you get to know the layout. Nice and vertical and actually suits tourney play really well. This map here and unitool's are probably my favorite custom space maps so far. :)

Anyway... great look, and very fun in a space-mappy sort of way :-) for FFA. Probably not a tourney map.

Props for including the LG -- the way the pads and plats are set up, you get the chance to shaftkebob someone in midair every now and then, and who doesn't like that?

Agree (0) or Disagree (0)
Octovus unregistered
#2   03 Aug 2000
As much as I'd like to here the music..=) Thanks for making the smaller dl the default rather than the "(There is a second version of this map which doesn't include the 10 meg music file)".

Good map! But once again, it doesn't feel like a space map. For one thing, you hardly ever end up in "the wrong place", which is normally a large aspect of space maps. I like the way Distonic works though.

As mentioned in it's review at The Big House, there is a focus on the RL, which is a little strange for a space map. But let me remind you, this isn't really a space map, it is just made to look like one..though the bouncepads do make it a little more "spacey" then Kleskonian Heights.

I also loved the bouncepad textures..or I suppose shaders..they are SO cool looking. The bots do get the RA, I don't know where you guys got that they don't from, because they were jumping around in that area a lot.

They got the RG too, or at least some of them did. Just most bots have a pref for RL over RG anyways, so you might just not have seen them using it in game =-). But no, they don't go for the MH..and I don't blame them, either. It's either a tricky rocket jump (which bots can do) or a jump down from the highest RL platform to get it (which bots can't do) so that isn't Nunuk's problem really =).

I don't agree that it would be good for tourney's, however. It looks, upon first glance, as though the RG will be easy to grab in game, but really you'll need to have a gun before you go for it or you're dead. Plus the focus of the MH and the RA near eachother (just use the back-end tele to go up to MH arena, rjump to it, then jump down and grab RA) and the placement of a gl and RA nearby makes for too much camping, even if the RG and LG lie on the other side of the map.

Agree (0) or Disagree (0)
Tyre unregistered
#1   03 Aug 2000
My bots do go for the RG and RA, but not the MH. I don't get excellent framerates though. Better ones than Kleskonian Heights, at least.

One of the better space platforms. 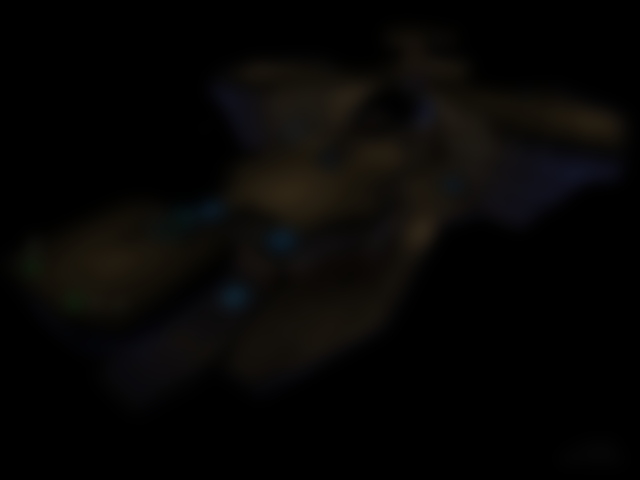