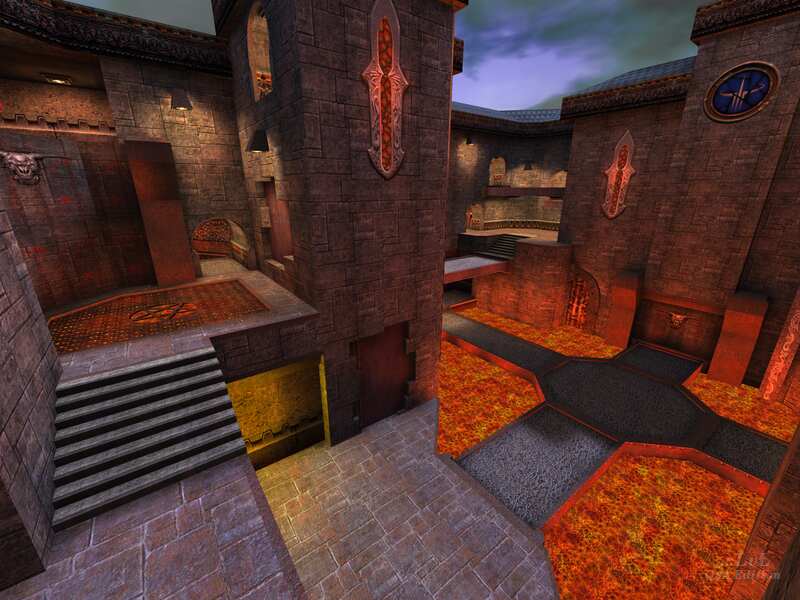 Foo Rep. 100
#3   19 days ago
The lower area from MH bridge to the TP exit in the open area was the starting point for the entire level, and undeniably based on DM4. The rest of the level just sort of came together as a separate thing. So.. remake? Not quite. Partial rip-off? Definitely. There is certainly a relationship between this and DM4, in a limited fashion.

Overall, looking back now, this release focused too much on designing into the texture set/theme while not making the necessary compromises in visuals to allow good gameplay. It suffered from not spending enough, or indeed any, time in a blocked out basic layout that could be iterated over to produce something enjoyable to play. Too many tight corridors, complex but not interesting interconnectivity, and the open area is just too large and flat.

I have some ideas now for how this might be remixed into a level with stronger gameplay, and the map file is still available, so perhaps one day.
Edited 52 seconds after the original posting.

EmeraldTiger Rep. 2432
#2   07 Aug 2021
In my personal opinion, anything with a remake tag should be following the layout of the original to the letter. Not necessarily the same scaling of course, due to obvious physics differences between games, but as far as the relative position of doors, teleports, rooms, etc. those should correspond to the original map. As HS mentioned there are several maps which clearly take heavy inspiration from dm4, like the teleporter "dead-ends" and the lava catwalks with branching paths, but they execute it in a much different way. Old School by r_speeds and Use and Abuse (swelt remix) by FxR|Jude and swelt are also both tagged with the dm4 remake tag, but they are also quite different in so many aspects that they cannot, to me, reasonably be called remakes anymore, and doing so might mislead players who are looking for a truly faithful remake, which maps like The Bad Place (3) by SpAwN are. In a game like Quake 3 where subtle differences in layout can make huge differences in gameplay, I feel it does matter.

Maps take inspiration from other maps all the time in so many different ways. Cliches, tropes, recurring concepts, etc. exist because they're tried, true, and tested and just because one map started the trend doesn't necessarily mean that maps borrowing those ideas are remakes, unless the layout is identical to the original (scaling differences notwithstanding).

HelterSkeleton Rep. 5551
#1   06 Aug 2021
@Tig you are playing the devil's advocate here aren't you? An intersection about an environmental hazard + seeming dead ends to power-ups/weapons that are mitigated by a teleporter are defining features of the bad place frequently replicated in a spate of the official promode maps. So replication of these 2 features are certainly prevalent and the their source of inspiration are all one and the same map. But while inspired by the bad place I wouldn't call them "remakes" as such that would be more or less direct translations of the map. We have the term "conversion" but this is not the same as a remake for me, as a conversion is simply a translation of a map from one game/mod to another: so a conversion would also amount to a direct conversion; they mean one and the same thing. A conversion is a remake with respect to translation to a new gaming engine whereas a remake is a direct translation of a map, but it needn't be a translation into a new game engine. So how does a conversion differ from a remake? i.e. why would one remake a map identically for the same game engine where it already exists? Some changes must be allowed. I think a remake preserves layout, but may modify scale, items, item placement, textures but a change in engine usually necessitates such changes anyway. So essentially we can say there is really no meaningful difference between a conversion and a remake but they always follow as closely as possible the original, deviating only of necessity (differences in engine, refinement of gameplay) and usually cosmetically as well (which might also be necessary). I'd say it was inspired by the bad place (and potentially to a sufficient degree to suggest a lack of originality/creativity on the part of the authors but evidence of a diligent learning exercise). But it is not that far removed from the source of its inspiration not to be included as a remake. I don't think it is - but I think players interested in that format will be interested in playing this map. Without any other theme tags, it is justified. This is why I suggested "Quake 2 style" as a theme for those maps that were inspired by quake 2 but were not direct copies of quake 2 maps either - for those maps with a quake 2 feel that people who like quake 2 would also be interested in. The truth is you could probably introduce a unique theme for almost every custom level, but then the themes would become meaningless. does the bad place warrant "bad place inspired" as a theme? Well there are enough of them to justify it, but I think the remake serves it just as well. "quake inspired" would be too vague a theme in this case.
Agree (2) or Disagree (0)




Review

Download

Comments

Votes

Overview

Media

Screenshots

Panorama

Video

Readme

Bookmark

Browse 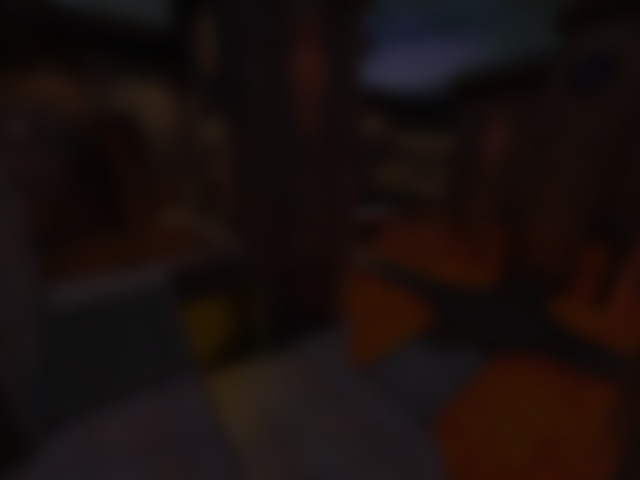