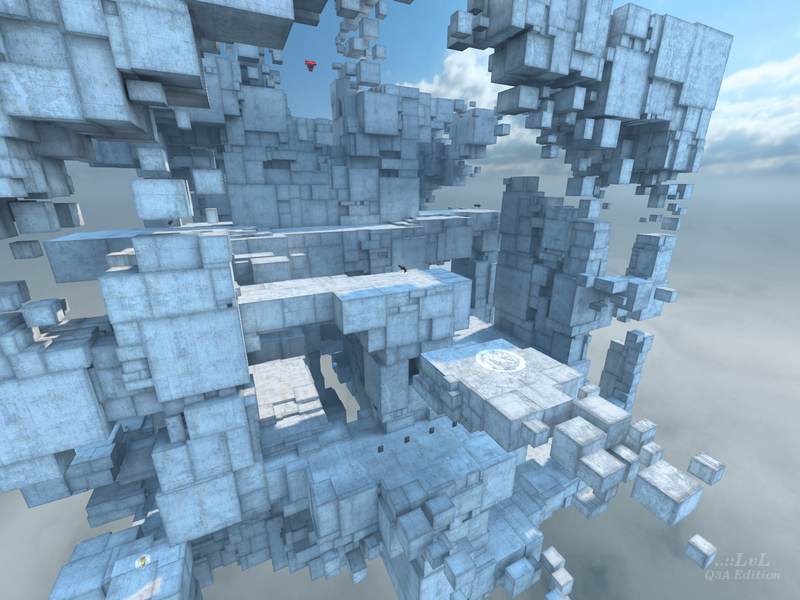 HelterSkeleton Rep. 5311
#28   07 Nov 2021
This one was hard to rate. Creative concept and looks amazing, and item placement felt really spot on but some map elements tend to blend in with the overall aesthetic and many of the block elements look accessible only to discover they have been clipped. There are also some very precarious/vulnerable spawn locations. Overall a 4 for effort and creativity from me but the aesthetics can sometimes hinder movement, orientation and sighting in the heat of the moment. Things I don't really want in a space map (an already troublesome style of map). Great take on the genre though.
Agree (1) or Disagree (0)

raspatan Rep. 4134
#27   13 May 2020
Many comments are about low FPS. I guess nowadays that's less of an issue. Other comments were about gameplay. This is clearly not a beginners' map because yes, you can fall a lot. The map forces you to take measured steps and jumps. But after a few rounds and a bit of patience, the amazing gameplay will emerge. Bots are jumping around all the time, which is great for mid-air frags :) The views are so refreshing. It's a bliss to look at it.

I honestly think this is one of the best FFA maps around. It's also great for a 1v1 with another human. Definitively in my top 10.

CleanedUp Rep. 82
#22   30 Dec 2013
Wow. Can't get this to load on my computer even with the .pk3 in /baseq3. -I think i have a graphics card issue. But It just looks incredible from the screenshots. Reminds me of oa_shine, and then you see the 2nd and third screenshots and are like &^ this is something else entirely.
Agree (3) or Disagree (0)

vortexbeast Rep. 272
#20   27 Mar 2013
I note that some players are very intimidated by this level. It's too easy to misjudge and fall off, and that restricts the free range of movement one might ordinarily enjoy. Play is hesitant rather than heated. I note too that the flow of the map isn't apparent to some players even after multiple plays.
Agree (2) or Disagree (0)

themuffinator Rep. 978
#18   08 Feb 2013
I'm rocking a Duel Core 1.5 + GeForce 210 so I don't exactly have a beast of a machine! Nevertheless I can still get a solid 250 FPS on practically any other map though, this map definitely pushes the boundaries. The other rig I've got is an i5 with some kind of built-in graphics, also a tad sluggish here. Using desktop res in-game (1152x864) with all other settings up max. No anistropy/antialiasing.
Agree (0) or Disagree (0)

But yes, this map does push the limits of this 13 year old game engine.

My computer is a bit old but usually doesn't show FPS problems in Quake at all.

I should point that I also have bad FPS with "Null And Void", by FKD (pity because it also looks great).

Tig Rep. 1184
#15   06 Feb 2013
@themuffinator & Nova: My almost 7 year old video card has no issue at all, which is why I never mentioned the possible frame rate issue based on the high polygon count.

Out of curiosity, what is your set-up so I can update the review.

But I love the alpha version and I'm keeping it.

themuffinator Rep. 978
#12   01 Feb 2013
It does have that familiar look about it. I can't put my finger on it whether I've seen such a design in another game or in a movie, but I really get the feeling that I've seen this somewhere before. Unique to Q3 though, quite memorable and the layout is well thought out considering it's just a bunch of blocks yet it actually plays well.

Huge performance hit - getting ~20FPS around most of the map. Maybe some clever antiportal use could have made it a bit more efficient? Considering this its a 4/5 from me.

Kyall Rep. 317
#9   30 Jan 2013
Definitely an imaginative map! Usually I just bookmark maps that look good and try them out some time in the future when I have time to, but I had try this one out when I saw it because of how amazing it looks.

Gameplay is quite good. Haven't tried with real players yet, but the bots go surprisingly well on it, considering the layout of the map is a bit complex. For me, I can always hear some fight going on just round the corner, but it is a bit hard trying to find it the way the map is made XD

Graphics are excellent. The texturing on all the blocks really suit the map. I couldn't think of a more suiting skybox than what is already used. The cool hardware looking portals are an awesome idea, and the bouncy pads are really good too. The brightness of the map makes it much more immersive, which is a good think to have on an unrealistically unique map such as this. I recognize these unique textures from Ludonarrative Dissonance, another awesome map involving Lunaran.

The architecture is excellent. You know that it is good if they go to all the extra time just to make awesome architecture that you can't even fight on, like in some of the walls where you can see the blocks getting smaller as they fade away into the wall, or underneath and on top of the map where you cannot get to. A lot of effort put into it if you ask me.

Overall an awesome map that is worth the download. If only it was a bit bigger and there were bouncy pads that could take you to the top, but I suppose it was a smart idea not doing that, so it minimizes the roasting of marshmallows XD 4/5

zorius Rep. 71
#8   30 Jan 2013
It's not just beautiful; it's rather hard to believe seeing those screenshots, that it was made in q3. Especially the ones which were made inside the map, and you look toward the outside.
The global illumination adds so much, that it looks like if it would be a crysis map or so. It's so "alive".
I love just to stare at others maps, and also love the mapping itself too. But the best is to read articles, like Lunaran has written, about the background of creation.
Masterpiece for sure, it's like a sculpture. The spirit, the essence of level design.
Thanks for making it!
Agree (2) or Disagree (0)

The map was so slow on my comp (mind u i have a phenom X4 9950 and a GTX570), I couldn't really play it. I think that the layout is ok? I just wasn't able to adequately enjoy this geometric masterpiece you have here, so I apologize if I can't tell you anything other than it looks fantastic and I'm sure you put a lot of effort and time into it. Perhaps you could try this idea with a different approach? Sectioning off the map would definitely make it more playable.

Regardless, artistically speaking this map is great. Unfortunately I can't tell you how it plays since I was hovering around 30-40 fps and down to 20 in the spot I saw 120K poly's, I just can't enjoy it as much as I had hoped to.

FragTastic Rep. 2231
#2   29 Jan 2013
Wow! It's so beautiful. Lunaran, you are literally one of my favorite mappers and this map blows all of the others out of the water! Downloading straight away ;D
Agree (0) or Disagree (0)
Rokdun unregistered
#1   28 Jan 2013
Gorgeous, simply gorgeous. I guess the sobriety of this level won't appeal to everyone, but I just love it!
Agree (2) or Disagree (0)




Review

Download

Comments

Votes

Overview

Media

Screenshots

Panorama

Video

Readme

Bookmark

Browse 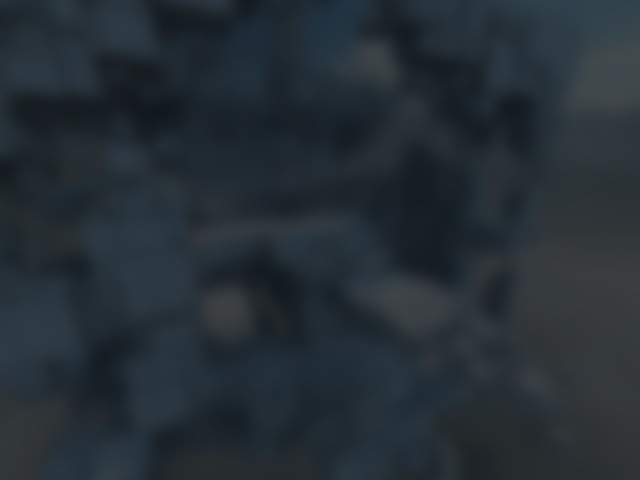