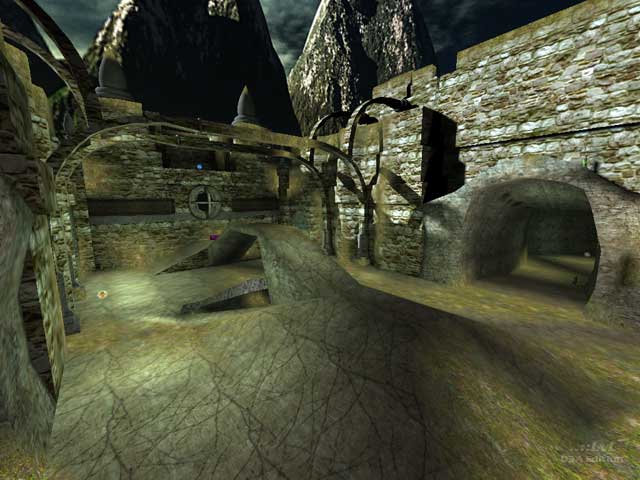 supermaga Rep. 20
#27   18 Jan 2020
I don't have the best video card but its like 2 or 3 gb I think and I get fps around 115 which is very bad. I can only imagine trying to run this map on a smaller video card of the day in 2005/06. The gameplay is stagnant as you are clearly aimed at the ground most of the time. But the fact that there is frame drops and and the map stutters is not good at all. I can run lunarens shoot eye out map with no issues. Clearly a biased reviewer.
Agree (0) or Disagree (0)

(As in the first one)

Hooyaah Rep. 559
#22   08 Mar 2010
WTF is up with the currently low rating of this map? (5.53 with 15 votes) This is a very nicely done map with superb organic elements that work well with the architectural elements. Game play is fluid and the fog and lighting are effective in adding ambiance. Although some custom sounds may have been nice, I see no reason not to rate this map 9 of 10.
Agree (0) or Disagree (0)

Well, the Simpsons map doesn't even come close to taking the prize... but you may have a winner with Gothic Jumper. Higher average framerate, but yeah, I was seeing dips to 40 fps.

There was this map I vaguely recall now where you were jumping around Lilly pads that may actually be the worst offender...

I didn't have any performance problems w/ Sublevel Tokay (shrug). If I did would that make it bad, you ask? Re-read my original comments:

QUOTE: "Even if the map had been properly optimized you'd still be left with the ho-hum game play."

Pushing the limits of the quake 3 engine? Sorry, but none of the maps being discussed come close to pushing the graphical limits of the engine. Estatica has got to be the sexiest map out there and it runs like a champ.

Or how about Dead Souls?

It looks more like a UT4 map than anything Q3 would be capable of. Great game play and consistent FPS.

Now, it was not my intention to offend anyone. I sure didn't think the original author would be waiting around 3 years after map was released to throw a hissy fit. I guess you mappers aren't going to be happy until I retract my comments and offer nothing but unconditional and disingenuous (or would that be dishonest?) praise....

dONKEY, your map is masterpiece. The inconsistent framerates truly push the limits of the quake3 engine (hard to believe this was an aborted geocomp entry). The mind-numbing gameplay is perfect for when I just want to stare at the skybox and imagine it's 2002 and there should be seams there.

dONKEY Rep. 90
#18   16 Aug 2009
Damn someone's sure sensitive!
I know some kids around the gaming scene like to throw insults about, but I'm not stooping to that level.
Like I said if you don't like something, that's cool, but try to hold your temper.
BTW disingenuous doesn't mean dishonest, it means insincere or not straightforward.
Agree (0) or Disagree (0)

oh and its fKd not KFD

here is some high r_speeds for ya :) its in beta and this build is old hahaha enjoy www.filefront.com/...391/q3dmp11.zip

A: The author is being disingenuous w/ his claims (dishonesty annoys me ... especially when it comes to talented coders who take the time to FIX problems and advance VQ3).

C. Apparently is incapable of taking constructive criticism (as evidenced by the comments on this thread).

Again I posted the rawquake link, not to point out point out dONKEY's ignorance of the state of quake3 development, but to help anyone playing with an ATI card. Simple as that. THAT's a problem...?

I understand where you're coming from (as a mapper), KFD, but my challenge stands. IF there is a map that runs worse than this... post the link (even one with equally mediocre gameplay.. if such a thing is possible).

The flip side of the coin is that putting effort or time into a map does not give the author the right to be rude to anyone who gives on honest opinion (on a freaking review site, no less)... or give him some kinfd of pass to unconditional adulation; if that were the case, every map available here would scoring 10/10.

Insofar as I am aware, maps are not scored based on the 'time' or 'effort' made (everyone puts these things into map building)... but on the end result.

Broken, ugly maps with insane r_speeds and poor gameplay aren't going to score high no matter now much pissing and moaning mappers do...

...which is why I frequent this site, instead of randomly downloading all kinds of crap off Fileplanet.

Agree (0) or Disagree (1)
fKd unregistered
#14   16 Aug 2009
dude, you are a bit out of line here. why the rage, just move on and play a different map it you dont like it, no need to try and start a flame war. and dont be so insulting. this dude put effort, time and yes skill in creating some more content for a game you enjoy.

manners are free, just because you are on the internet does not give you the right to be rude aye

So, instead of making lame, irrelevent excuses (read me this, geocomp that, look ma no seams!) and banging your spoon on the high chair, maybe (just maybe) you should look at how your map is scoring?

It's a review site. Don't like the reviews? Don't submit your maps (or grow the fuck up).

If someone can find a map runs worse than this steaming pile of fail on MODERN HARDWARE, do post a link.

dONKEY Rep. 90
#9   15 Aug 2009
'optimized'...lol. A little more vis control would have helped I guess, but you shouldn't over look a few little features...one of those being the fact that this level has the only skybox I am aware of that gets around issues with visible seams on ATI video cards.
Agree (0) or Disagree (0)
^7Rikken unregistered
#8   14 Aug 2009
I have to politely disagree with the reviewer; the r_speeds really ARE that bad. Even if the map had been properly optimized you'd still be left with the ho-hum game play.
Agree (0) or Disagree (1)

Gameplay was a bit, so so...
but with a few more rounds on it, i'll probably get the hang of it. 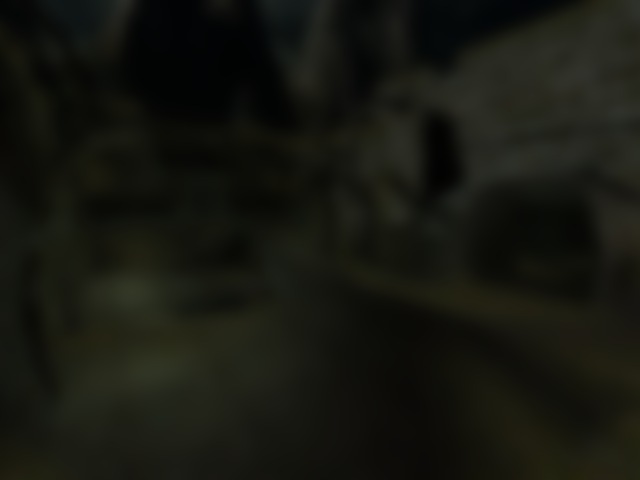