Szaman Rep. 118
#27   02 Jul 2015
I'm disappointment, the map looks good. But it has some irritating things. First of all, the bug sound on the tower, God! its killing my ears! second, where is the BFG? i have even noclip this map to fly around to find it, no luck;/ I know that BFG-s are a bit over-power weapons, but its un-fair for newcomers on this map, the lucky one who find it, are the winners. BFG should be in visible places but hard to reach places. Third, the bots, are stupid even on nightmare level, the can hold still on the landing plate for 2-3 seconds doing nothing! It would be good map, but that bugs, it's just irritating:/
Agree (1) or Disagree (0)
bomb unregistered
#26   12 Sep 2014
make our pit
Agree (0) or Disagree (1)
kaffee unregistered
#25   15 Nov 2013
haha ye i remember the map(i believe at least[over at q3w]), looked totally awesome, a shame it never came to a release. !!! :(
Agree (0) or Disagree (0)
fKd unregistered
#24   11 Nov 2013
yeah lol, i found out after making a map using these textures. was not able to release it after that crushing discovery lol
Agree (0) or Disagree (0)

Takkie Rep. 888
#22   06 Nov 2013
There has obviously gone a lot if effort in this map.
It looks great but i also have some issues with it. The gameplay is low, it is not optimized (as Tig pointed out) and the the visual suprise wears off quickly. After playing a few times the map feels a bit clumsy and rushed wich doesn't do the basic idea justice imo.
Agree (1) or Disagree (0)
Anonymous unregistered
#21   09 Nov 2011
echt cool
das spiel
Agree (0) or Disagree (0)

Hooyaah Rep. 440
#20   15 Feb 2010
Here is another map that I especially admire for its atmosphere and detail. I recommend this one. Note to download The mapmedia.pk3, linked below, if you find the water is missing a shader.
Agree (0) or Disagree (0)

Tig Rep. 834
#18   10 Feb 2010
@Pan61: Those two are the only two directly related to editing. Anything else that is missing is possibly an error on the authors side or within a non-related PK3 that can cause errors in other PK3 files. For example, a script error in 'myCoolMap.pk3' can cause errors in 'yourMap.pk3' because 'yourMap.pk3' will be loaded after 'myCoolMap.pk3' (the pk3 files are loaded alphabetically).

There are a few other ways to generated errors, but that is the main one.

People who have downloaded this map should also download the Mapmedia.pk3 for the missing water texture and if there are anymore missing textures.

Download and copy that file across to your folder. The problem will disappear.

AEon Rep. 463
#11   20 Aug 2009
Awesome looking map that could have been part of Doom III or Quake IV... alas that IMO, is also its problem, though the design and texture choices are really beautiful, the gameplay, due to the architecture restraints is less than average, alas. It is fun to explore the map, but playing against bots is not much fun.

v1l3 Rep. 691
#9   18 Aug 2006
Actually the missing sound (sound/world/x_ominous.wav) can be easily fixed by anyone who knows how to put a .pk3 together with their WinZip. I just found a water swishing sound from a different map and put it together in a .pk3 that sits right behind the maps .pk3 with the same folders and identical named .wav for missing sound within the .pk3 that you make, and then it is fixed. It's kind of an old released map that will never get fixed, considering the amount of downloads that it has already recieved...and how long ago it was made.
Tricks of the Trade. =)
Agree (0) or Disagree (0)

Tryhard Rep. 30
#8   17 Aug 2006
This map is really impressive! And if this tab-tab-tab...etc. sound problem along with framerate dropping could be fixed it would be even better.
BEAUTIFUL SURROUNDING!
Agree (0) or Disagree (0)

Ijed, you miss the water texture ? It is clear_ripple2 from original q3 ! Hmm... it's a strange thing. Yeah, tetzlaff, i miss this sound too. I can't understand this problem, the sound is normally in the map... I think, i must rebuild this shit, wait for it at the next time.

I have a NEW MAP at www.AMAP.net called PHOBOSBASE 1 !!!!! Look at it and pray. Thank you guys.

Unfortunately the map runs too slow on my system to be playable :( 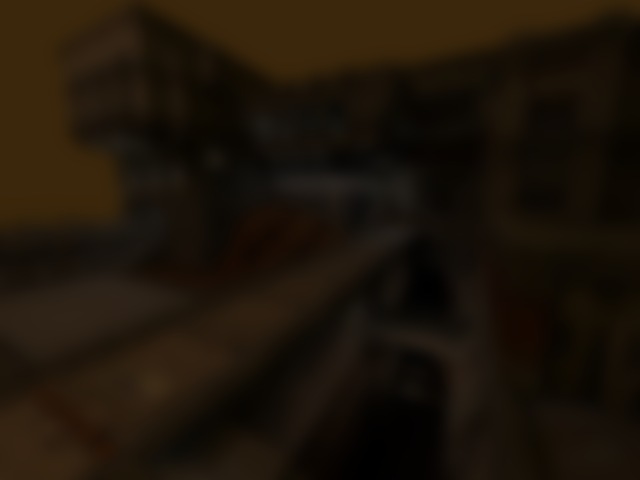