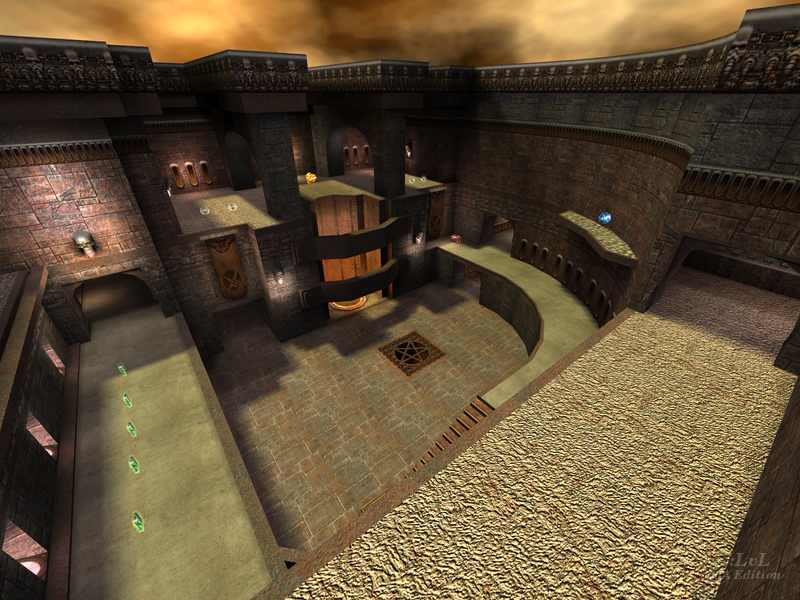 CZghost Rep. 1581
#30   13 Dec 2017
I had recently a duel with bot in this map in Quake Live (training match). Despites being active community, there are not so much servers to play at :( Well they are, but always empty. Oh c'mon, really? What's the point in creating a server no one plays?
Agree (0) or Disagree (0)

Colton Rep. 329
#28   08 Apr 2016
My only suggestion with this map is to put some item_botroams near the jumppad to the plasma gun, and across the side platform so that way the bots can navigate that portion of the map. Maybe even get the bots to jump on the skull lamp. Otherwise, this map is GOLD!
Edited 55 seconds after the original posting.
Agree (0) or Disagree (0)

JADscratch Rep. 437
#26   02 Apr 2013
In no way, shape or form, am I removing this map from my hard drive. This map has such a spectacular environment, and the weapon placement is superb. Play this map with any (reasonable) number of bots, it doesn't matter. Plus, you will always find new and creative ways to maneuver around this map. All in all, a crown jewel to any map collector's stash.
Agree (1) or Disagree (0)

EmeraldTiger Rep. 2432
#18   19 Jan 2011
This is a good map, but I have to agree with MuffinMan that it does get stale. I also agree with him and many other people that the aesthetics just dont cut it as far as id quality goes. The screenshot really makes the map look better than it actually is. Take a closer look, and youll find it`s somewhat dark, the weapon spawn pads seem to hover over the ground and just look ugly and out-of-place, and the layout is awkward compared to the official levelset. Like I said before, it is alright, but it is understandable as to why it was left out.
Agree (1) or Disagree (0)

HelterSkeleton Rep. 5360
#14   26 Jun 2009
generally id's q3 tourney and small ffa maps are symmetrical with a limited weapon scope (rail vs rocket, lightning versus rocket, plasma vs rocket, shotgun vs rocket etc) and this is what gets annoying about them after awhile. they also included the powerups other than mh (regen,haste,quad, battlesuit - which means absolutey nothing in a map with fog) where this is asymmetrical and carries a full compliment of weapons with balanced health and ammo clips. i think in this repsect id actually took its cue from the custom mapping community. it was obviously meant to be a larger ffa if it was a hommage to the edge so some simple rooms were tacked on the gaps and effort went into even and calculated distribution of weapons (ie the railgun in a dead end at lower part of map, the gl as spamming device in main room, plasma and mh accessible by strafe or rocket jump). if my memory serves me correct there isnt an item on an id map that cant be picked up without using these skills.

Agree (0) or Disagree (0)
Cityy unregistered
#13   25 Mar 2009
@ headrot
no - it's not exactly the same map! I think there are some differences at the MH platform and the higher area where you can find the PG and the item placement is also changed but I believe you've noticed it already. :)
I would love it if someone would release the QuakeLive version of this map worried about no Linux support yet

Btw: This map rocks! Download it and you'll have a lot of fun with it (;

It's got open spaces for railing, tight spaces for rockets, trick jumps for days, and lots of ways to cut guys off in the chase. woot! great fun for lunch time dueling!

The main area that's pictured looks excellant, but everything else looks quickly thrown together in an attempt the finish it. Not to say it's horrible by any stretch of the word, but you wonder if it was worth saving in this day and age of maps with just as much fun, with better looks, and a lot more work put into them.

Agree (0) or Disagree (0)
StormShadow unregistered
#2   01 Nov 2003
I dont know if i like it. The layout is decent, but the aesthetics are below average. I had some fun playing this one as an FFA on a pub server, but i dont think its quite id quality. Maybe if i played it as tourney more..

The whacky respawn times aggravate me as well.

Agree (0) or Disagree (0)
Tig unregistered
#1   01 Nov 2003
Something about this map makes me keep coming back to it. Its appears very simply at first, yet the layout works so well. It has something for all types of players (so long as you like smallish levels) 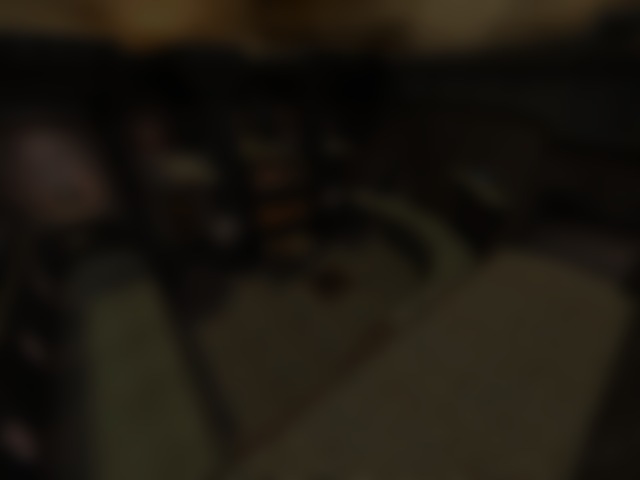