HelterSkeleton Rep. 3501
#10   10 days ago
loved the use of curves but wasn't too impressed with the gameplay. Connectivity between the upper and lower areas is poor as was the connection between rooms: mainly by corridors. the weapon spread wasn't that good either. I'm not a big fan of the use of haste as a power up except when it is used for large maps and to make high reward frame-based jumps of which there weren't really any. Useful for a quick exit from al those corridors, but like Shadow already said, too far away to be worth grabbing, except by rocket jumping (as mentioned by Octovus).
Agree (1) or Disagree (0)

raspatan Rep. 2205
#9   13 days ago
A map with surprisingly good gameplay, give how rough it is. As the review suggests, it needed more polishing to make it a great map. Still it is very enjoyable. Not enough for a keeper imo but quite fun for some rounds, particularly that middle room (pictured).

PD: Actually, Equim has some great maps not listed under his name. You can find them in the Turtle Map compilation (2, 3, 4 and 5), available on this site. He is also a coauthor of the "Never Enough" map (lvlworld.com/review/id:1613), which has been featured here, and is imo among the top Tourney maps ever made for Q3.
Edited 4.65 minutes after the original posting.

Agree (1) or Disagree (0)
Shadow unregistered
#8   06 Jun 2000
Gameplay isnt all that good as battles are limited and everything is isolated. The haste was put in such a remote area that its not worth the time to go get it. A lot of action ends up around the jump pad/rl area, so you can control the game by just sitting on the upper level there.
Agree (0) or Disagree (0)
Equim unregistered
#7   23 Apr 2000
Thanks for the comments guys, I hope some pple vote for me after the crash here at LvL wiped out my rank :/

Agree (0) or Disagree (0)
Octovus unregistered
#2   11 Mar 2000
Right tx a bunch for that cough wonderful cough insight Dr. Erd. A map that played nicely for tourney, ok on 2 vs 2, and not much else. Still much better than many of the maps I have on my harddrive. I found the multiple PGs a little odd for tourney play, though that still ended up as the best gametype for this map IMHO. The RL placement was a little weird, but still fine, the RG was nice and the RA was absolutely perfect. The two ways to get the haste, one involving rocket jumping the other not made the "race for the powerup" more even. An all-around good map, keep 'em coming. =)
7 outa 10. 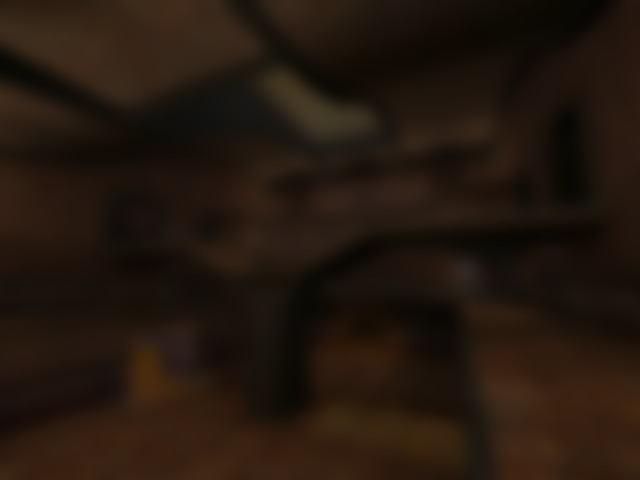