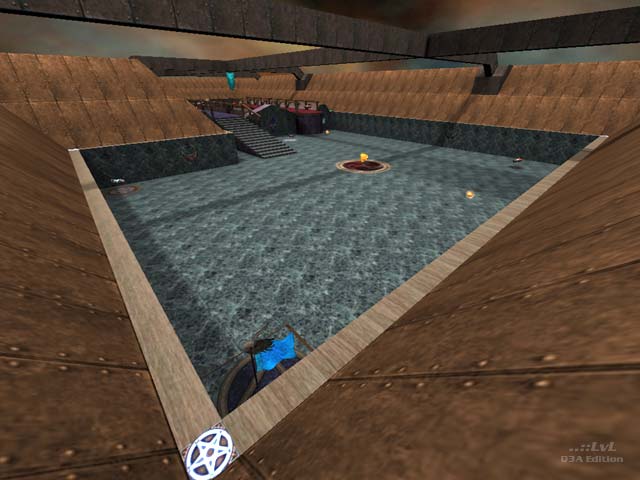 HelterSkeleton Rep. 5311
#21   05 Dec 2020
I'm gonna extend on Gorf's comment. This map serves as a good base and has a lot of potential but here is where I think it could be improved without introducing too many cosmetic changes. Red armour in the middle and MH at each base. This would allow for the possibility of fast caps using the RL and also base defence. I would have also liked to have seen both bases get a teleporter and accelerator pad instead of only one going to each base. using an accelerator pad instead of a bounce pad would have been nice as well. if you had all of this it would have made a great 2 v 2. also: the author's retaliation in the comments section is a little unfounded. You can't really excuse poor design and give a glowing review when comparing these levels to other mappers who have obviously put a great deal of effort into both look and game play.
Edited 7.42 minutes after the original posting.
Agree (1) or Disagree (0)

Gorf Rep. 230
#20   29 Apr 2015
I think too many people are giving Fire a bit of an unnecessary hard time( attitude notwithstanding of course) but hey. So far, the both maps I've played by him, I've thoroughly enjoyed.. You know....a game, nor a map needs to be an architectural masterpiece to be fun to play.....after all games are about the play not the sights and sounds...those are just extras. Al ot of you are sounding like you have been too spoiled to appreciate the simpler things in life.
Edited 1.4 minutes after the original posting.
Agree (5) or Disagree (0)

KommissarReb (SW12) Rep. 2210
#19   04 Nov 2012
I remember playing this map in the bazooka mod, and it wasn't that bad. Save for maybe the center area which could have been harder to get from one side to another to enhance the gameplay. 3/5

...though Firethrottle could have spent "9 months of sunshine" improving his mapping skills instead of insulting people giving feedback on his mediocre maps.
Edited 1929.5 days after the original posting.

krlozbreak Rep. 0
#15   06 Dec 2010
=)
Agree (0) or Disagree (1)
ShadowZombie unregistered
#14   28 Apr 2009
@ fKd
It's nice to see after all these year's that people can still get a kick out of fireass's ignorance. ;)
Oh and for the map's concern.... It blow's big donkey ball's. I would've never released anything I first made with the radiant. Like both himself, his map's and his comment's. They lack a serious amount of common sense.
Agree (0) or Disagree (0)
fKd unregistered
#13   28 Apr 2009
hahahahahhaa thanks for the laughs! this made my day! such great quotes as "I'm an agressive kind of guy, that's why i play Q3A, when all other pc games are for kids" or "I know you love the sound of your own voices" hehehehe gold voices? that does not sound good. and theres more "Is there a particular reason that Seremtan, and all the commentators had to be so stiff?" im guessing its pron.. right? Firethrottle you are great! bwahahahahahahahaha
Agree (2) or Disagree (0)

Rawing Rep. 70
#12   05 Aug 2008
He's REALLY aggressive. Your map doesn't have to be one of the seven wonders, but i guess it will get boring to play this map coz there's like no design in it. If you like your map, then run Quake, play it and stfu.
Agree (1) or Disagree (0)
Madan unregistered
#11   28 May 2005
This is what I get for defending this buttmunch, he trashes ALL americans and brits.

What an asshole. Man, I just changed my vote back to a "0", you moron.

Agree (1) or Disagree (0)
Firethrottle unregistered
#10   16 Jun 2004
Maybe you chicks ought to start shaking your heads, an' listen carefully for liquid sounds. And what's the matter with my attitude? I like my attitude. I'm an agressive kind of guy, that's why i play Q3A, when all other pc games are for kids. I'd like to meet you, Zombie... Your name scares the living beejesus out of me.
Agree (0) or Disagree (1)
Firethrottle unregistered
#9   16 Jun 2004
Well that just calls for an answer. First of all i never said that i liked "Wilderness". And just like almost every other stupid cow in this miserable planet, you guys think it's all about YOU, and YOUR mapping abilities. You are called upon to protest, when an amateur desecrates YOUR holy Arena. Because its YOUR game, right? Nobody else deserves a spot under YOUR own, private sun, right? But the real fact remains, that your response is IDIOTIC and totally uncalled for. Yadda yadda yadda, all day long. I know you love the sound of your own voices. Well, you mean, petty bitches can't cut a guy some slack? Is there a particular reason that Seremtan, and all the commentators had to be so stiff? So somebody posted some maps, and yeah they weren't one of the seven wonders. SO FUCKIN' WHAT? You seem more than slightly miffed, he he he! After all, THIS IS JUST A GAME !!! You are supposed to have fun, you shitheads. At least, nobody told me, that this is a contest for digital architecture. But who cares about your childish contest? Who cares about map making, you lame assholes? GET A LIFE! Maybe you got some problems, and major complexes and such, but don't tell me! Well, we don't need therapists around these parts, boys & girls. We've got nine months of sunshine. OK, u got it, no more maps from me you lucky sons o' bitches. Cause this is a community of assholes, by assholes and for the assholes! Grow up, girlies!

PS: Can you write a good song, you map making American pigs & limey Brits? Or it's just bombing civilians and humiliating prisoners for you? Maybe you were born dead...

Agree (0) or Disagree (3)
Madan unregistered
#8   28 Feb 2004
As usual, the assclowns on this site judge a map before playing it. Unlike Firethrottle's POS map, this one is actually quite good. The brushwork is decent, if underdone and the map's simple but unique appearance and layout work well. Since everyone gave him a 0 and the simple fact is that this map is a lot better than a 0(there are some really scary fucking maps out there), I gave it a ten.
Agree (0) or Disagree (0)
BXpress unregistered
#7   21 Oct 2003
well, it just sucks.

Read a book about Leveldesign or something. learn how to use your tool... and dont release maps after 2 weeks ampping Xperience...m00h

Agree (0) or Disagree (0)
Kaziganthe unregistered
#6   16 Oct 2003
Firethrottle, quite frankly I think that you should be banned from posting your maps on Lvl period. If your map is reviewed and gets shot down, there is, 9 times out of 10, a REASON. Plays beautiful with a 3vs3? I'm sure it does. I'm sure that the gameplay is so FUCKING good that it completely outweights the fact that the map doesn't look very good. Do us all a favor and take reviews and DO something with them, IE make better maps, and stop bitching about how your maps are so frikin good.
Agree (1) or Disagree (0)
not entered unregistered
#5   07 Oct 2003
BWUAHAHAHAHAHAHAAAA!!!
Agree (1) or Disagree (0)
Zombie unregistered
#4   25 Sep 2003
man you must settle down you have one hell of a bad attitude, i map and yeah i havent released my first maps ever, and i make great looking maps with a great gameplay combination, so this shit about focsuing on gameplay rather then looks is bullshit, you need to learn how to take it, and not like a little whiney girl, c ya
Agree (0) or Disagree (0)
not entered unregistered
#3   20 Sep 2003
a few suggestions: when you are new to mapping, never release any of your levels. plain and simple. im glad i didnt cos compared to what i can to now they were utter crap.
Agree (0) or Disagree (0)
fred macmurphy unregistered
#2   20 Sep 2003
someone stole my crescent wrench. >:E
Agree (1) or Disagree (0)
Firethrottle unregistered
#1   20 Sep 2003
Listen up you candy-ass, i sent these two maps (reptctf3 and 11) deliberately, because they play fucking beautiful on 3x3, and they are suitable for low-end machines, like mine. And you fucking buried them, because you like to look at the pretty buildings? I 'll put some fucking obstacles and pillars up your throat, you mama's boy... Mabe i should send you some demos to show how to play in these two maps. And what are you anyway? An accountant? The fucking aristocracy of the community? Fucking Tim Willits who emails authors and instructs them to forget about gameplay and focus on architecture? Are you stupid or what?
Agree (0) or Disagree (2)




Review

Download

Comments

Votes

Overview

Screenshot

Readme

Bookmark

Browse 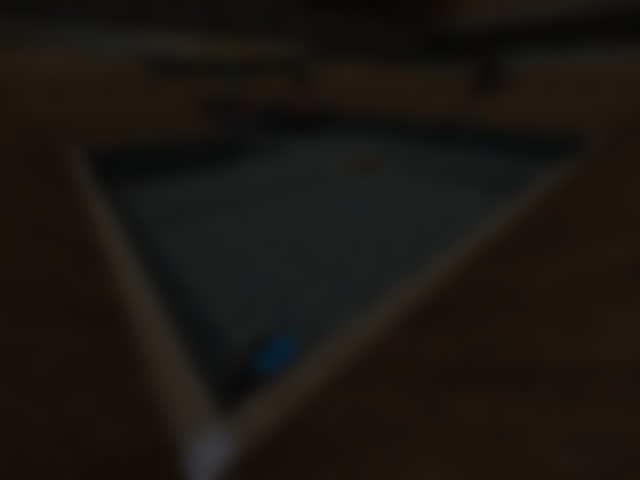