KommissarReb (SW12) Rep. 1758
#1   05 Jun 2011
So what's your favorite mod? I can't really select one as my all-time favorite, so I'll make a list of my most favorite mods!
Bid for power-Awesome based off of Dragonball Z (a cool Japanese manga series)
HUNT- Cool mod that you fight monsters instead of bots (3 types and you don't need bot support to be able to fight them!!)
Generations Arena-Great nostalgic reincarnation of every other ID game before Quake 3 and bringing all to one big epic battle!
Outpost-Cool single player mod that is somewhat similar to the HUNT mod's engine, but has its own story.

So what is your favorite mod? Write your choice in the comment section below!

EmeraldTiger Rep. 1512
#2   05 Jun 2011
Team Arena. Excellent mod which adds a lot of cool new maps, as well as new game modes, weapons, and items. Besides that I think EntityPlus has loads of potential despite not being finished yet, it`s a simple but genius idea that really adds a whole new realm of possibilities.

- Alternate Fire (I love this one)
- Excessive
- Eternal Arena v4.1
- Bazooka Q3
- Corkscrew (another one I love)
- Catch The Chicken (hilarious!)

There are a few more, but I don't remember them right now. BTW, I agree with Emerald Tiger, Team Arena is an excellent mod.

But is Entity Plus a mod? or a utility used by GTKRadiant to create custom maps? Because if it is a mod, then I just gotta try it out.

EmeraldTiger Rep. 1512
#5   09 Jun 2011
You should also try PainKeep arena if you like new items or weapons. It has a lot of cool, wacky ideas that really add onto vanilla q3, I highly recommend it. :)

KommissarReb (SW12) Rep. 1758
#6   09 Jun 2011
@EmeraldTiger: I've tried PainKeep arena, but the one thing I didn't like about it is how bots were really tough even on easy. And I couldn't find the names of the maps to play it with cheats to get all weapons and explore the mod more. And I also know how everybody feels about cheats, but constantly fighting battles I couldn't win frustrated me. So I stopped playing it. But I did like the cool new weapons they added. Such as the Nailgun.

@FistMarine:As for Team Arena, I know it is not a really a mod-that you download. But I still think it was cool. Primarily because of the Kamikaze ability. I remember playing on Overdose (my favorite TA map), and the bots would always pick that artifact up, and next thing you know is there are nuclear explosions everywhere! Its like being in an earthquake.

And in addition, I attempted to try out Maldavria, but it wouldn't work right.
Edited 11.4 minutes after the original posting.

EmeraldTiger Rep. 1512
#7   12 Jun 2011
You should try Overlord on Quake Live then, it's a largely improved version of Overdose and there's DevPick servers for it running right now with free jetpacks. I hear it is a lot of fun. :)

KommissarReb (SW12) Rep. 1758
#8   16 Jun 2011
Okay, I'll go give that a try. But have you guys ever tried out Sidrial? Its another mod for Quake 3 that brings it into a whole new world of fantasy and futuristic combat. And I recall Bazooka having jetpacks too. I personally like Single Player mods, but The Dark Conjunction was rather frustrating. How it was so dark and how many times I died in the first level. If you guys think of any more mods feel free to post a comment here.

Kyall Rep. 222
#15   11 Mar 2012
Also, can anyone tell me what the following mods are? Instagib, CPMA, and does anyone know what the mod is that turns your gauntlet into a plasma ball shooter which teleports you wherever it lands?

Instagib is basically a gametype where you only have a railgun, no powerups and health/armor items and is similar to FFA or TDM. You try and kill your enemies but instagib is a one hit KO (One Rail hit kills the player).

I don't know anything about this one except that it's used for trick jumping and different movement (The physics have been changed to suit these trick jumps).

The last one I think you are mistaking for the Unreal Tournament 1999 weapon, Translocator. Which teleports the player to the beacon you placed somewhere in the level.
Edited 3.75 minutes after the original posting.

Kyall Rep. 222
#17   11 Mar 2012
Thank you, PaN61. The gun I was talking about, I remember playing on a server sometime in 2005 on the map Temple of Retribution, Q3DM7. The game type was Freeze Tag, but each player could still use this weapon. Infact, it was almost the primary weapon used. The gun was used by changing to gauntlet, shooting a plasma ball, and pressing the jump button while the plasma ball was still in motion. A lot of people were using it to teleport into the walls and take their enemy by surprise, or just to hide. I was sure it was a mod you could get for Quake 3 Arena.

Kyall Rep. 222
#19   11 Mar 2012
That's ok :D. Also, i'm not sure if this would be considered off-topic towards this thread, but for the mod Hunt, my computer constantly crashes about 5 minutes after starting a game. Is this a problem with the mod? And if so, is there a patch for it?

There needs to be more missions to continue the incomplete Outpost mod.

More importantly, maps with vehicles for Annihilation, like Motorcycles, turrets, even a TANK MAYBE?

(Yes, Annihilation has Vehicles. But the maps that came with it only have motorcycles. And only one had a turret.) 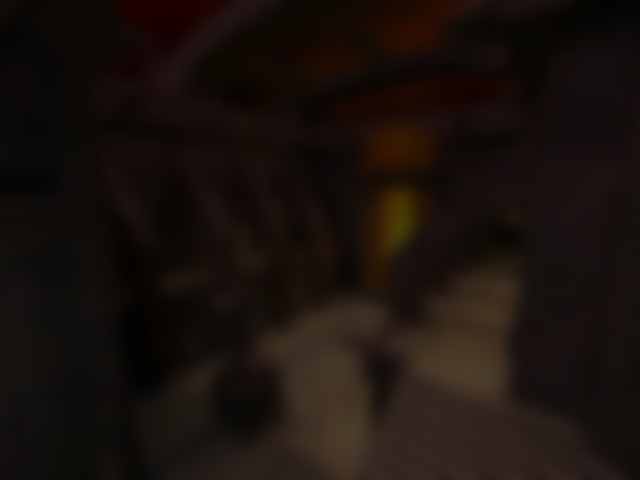