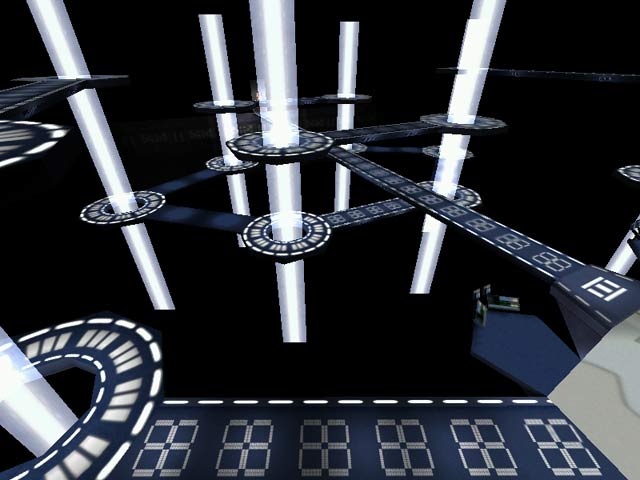 The map does well to recreate the setting of Darth Maul's final battle in the Phantom Menace but the game play is strange. The streaming white light teleporters look cool but there is no way of predicting where you will reappear and it would be a tough call to remember so many connections.

There are bizarre amounts of health in this level, its a rare occasion when you want two 50 health balls together - one long bridge has 5, then another two on either side when you get to the other end and another pair straight ahead. That's bordering on obsessive.

There are a heap of missing textures including custom textures from other maps. Bots play fine, but there is a console error when they are in the sliding force field corridors.

More about the movie than the game play.

Update - This patch fixes a number of texture problems, however it contains a modified version of sfx.script, which may conflict with the Q3A original (22 aug 00). 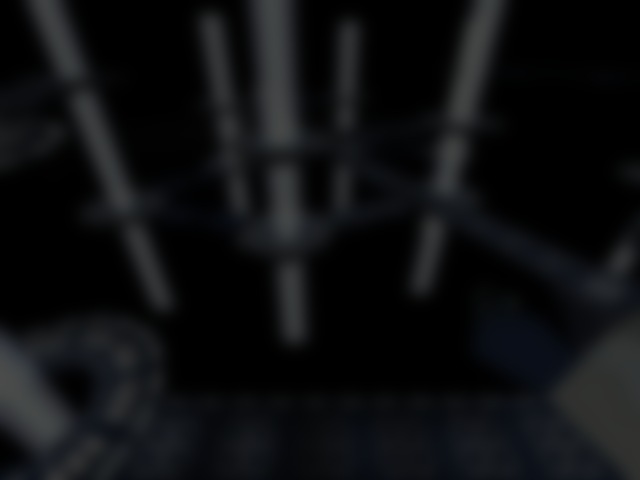