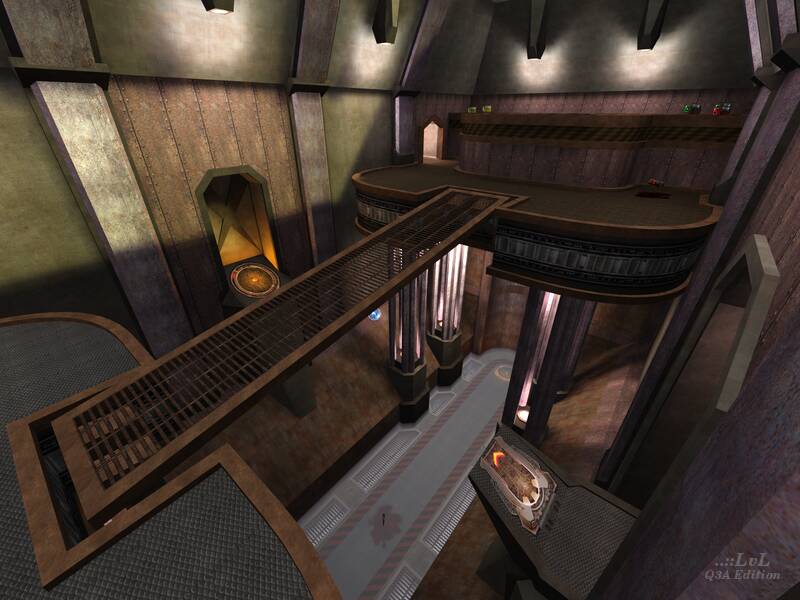 Another remake on offer here; this time it's Wiebo de Wit's, large death match level from 2000, Overkill that receives the treatment by Q (a.k.a. Agent Orange). Those familiar with the original will immediately recognise the layout; much remains unchanged. But here, the author has replaced the pits of red fog with areas down below and also added an extra dimension up top, with a bounce pad leading from the lightning gun to a sequence of narrow walkways and jumps that will take you all the way over to the upper rocket launcher platform.

The author's 2003 reboot also receives a makeover: replacing the original Gothic stonework with a tech-based theme. While the repaint cleans things up considerably, the overall effect sometimes feels a little bland and repetitive but this has been offset by some reasonably effective and atmospheric lighting.

An additional rocket launcher has been added to the game and the grenade launcher has been relocated to a large hallway at the bottom of the rail gun room. The author has even added a Quad spawn in one of the repurposed pits for enhanced Team DM games and fun free-for-alls. Extra spawn locations have been added to support larger player loads however, there is an excess of ammo for the major weapons. I would have preferred if some of these had been replaced with machine gun clips for Team DM (for example, the lightning gun ammo on the middle area where the Quad spawns). Due to the inclusion of additional levels, I would have liked the location entities for team games to include reference to the upper, middle, and lower areas to better locate team mates.

If the aim of the remake was simply to clean up the surfaces and remove unwanted fog deaths then the author has been successful.

If the author's intention was to improve game play for TDM then the inclusion of extra levels, spawn points and the addition of Quad are all welcome changes, but the location entities are a bit sparse on details and the ammo clips for weapons were overdone. Bots navigate the level well and overall the author has done a fine job.

If you liked the original you will also find this fun to play on. And for those who haven't, you should definitely give both a try. But some may be unhappy with the texturing. 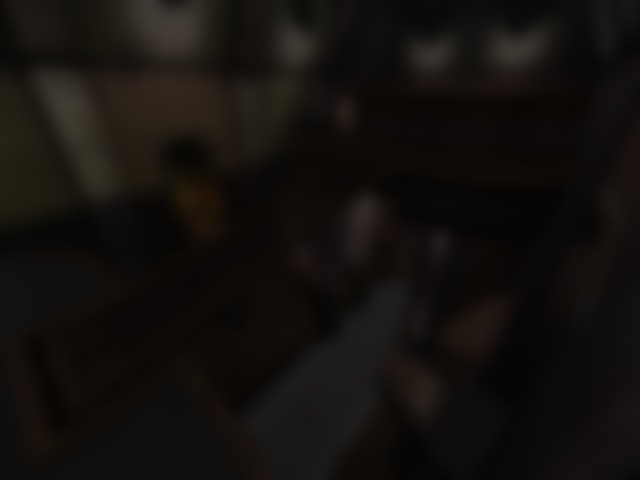