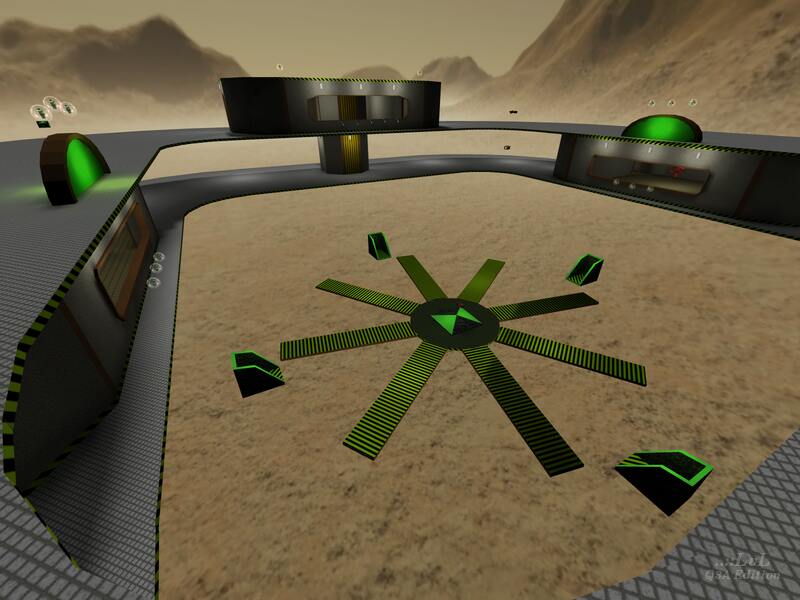 Together with Skyb0tz and Catwalks, this map completes a M00nbot trilogy. It's instantly recognizable as a true M00nbot map, as it is a neat blend between his other two maps. AlienBotz is another space map (including a working skybox this time). Thankfully, the author has mostly done away with the narrow walkways that adorned his other two maps, but they are not entirely gone.

This map is basically a large, two layer ring with small indoor rooms on the sides. There are automated elevators that go up and down by themselves which allow you to move from the lower layer to the upper layer. These elevators move excruciatingly slow, though, so it does take the speed out of things a bit. I'm not sure why the author didn't simply opt for a jumppad, because I think that would have worked much better.

In the middle of this all, below the lower layer, there is a giant asterisk-on-its-side shaped platform that slowly spins around. There is a Railgun to be found in the middle, above a jumppad that propels you back up to the second layer. The rotating platform has a few problems though. Sometimes it gets stuck and stops rotating for a while. There are four small platforms around it on which you can respawn after dying. The bots tend to get stuck on these platforms and players tend to fall off them.

The open nature of the map makes it easy for anyone with a bit of Railgun skill to dominate this map, especially if you are quick and able to grab the Quad Damage when it spawns.

All in all, it's nice to see the improvements M00nbot has made throughout the maps he has released. AlienBotz probably still won't be a big candidate for a download, but I'm actually kind of curious to see what M00nbot will come up with next. 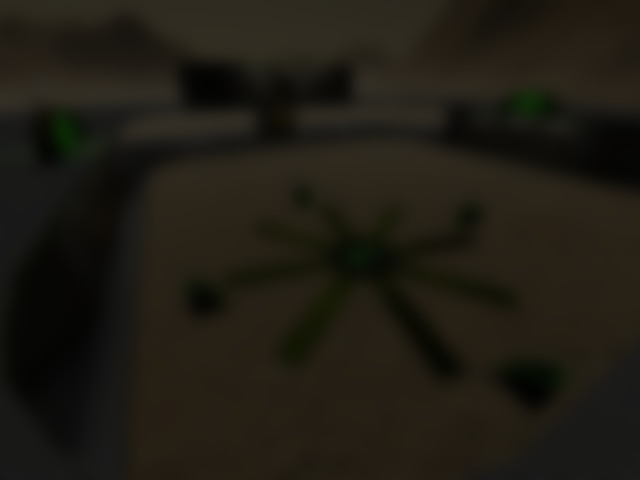