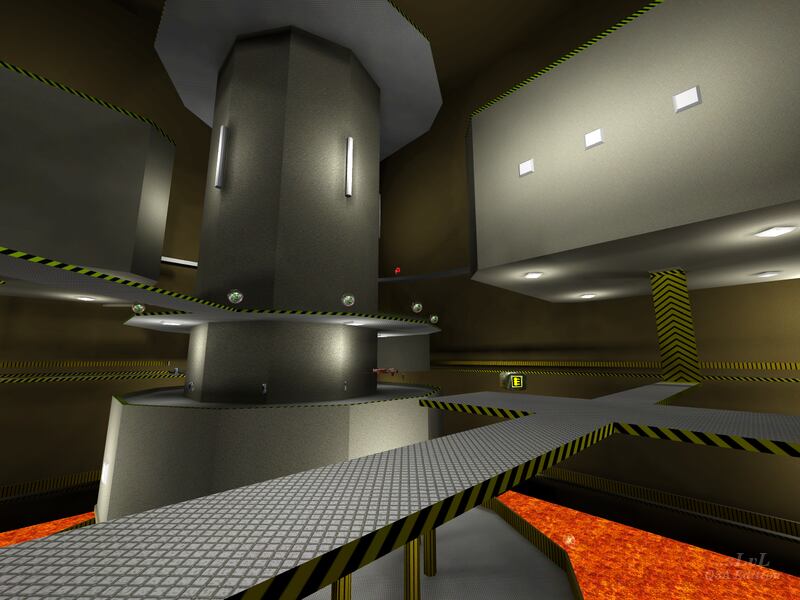 A second map by M00nbot, who is also the author of the skyb0tz map reviewed previously. It is clear M00nbot has learned a thing or two from his skyb0tz map. This time there are far fewer technical issues. All textures are present and even the bots happily run around the map. One thing that is still present in this map are annoyingly narrow catwalks above a deadly pit (filled with lava, this time).

This map does show fleeting amounts of potential though. The center area with the catwalk rings around it could provide some interesting gameplay. There is a healthy amount of vertical action going on. It is just that the potential is never realized because of a few problems. First of all, the narrow catwalks make it a frustrating rather than an interesting experience because you continually fall into the lava or simply can not dodge any incoming fire as there is no room to do so. The second problem is the scale of the whole thing. It feels a tad too large. The third thing, and this is mostly due to lack of experience on the author's end, it all looks very plain.

It is nice to see a considerable improvement compared to the author's other map, but it is probably still not worth a download. 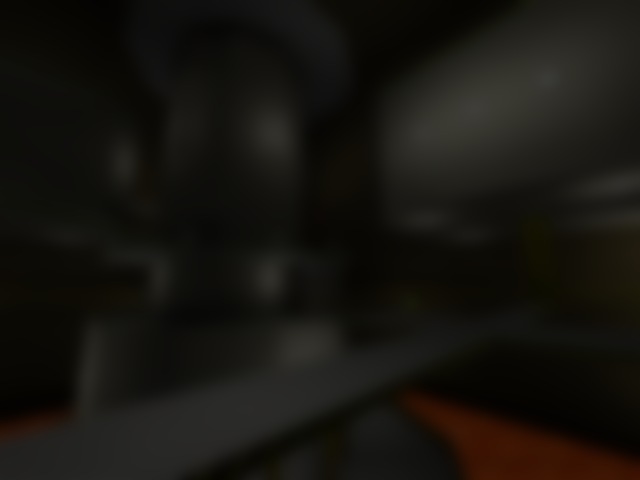