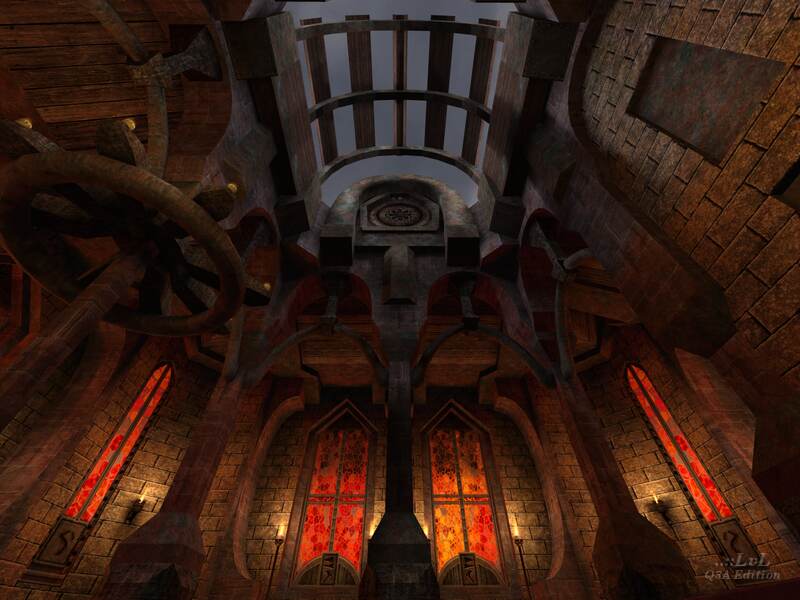 Back in 1996, Tim Willits put together Place of Two Deaths (dm1) as one of the three maps of Qtest, which was the precursor for Quake. Think of it as a Tech Demo. Upon final release, somewhat controversially, the map did not include powerful weapons and in-particular the Rocket Launcher was missing. This lead to a real love or hate of the map with more players leaning on the hate side. The layout on the other hand, is solid.

It is 26 years later and this version has been to Quake Live then ported back to Q3A by Gelenkbusfahrer. The base version used by Gelenkbusfahrer was originally put together by Castle. Without a doubt there are major changes from the original to both layout and the choice of weapons - all for the better. An upper section of walkways are added, which expands the gameplay. The almost pointless secret door to the MegaHealth is replaced an obvious floor button. In the original, a simple jump from the other side allowed access (hence the pointlessness of the secret), the remix requires a more complex leap. The expanding plank over the lava is replace with steps. These are just a few of the changes.

The physical scale change between the Quake and Q3A versions is correct, with the Q3A version being much bigger. A lap time in both is very close. But there are some architecture features that do not seem to match the player scale. Prime example is the main atrium with the Plasma Gun and the raised walkway around it. A player on the walkway is hidden from view from the lower floor due to the large, wide trim between the columns. Also on the walkway you can mysterious step up to the base of the windows but a lower trim section in the corner blocks you unless you jump. Similarly, in the new upper section, you can jump up to a lip that overlooks the lower floor, but the height is wrong. You should not be able to reach that section with a basic jump. A hidden clip brush allows for this inconsistency to happen in both cases. There are also the odd texturing misalignment, like at the base of the jumppad.

At the end of the day, the gameplay is very good. The action is fast. The original suited Tourney matches, this remake suits DeathMatch and maybe 2vs2 games best. Bots can be found all over the map without any noticeable issues.

A very fun map to play and well worth the download. Would have been great if more time was spent to tweak the architecture instead of taking the quicker alternative of adding clip brushes to grant more consistency to the layout. I also miss the plank over the lava. The jump from the button to the moving bridge, then jumping back after grabbing the Armor felt like a feat compared to a few steps. 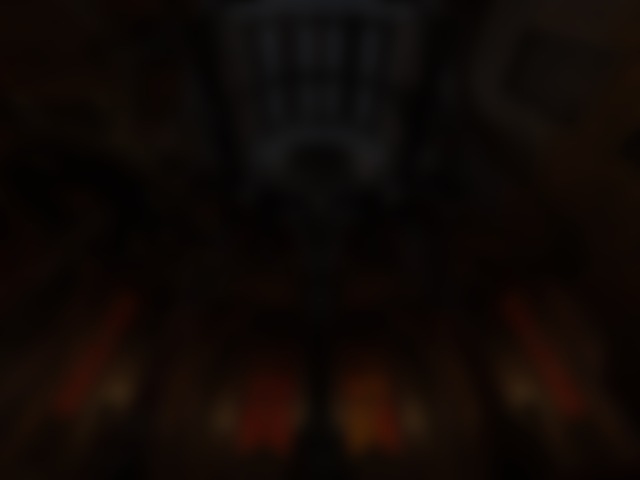