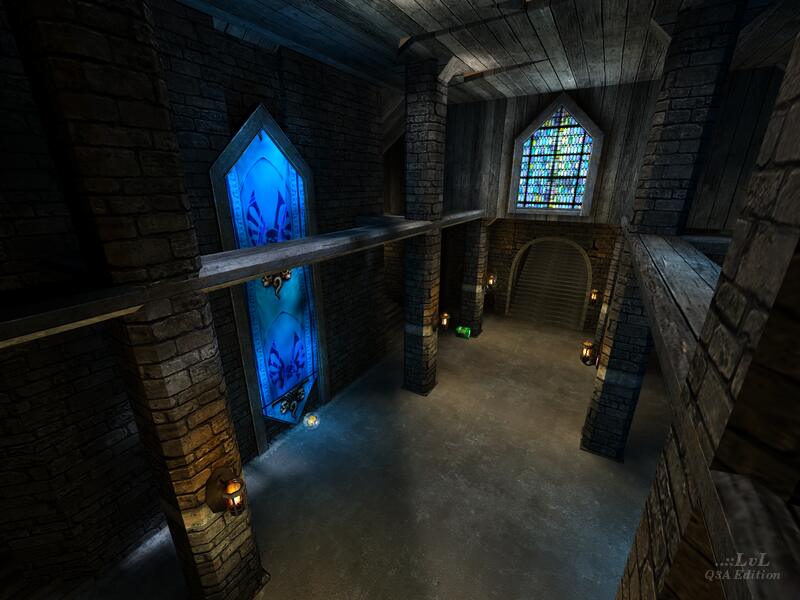 Menace is a somewhat bland but commendable Capture the Flag release. The core of the play revolves around a straight line upon which the rest of the map is built. This line connects the two flags with just a few obstacles and height difference breaking up the space in between them. A handful of tight corridors on the outskirts of the map provide alternate routes to the flag rooms, though the majority of the action takes place along the aforementioned straight line. I felt the corridors to be slightly tacked on, serving only as escape routes or quieter places to gear up - just a bit too cramped to host any full-scale combat.

Item placement is generally alright, though some of it I found to be strange. A row of six health pickups (for a total of 125 health) can be found in each of the flag rooms and the center area contains two Red Armors and a MegaHealth within a few meters of one another. The flags themselves are also oddly placed - tucked away in a small passage and surrounded by spawn points. Kill a defender and then bump into them seconds later as they respawn right after you grab the flag.

Generally tasteful texturing and moody lighting make for a suitable atmosphere, though the looping Amnesia soundtrack was quite grating (implemented via map entities rather than the "music" worldspawn key, meaning it is unaffected by music volume settings). Some care has been taken to add some intricacy and detail to the map's geometry, which I can appreciate. The clipping around the details seems to be a bit inconsistent.

A decent release that could have been worse.

Tigs notes: For map authors. If you want to add music to a release, this is a perfect example of what not to do. Use the worldspawn key music instead. 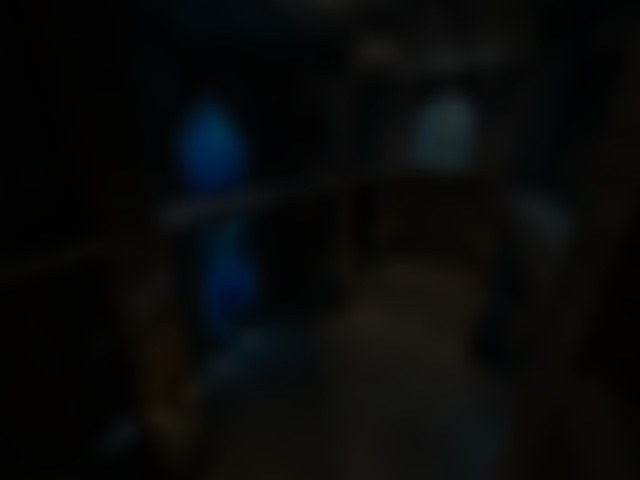