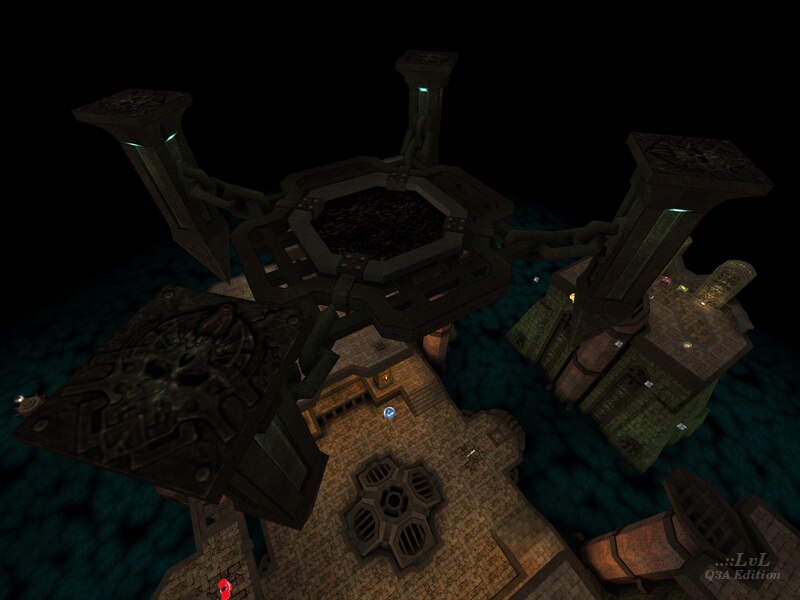 sst13 continues to improve existing maps with The Lost Yard - Extended. This time, not only is it a remake of The Longest Yard (q3dm17), this release is also an extended version of the authors previous remake of the same map, The Lost Yard.

Stylistically, this map is the same as The Lost Yard. A dark brooding night with the action taking place on platforms over toxic water in a contemporary Quake 1 texture set.

What has changed the most is the access to the highest floating platform for access to the now hidden Quad and the a mid-way raised tower with a Grenade Launch. Included on the tower is a switch for the dunking the Lightning Gun all the way at the other end of the map.

Somewhat controversy, the Railgun is still missing from this map. Replaced instead with the Lightning Gun. If this really bothers you, I would suggest giving D!ABLO's map-editor a go to switch it back to a Railgun.

No issues with the bots but they do hang out a bit much on the mid-way tower if they land on there.

While sst13's original re-mix, The Lost Yard was an awesome retelling, this extended version improves the mid to upper area. The hidden Quad is also a very nice touch. 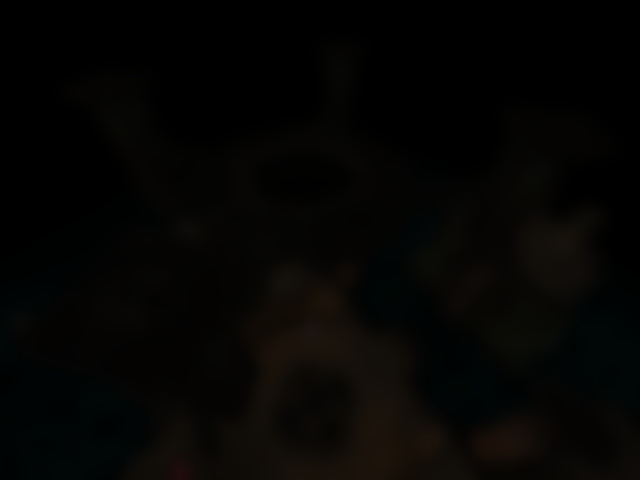