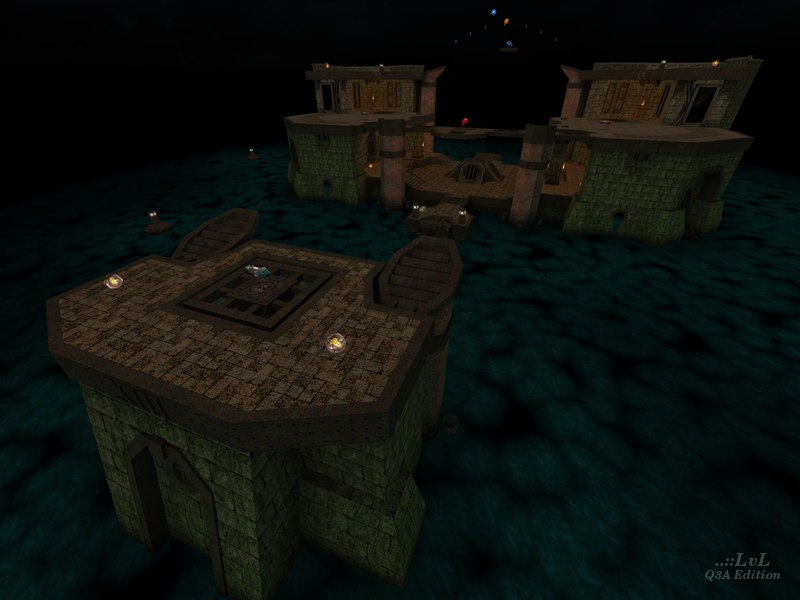 A Quake style re-make of the classic Q3DM17 level.

Love it or hate it, Q3DM17 is arguably Quake 3's most defining map. Over the years the community has been exposed to more re-makes and re-boots of this map than perhaps any other stock Q3 level. Many of these re-makes have been pretty bad, some have been downright appalling.

The Lost Yard, by sst13 is different.

To take the most used and abused Q3 map, re-imagine it and come up with something so new and fresh deserves a lot of credit. The map is not just re-textured in original Quake gothic style, but redesigned and rebuilt too.

Action takes place on massively built gothic towers, surrounded by a sea of acid. The remade Quake textures look good and the solid architecture fits very well. The level of detail is high and carries off the theme convincingly. Jump pads are replaced by wind tunnels and turbines. Dangerous looking buoys float around in the acid sea. And the entire castle structure is secured to the ocean floor by massive heavy chains.

Game play is tweaked from the original, but pretty much in the same vein as you would expect from Q3DM17.

All in all, a very surprising and fresh take on an old map, for me one of the best levels from 2012. DOWNLOAD!

Tigs notes: I'm not a fan of re-makes, but this is different and well worth playing. A lot of thought and design has gone into the release. This is what a re-make should be like. Included is a nice secret area, but can be difficult to find.

Secret area demo: A short demo of how to reach the secret area. 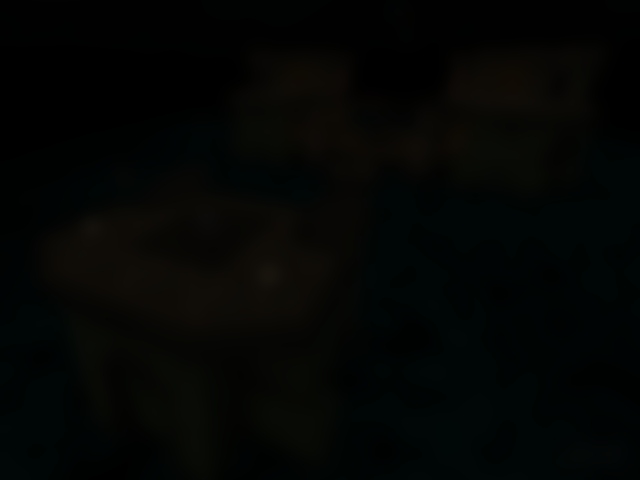